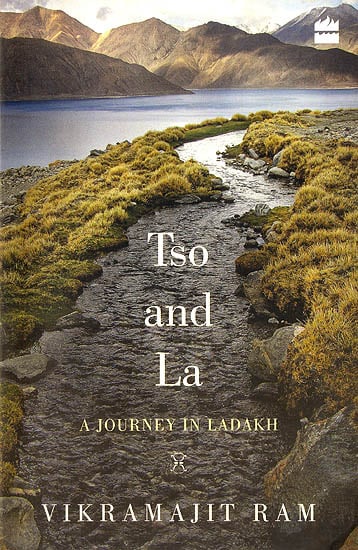 23 years in business
Back the Book

Seeking respite from a novel that has hit an impasse Vikramajit Ram accepts an invitation from his friend Manoj Bawa to join him on a drive to Ladakh. It is the start of the Himalayan summer of 2009 the high mountain passes have just opened for the season. As the journey progresses Vikram find that the quirky company at the wheel and the otherworldly beauty of this Shangri La are the perfect fix for his jaded senses. On a high literal and metaphoric on the Highest Motarable pass the world he abandons his doomed work of fiction to write instead of this journey.
The outcome derives its title from the Ladakhi words for lake and pass.

Weaving together elements of art and architecture natural history and biography, Tso and La is a tribute to this enigmatic and deeply musically corner of India. Against a backdrop of uncontainable grandeur Manoj and Vikram find prayer flags and child month magpies and wild glacial lakes and surreal sand dunes. Four week and 8,200 kilometres later the friends return home to Bangalore. Once throws himself into a new job the other embarks on a new journey of words.

VIKRAMAJIT RAM was born and educated in Bangalore. After graduating in 1990 from the National Institute of Design, Ahmedabad, he worked for several years as a graphic designer. His first book, Elephant Kingdom: Sculptures from Indian Architecture (Mapin, 2007), is a cultural history of the Indian elephant, told through depictions of the animal in ancient art. It was followed by a travelogue, Dreaming Vishnus: A Journey through Central India (Penguin, 2008). He is presently at work on another history.

The beige leatherette album looks feels and smells well travelled. The hand rests on the cover for a moment before turning it open. The glassine papers interleafing the black pages lift and settle with a translucent crackle.

Firm in their yellowing corner tabs and captioned in white pencil the monochromes have mellowed to silver amber. All date from the short Himalayan summer of 1957. A frail wooden bridge spans a broad river. Montane tree lines advance to cold serrated crags. There are several panoramas of a vast water body that may be an ocean, dark specks in the desolation are people, tents yaks or outcrops it hard to tell.

Groupings of men occupy other frames tight as a unit and smiling raffishly for the camera. I late twenties and thirties they are kitted in army regulation boots and woollens. Their numbers remain reassuringly constant across the pages. Trim-moustached visages come to sport full wild beards; brows have creased and darkened from squinting long and hard into the horizon; goggles and flapping overcoats provide more clues to conditions. One still life strangely moving recalls two enamel mugs on a windowsill overlooking snow-clad vista. There are individual portraits too inscribed by comrades in arms. The captions indulge flashes of whimsy. A highland beauty in jewelled headgear and outlandish robes shares page-space with a severe bare-bosomed matron. Elsewhere a highland chief (from his garb) poses with the album owner (then a captain) who is similarly attired. Now in his eighties the colonel is in his living room. The house in this leafy New Delhi neighbourhood is cool and quiet; may 2009 outside is witheringly fierce. The album is balanced on an armrest between us. Together we’ve slowly perused the whole collection. I case back the pages to the waterbed identified in the caption as pang gong Tso.

Colours whispers the colonel brushing the view lightly with the back of his hand. The hand lifts like a bird hovers and alight softy back on to the page. A botched procedure last summer has stolen a vocal cord so there’s forced economy to his words. He turns with that disarming smile. In the water. Tell me about them when you return.

It will be several days before his son and I arrive at pang gong. Tso is Tibetan Ladakhi for lake. La is the word for mountain pass. We must touch a high La ad from there descend to the astounding silence that is the lake. Perhaps it is the salinity of its water lazed by the chill sun that causes the colours that fill it to the brim. I spend our first afternoon there assigning names to some.

There’s moonshine blue and an Ella blue. An emerald blue and a jade blue. Ming and Wedgwood, pharaonic and feather lightning and nightmare dolphin mystic flam be cold-love. A surprise permanganate of purple turns celadon in turn saturating as verdigris neon. I drag my eyes back to our pebble beach when a clamour of brown headed gulls congregates near the Colonel son (hereafter referred to by a diminutive of his name) who has perched himself upon a rock.

The Neptune of man’s jacket matches a plume of that hue in the water. He raises his camera; the gulls lifts into the breeze as one battle the current and land bolder and closer. My travelling companion has a knack for perfectly framing birds on the wing. Another penchant for running marathons extends to motoring he has drive up from Bangalore and the drive down remains. The gulls suddenly take to the water. Man turns with a laugh. I issue a mock-regal wave and return to my nomenclature of blues.

The opposite shore seems an eternity away. Where the water meets its hem of ashen ranges is a blade sharp line of colour so intense it wouldn’t care a damn if it were named or not. I stare at it for ages then lie back against my rock. The sky is transparent alabaster. I shut my eyes against it all.

This journey summer 2009 has no agendas: no work in progress or proposed-work no arcane quest or fact-finding mission. Each day thus far has been shaped by timing and chance not by minute planning and research. The old album it had emerged without ceremony is a very good example.

Another is yangchan Dolma’s thermos of Kahwa for khardung La. 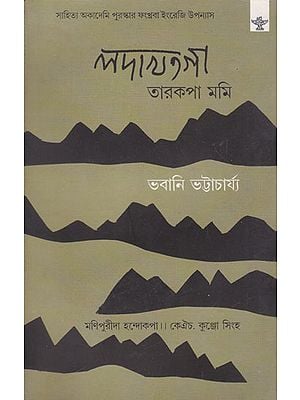