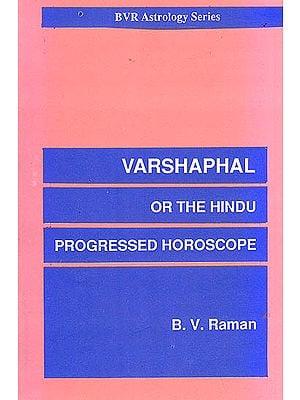 Varshaphal or The Hindu Progressed Horoscope

$17.50
Quantity
Notify me when this item is available
Preface to the first edition

The idea to write a book on the mode of casting and interpreting a Progressed Horoscope first came to my mind in the year 1931. This was mainly due to the persuasion of my revered grandfather late Professor B. Suryanarain Rao. Then I took up the study of the Tajaka system of astrology as propounded by Kesava and Nilakantha and I was surprised to find that the results (Annual arrived at according to this system were remarkably true in many cases. This naturally led me to make further investigations and I was impelled to prepare an exposition based on the Tajaka system, which would enable one to read one’s annual results from the Progressed Horoscopes with sufficient accuracy. The manuscript was submitted for the approval of late Prof. B. Suryanarain Rao and it was highly appreciated by him. I calculated a number of Progressed Horoscopes and found that the indications were practically in conformity with the actual results obtained, only in such cases in which the Tajaka principles were scrupulously applied not only in the matter of aspects but with regard to the code of interpretation also. In regard to the Varsha-dases (annual Directions) in many cases, the commencement of Dasas synchronised with the important events during the lives of individuals.

One peculiar feature I was able to specially mark was that whenever the Progressed Horoscope was interpreted without a consideration of the birth horoscope the results went off the mark. So I concluded that the interpretation of an annual horoscope must have been intimately connected with the birth horoscope and that if the one was divorced from the other, the conclusions were bound to prove erroneous. In my conversations on the subject with many pundits I heard some of them say that the Tajaka system of astrology could be applied only to charts of individuals who have passed the age of 30. I would like very much to hear from as many readers of this book as may be possible, about their own experience, after they have tested this method of annual reading.

No apology is needed by the author for placing this exposition before the educated public in the English language for the first time with suitable illustrations, as the value of the Astrological Publications cannot be underrated especially in view of the fact that the present generation has begun to realise that astrology is as much a science as for instance zoology or botany is. In the following pages an unvarnished account of the principles of Tajaka system has been placed before the readers with the author’s own humble observations. I crave the indulgence of my readers for any suggestions they think proper with a view to their being incorporated in a future edition.

Preface To The Thirteenth Edition

I have been the first in India to present the Tajaka system of astrology in English for the acceptance of the educated public in any easy and simple style. This book is not a verbatim translation of any of the existing versions of the Tajaka system. But it is essentially a product of my researches in the field of Tajaka, though mainly based on Neelakanta and to a lesser extent on Kesava.

The Tajaka system has a certain uniqueness as it enable one to forecast events of immediate importance. Though not much in vogue in the South, Tajaka is of late gaining increasing adherents thanks to its own predictive importance.

The book has been thoroughly revised. Having regard to my humble experience extending over five decade, I have had to change my views no only in regard to the most important basis of the Tajaka, viz., the duration of the year but also certain other aspects of this system. These have been elaborated at the appropriate places.

The special features of this edition are:

1- A new chapter on Muntha has been added giving details of its results and significance.
2- While only half-a-dozen Sahams had been dealt with in the earlier editions, all the important Sahams – about 35 – have been explained.
3- A new chapeter on Yogas details their significance.
4- The Chapter on “Hints for Judgement” gives the author’s observations in the light of his experience on the workability or otherwise of certain Tajaka principles with appropriate suggestions for research.
5- The summary and the example horoscope explain in detail the practical aspect of Tajaka.
There is a school of thought favouring the view that the Tajaka system is not indigenous but copied from the Greek and Arabian sources. The argument put forward that the names of the Yogas are non-indian that the “aspects” are according to Ptolemy, etc., are not convincing. It is likely that the system originally developed in India might have been copied by the Greeks about 2000 years ago when intellectual and commercial exchange between the two countries were common.

In fact, the “Lots” or points of ecliptic derived from the positions of the Sun, the Moon, the Lagan and planets and the “Terms” Such as those given in the Greek Horoscopes are nothing but reflections of the Sahams and the Hadda Chakra. Hindu writers might have borrowed some astrological ideas from the Greek and Arabian sources and evolved their own system of Tajaka, but that is no arguments that the Hindus borrowed the systems from the Greeks or Arabs.

The Tajaka system is an important aspect of Hindu Astrology and it will be found to be much useful in delineating yearly results accurately. The proof of the pudding is in the eating and I would respectfully commend to my readers the system of Tajaka which I have found quite useful in my extensive practice.

I should say that in a way my labours in the field of astrology, extending for nearly 50 years, have been amply rewarded as the innumerable letters, received by me make it clear that I have been able to make the educated public take a lively interest in the study and appreciation of astrology.

In presenting this twelfth edition of Varshaphal I express my grateful thanks to the public for the co-operation and encouragement they have been extending to me all these years.

I am thankful to USB Publishers’ Distributors Ltd., New Delhi, for bringing out this new edition attractively. 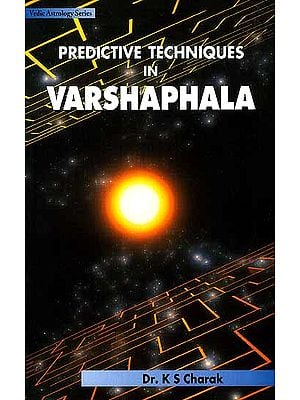 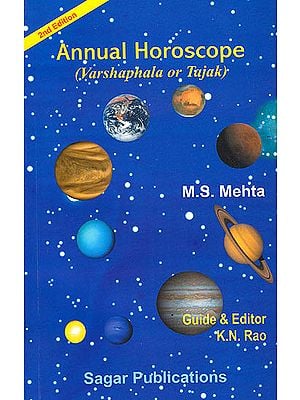 Hindu Predictive Astrology
By B.V.Raman
$20
Out of Stock 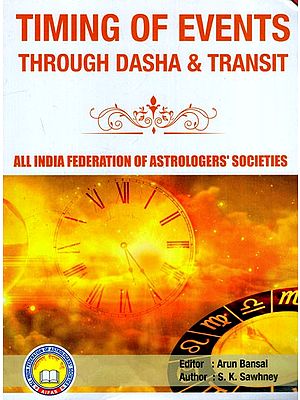 Timing of Events Through Dasha and Transit
By S.K. Sawhney
$21
FREE Delivery 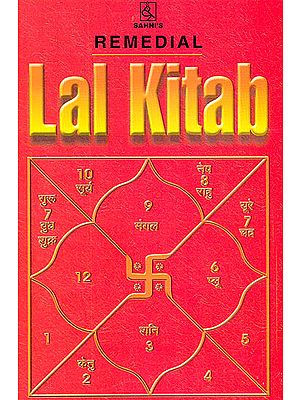 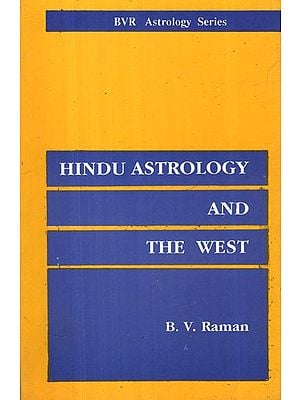 Hindu Astrology and the West
By B. V. Raman
$17 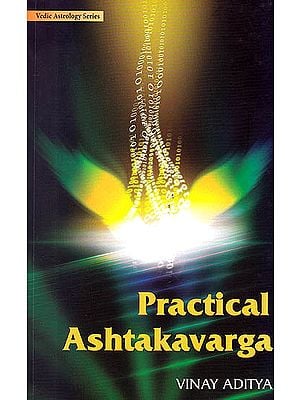 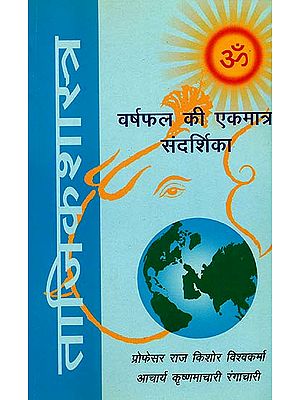 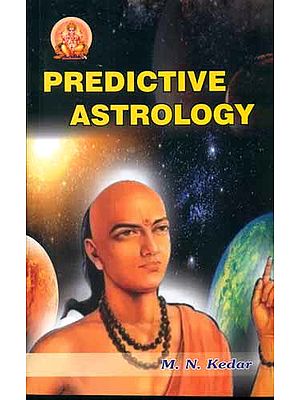