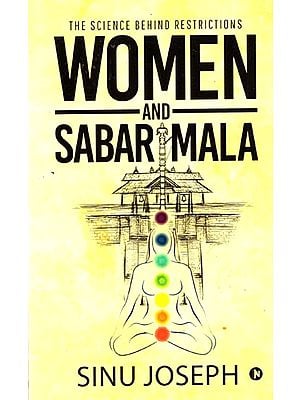 Women and Sabarimala- The Science Behind Restrictions

Women and Sabarimala is an answer to the question "why aren't women of menstrual age allowed to enter Sabarimala? "This book presents a never-before discussed perspective on the science behind the restrictions on women in the Sabarimala temple.

Women and Sabarimala is a rare book and is written from a woman's perspective, explaining the nature of the temple through India's traditional knowledge systems, such as Ayurveda, Chakras,Tantra and Agama Shastra. At the same time, the author's personal experiences simplify the understanding of these deep sciences, providing a glimpse into how temples impact the human physiology and, in particular, women's menstrual cycles. This book will change the way Hindu temples, especially Sabarimala, are perceived and experienced.

Sinu Joseph is the co-founder and Managing Trustee of Mythri Speaks Trust. She has done extensive action-research in the areas of menstrual and reproductive health since 2009. She has travelled across India, interacting with more than 20,000 adolescent girls and women, to get a first-hand experience of menstrual practices and their impact on women's health.

Stepping away from popular narratives that focus on menstrual products, her work has explored native methods and cultural practices around menstruation. Through her blog, she has written extensively on unearthing the science behind native practices and bringing forth a unique narrative, which is the Bharatiya perspective, on menstruation. She has studied several Hindu temples, religious restrictions owing to menstruation and their impact on women's menstrual health. Her study on Sabarimala and the associated Sastha temples explore the way consecrated spaces can alter women's menstrual cycles.

I have been a menstrual health educator in rural India for a decade. One might wonder What business I have writing about Sabarimala because my area of work seems poles apart from a temple like Sabarimala, which. is meant largely for male devotees. In fact, for those unaware, Sabarimala's restriction on entry of women in the menstruating age, is the case which piqued my interest and made me venture into this adventure. I call it an adventure, because it revealed certain aspects of faith and science that I stumbled upon, unknowingly.

What brought the case of Sabarimala into my purview was how it was pushed into limelight by menstrual activists. Movements such as "Happy to Bleed" by menstrual advocates demanded that the legal system of India remove the restriction on entry of women in the menstrual age. What they might not have thought is that if women in the menstruating age entered Sabarim.ala, there is very little chance that they will continue to feel happy to bleed. Why?

This book explores the possible answers to that Why.

Science and Religion One of the biggest learning for me has been the existence of a deep connection that I repeatedly encountered, between indigenous science and religion. Every time I dug deeper to get to the root of menstrual restrictions with respect to religion, it invariably took me to India's native knowledge systems - Ayurveda Tantra, Chakras and Agama Shastra, to name a few. Without the knowledge of the fundamental principles guiding these systems, their interconnection and especially their impact on the human physiology; it is not possible to comprehend such restrictions. The lack of understanding the science behind these knowledge systems is the reason why we find such difficulty in understanding our cultural and religious practices.

India's native sciences understand life at a subtle level. In the language known to modern science, one might term this as meta-science or the quantum understanding of existence. However, in India itself, there have been large periods of discontinuity in constant exploration and research on these subjects, owing to the systematic destruction of native knowledge systems during the colonial and pre-colonial times.

I feel privileged in writing a foreword to the book "Women and. Sabarim.ala - The Science Behind Restrictions" by Sinu Joseph.

The Vedas declare the nature of the Supreme Truth in many ways. According to me, the supreme truth is Lord Sastha. himself: "Sastha adhipathir vo asthu" (Sastha is the ultimate ruler), says Yajur Veda.

Only blessed souls can think, contemplate and have devotion towards this Supreme power. The worship of Sastha was found throughout the world in ancient times, but after the subjugation of Hinduism in the North after Islamic invasion and rule, both worship of Sastha and his philosophy were restricted to the south.

My Lord Bhakta Paripala gave me the duty of writing "Shri. Mafia Sastha Vijayam". I completed the work after a detailed research of 14 years. Worship of Sasth.a is not confined to Sabarimala alone. Lord Sastha, as a Yogeeswara, His dynamic power awakens spiritual. cognition to propel souls onward in their evolution to their origin. 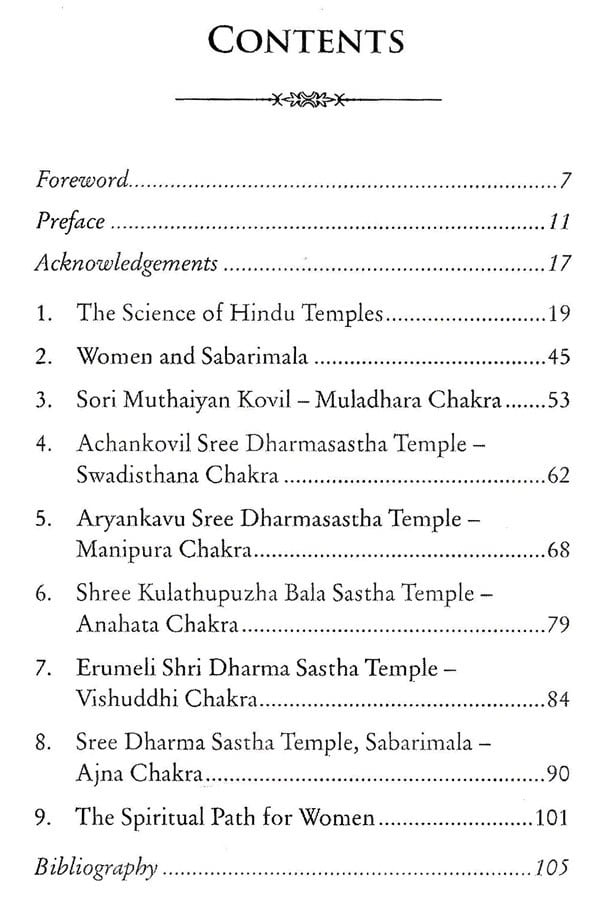 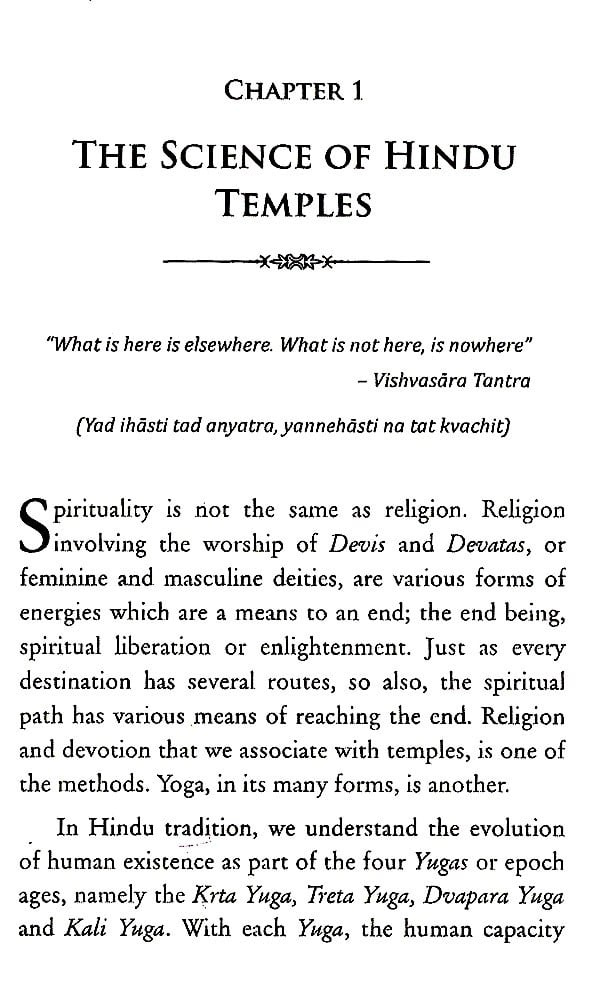 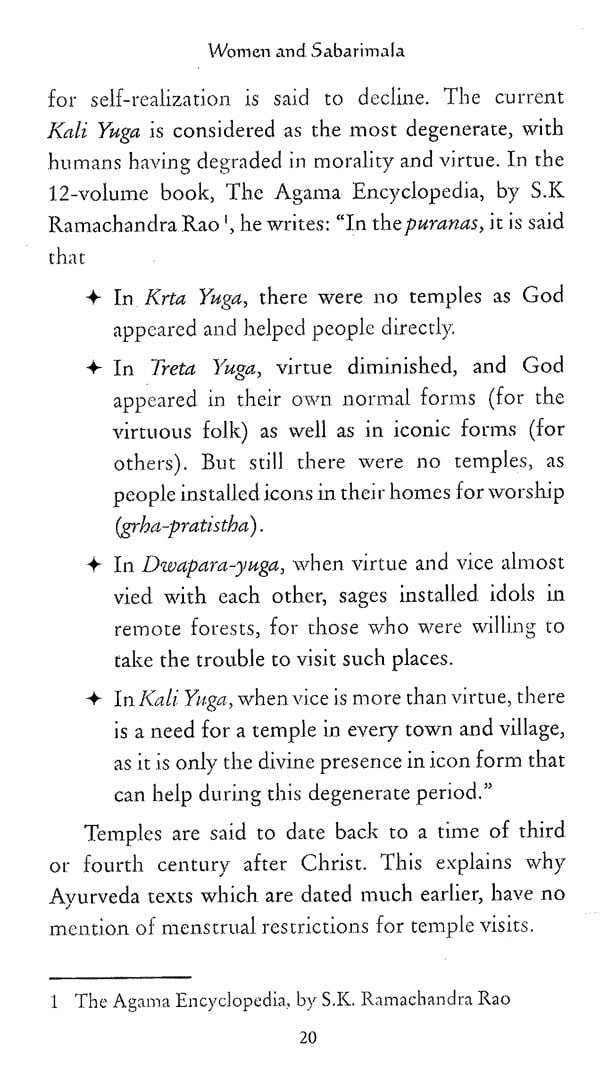 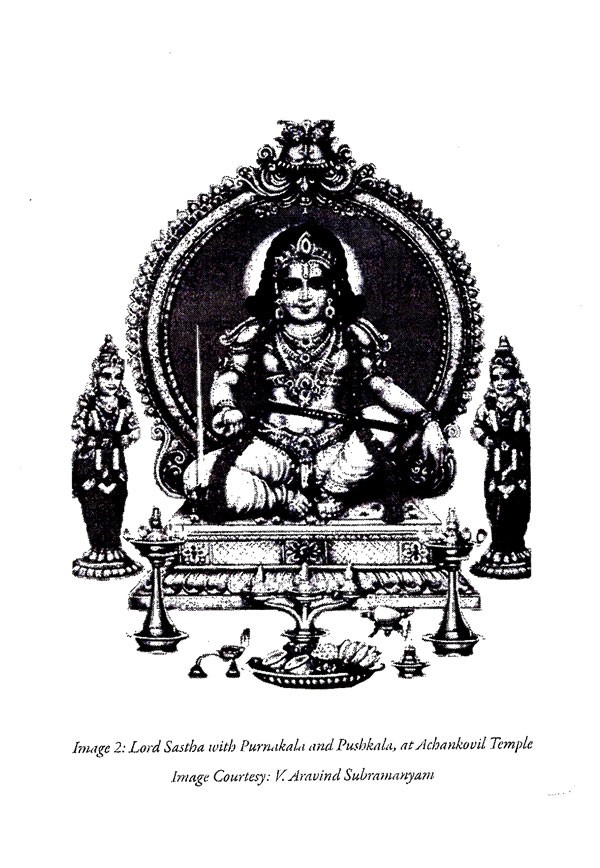 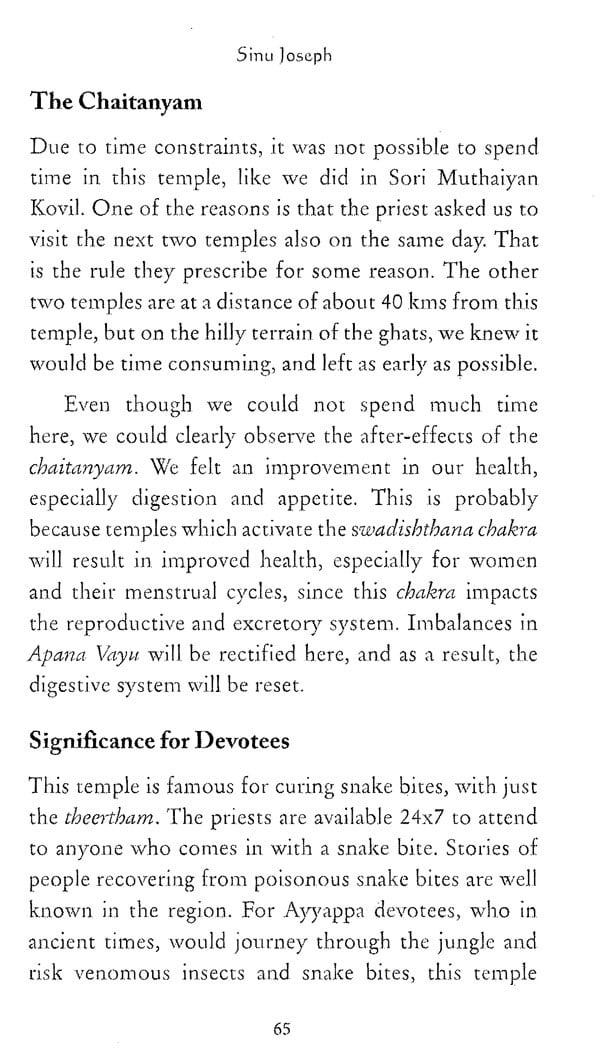