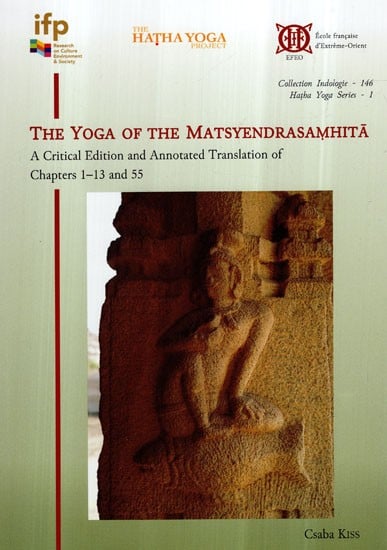 This volume presents the first critical edition, along with an English translation, of the core chapters of a Sanskrit work of perhaps the thirteenth century surviving in five nineteenth-century witnesses: the Matsyendrasaṃhitā. The work is useful as a primary source for the history of yoga and the Śaiva religions: it reveals important links between the tantric cults of Kubjikā and Tripurā and early haṭhayoga. In addition, its frame-story (in chapters 1 and 55) relates a unique version of the yogin Matsyendra’s legend in which his disciple Gorakṣa is a Chola king. The edition is bracketed by a detailed introduction and by detailed notes on the constitution of the text, as well as an annotated translation.

Csaba Kiss is currently a researcher of the ERC Dharma Project (n° 809994), working with the team of the ERC Sivadharma Project (n° 803624) at the University of Naples "L'Orientale". He defended his doctorate in Oxford (2010), after which he joined the EFEO for the duration of the ANR/DFG Early Tantra Project for pioneering work on the Brahmayamalatantra, and later worked in Budapest within the ERC project "Beyond Boundaries".

The first version of this book was submitted as a doctoral thesis at the University of Oxford in September 2009. Preserving the structure of that earlier version, this book is divided into five main sections. In the first section, I give a general introduction to the Matsyendrasamhita, a Sanskrit Saiva tantric yoga text, probably of the 13th century, which had been unknown to Indology until 1985. It has been published once before, in a partial and extremely unreliable edition based on a single rather corrupt manuscript. The work has not been translated until now. After discussing the history of the text, this first section goes on to give specific analyses of the yogic teachings of the Matsyendrasamhita, its cult of Yoginis and of its mantra system. The main objective of these analyses is to demonstrate that the Matsyendrasamhita is the product of a transitional phase in the history of yoga between the Saiva tantric traditions and the hathayogic teachings of the Nathas. Through philological analysis of the text, I provide evidence for a theory that the cult of the goddess Kubjika, including its south Indian Sambhava variant, which intermingled with Tripura's cult, was one of the main sources of the yoga of the Nathas and of mediaeval hathayoga. This is what textual parallels with Kubjika-oriented sources, the text's system of Yoginis and mantras and the iconographic details of its central deities, as well as the early hathayogic nature of the text suggest. The Matsyendrasamhita can thus be seen as a manifestation of an important phase in the history of yoga, one in which there was a process of gradual separation from ritualistic Saiva tantra, while at the same time a retention of much of the ritual structure of the tantras. This process, which entailed the abandonment or concealment of sectarian marks in yogic teachings, gradually led to the early formative period of pan-Indian hathayoga.

In the second section, I offer a critical edition of Matsyendrasamhita 1-13 and 55 based on five manuscripts four of which are superior to the one utilised in the editio princeps. This section also contains descriptions of the manuscript sources and of the editorial policies as well as notes on the constitution of the Sanskrit text.

The third section contains an annotated translation of the critically edited Sanskrit text. This is preceded by preliminary notes on the conventions applied in the translation.

The fourth section contains two appendices. The first is a chart on the contents of patala 26, providing information on the mantric codes that the text uses; the second presents information on Matsyendrasamhita manuscripts in Nepal, which preserve a text completely different from the one dealt with in this book. Included here are details about other Matsyendra-related manuscripts.

The fifth section contains a list of abbreviations, a bibliography and an index.

The Matsyendrasamhita (hereafter MaSam; `Matsyendra's Compendium' or `The Compendium Attributed to the Yogin Matsyendra[natha]') is a Sanskrit Saiva text, a Saiva tantra of 55 patalas. Its approximately 3000 stanzas are mainly in anustubh metre, with a small number of additional verses in other stanza forms. Its Saiva nature is clear from the following observations: most of the text (patalas 2-54) is presented in the traditional form of a (rather one-sided) dialogue between Siva (Bhairava, Isvara) and Parvati (Devi); the first and last patalas constitute a narrative framework relating a unique version of the legend of the famous yogin Matsyendra and his disciple Goraksa (often referred to as 'the Chola king', colo raja), whose connection with the Saiva Kaula tradition is well-established; the main topic of the text is `Sambhava/Saiva yoga practice' (see e.g. sambhavam yogasadhanam in 2.2d and 44.88b). We know the MaSam is a tantra, primarily because there are instances in which it refers to itself as `tantra' or 'great tantra', and secondarily because it touches on all the topics that usually make up a tantra: mantras, the construction of mandalas, mantric installation (nyasa), visualization (dhyana), worship (puja), initiation (diksa), yoga, fearsome and erotic practices, results (phala) of rites, supernatural powers (siddhi), rules of conduct (e.g. kulacara), praise of deities, and the legendary history of its own schools

I decided to work on the MaSam after I read Debabrata Sensharma's edition of patalas 1-20 (SENSHARMA 1994). My plan had been to work on yogic texts that could shed light on the transition of certain yoga traditions from Saiva tantra to hathayoga, and my curiosity was naturally piqued by the intermingling of tantric and hathayogic elements in the MaSam, while the poor quality of the Sanskrit text presented by Sensharma indicated the need for a critical edition of the text. On obtaining the manuscript Sensharma worked from (MS W) and on starting to compare it with his edition (which could be considered the editio princeps), I found the edition problematic. Two examples will suffice to demonstrate why. First, in 1.5a, all five MSS I worked from read sivasaivagamambhodhau (`in the ocean of auspicious Saiva teachings') and this is given in the Sensharma edition as sivasaivagamam bhoyau and emended to sivasaivagamambhyam yo; secondly, all five MSS I worked from read athasanakramam (`here begins the sequence of sitting postures') in 3.1a, which is located at the very beginning of a chapter that is devoted exclusively to asanas. Sensharma gives yathasatakramam and proposes yathagatakrama as an emendation. There are hundreds of problems of this kind in the edition. It seems probable to me that the editor had never seen the MS itself, but instead relied on a transcript prepared by a copyist who did not have a firm knowledge of the Sanskrit language and sometimes had difficulty deciphering 19th-century Devanagari. Therefore, the edition gives the impression of being in significantly worse condition than the original MS, which is the worst one of those now available to us. Having taken into consideration the quality of the editio princeps and the fact that there were four more MSS of the MaSam available, it seemed evident that a new edition of crucial chapters of the text of the MaSam, an important Saiva/Kaula/hathayogic text, based on all its available MSS, would be a useful undertaking. I used Sensharma's edition in the initial phase of my work, when transcribing patala 1. Afterwards I decided to set it aside, because it can be considered little more than an extremely bad and late copy of the worst MS of the MaSam. There is a review of SENSHARMA'S edition of MaSam 1-20 by Enrica GARZILLI in the JAOS, but she had evidently not consulted any of the MSS, and is unaware of the problems with the edition.

Having realized, after I reconstructed the basic mantras of the text, that the teachings of the MaSam are deeply rooted in the cult of the goddess Kubjika, especially in its south Indian Sambhava variant, I gained additional inspiration from two remarks by HEILIJGERS-SEELEN (1994:9) that touch on the problem of he origins of the Natha tradition. [1] "There was indeed a certain connection between the Kubjikamata and the early Natha tradition as represented by the Yoginikaulamata This connection is attested by some later Kubjika texts, which incorporated the doctrine of the Nathas and the Siddhas"; [2] "To what extent both traditions [Kubjika and Natha] influenced each other [...] is a subject for further research". The present volume can be considered a modest step in the direction of the last of these remarks. 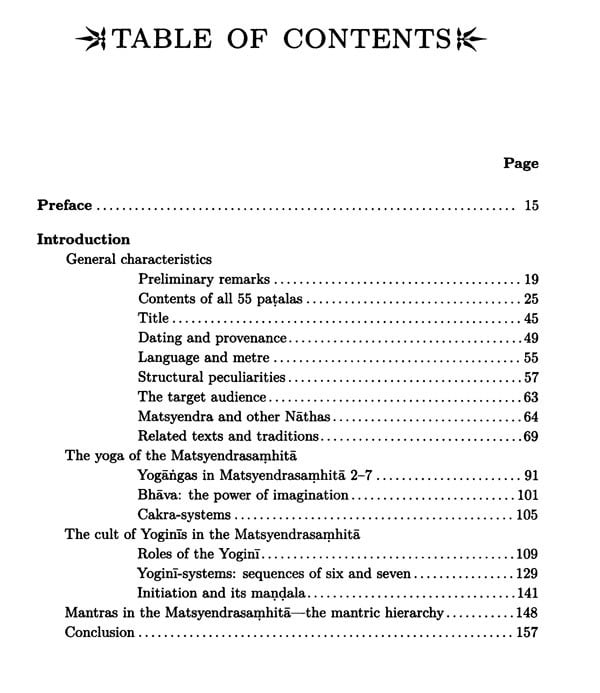 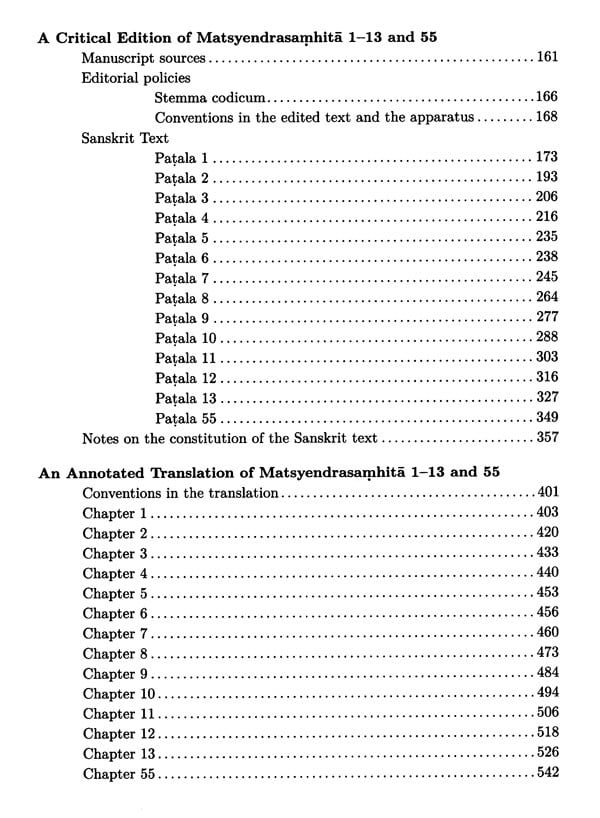 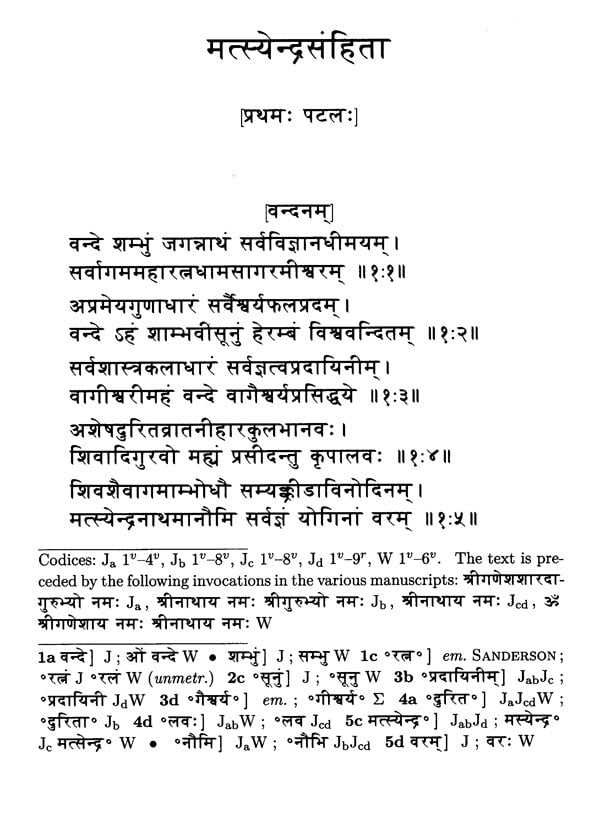 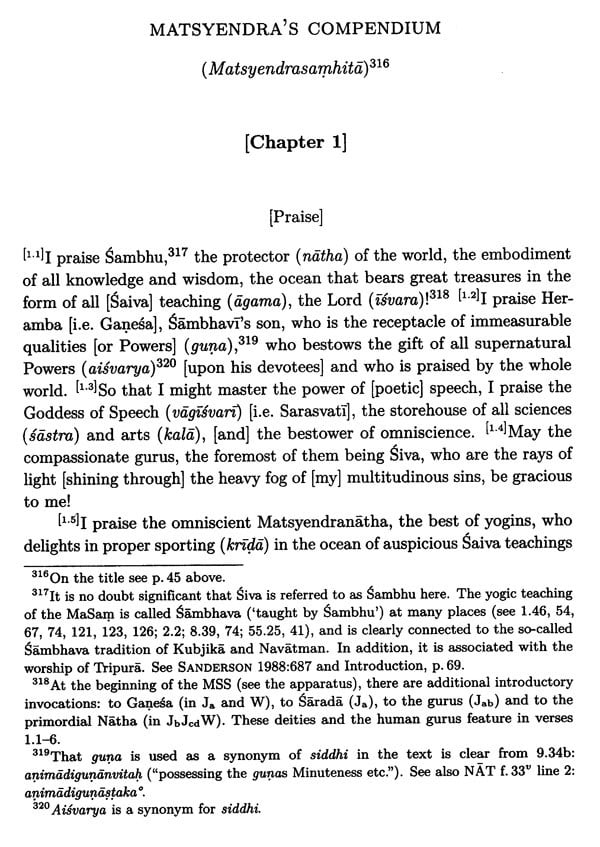 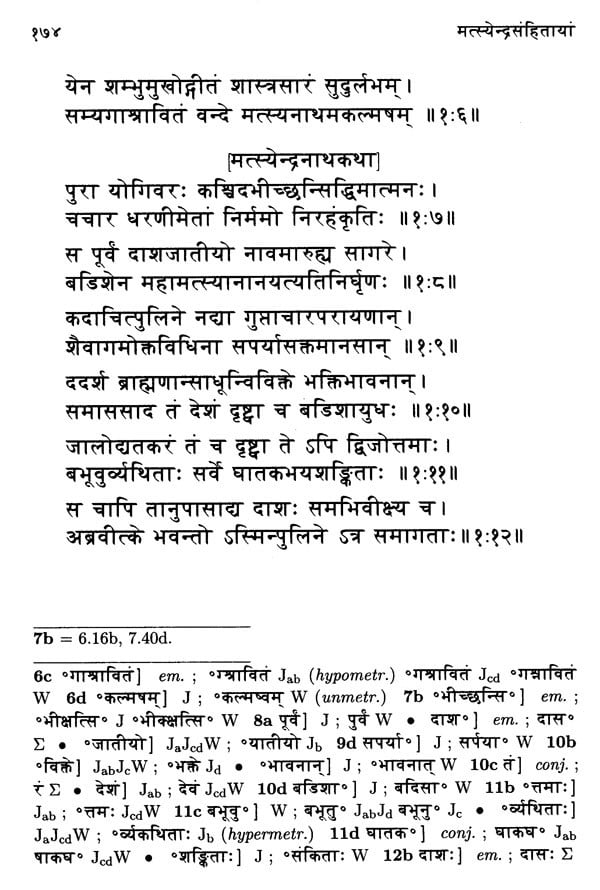 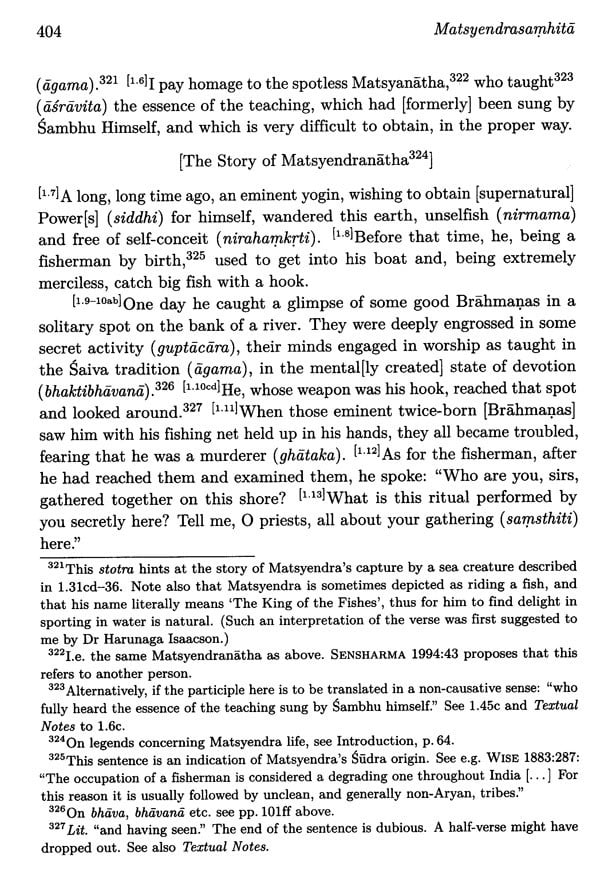 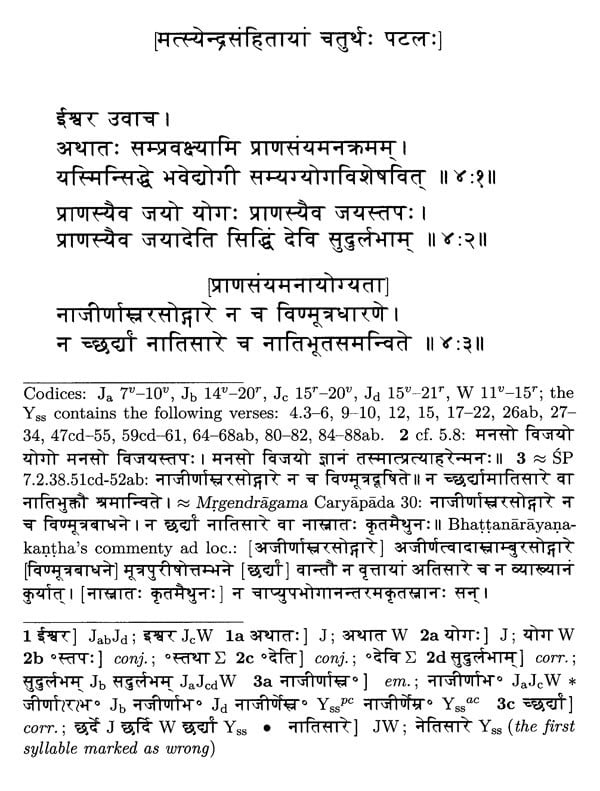 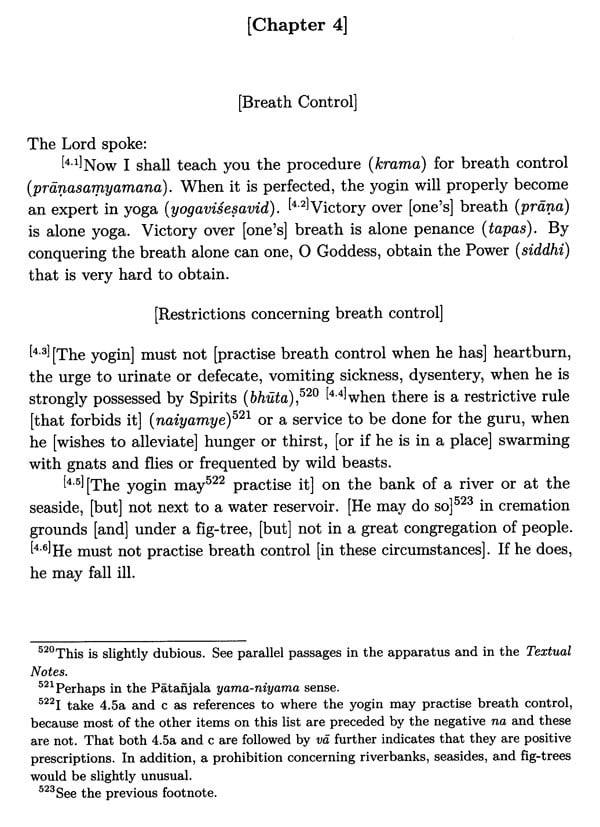 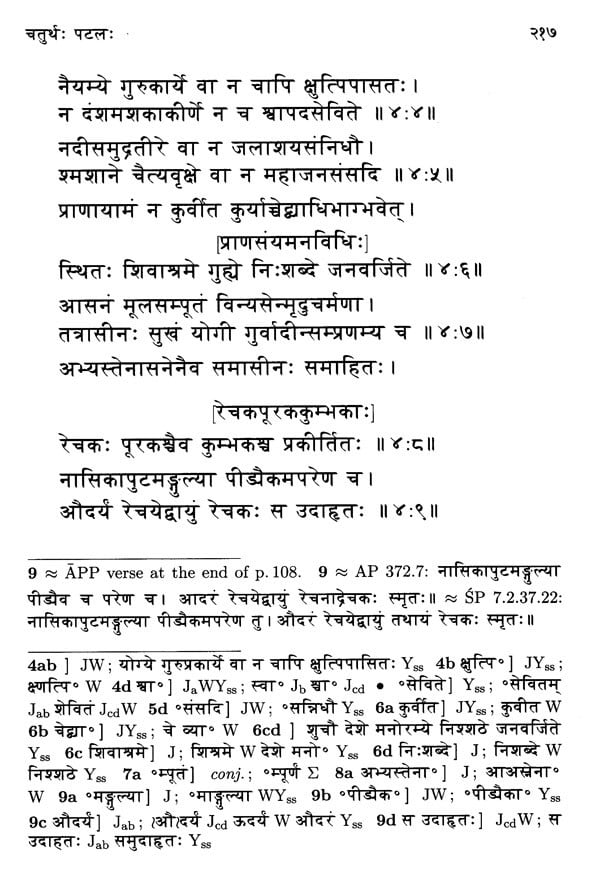 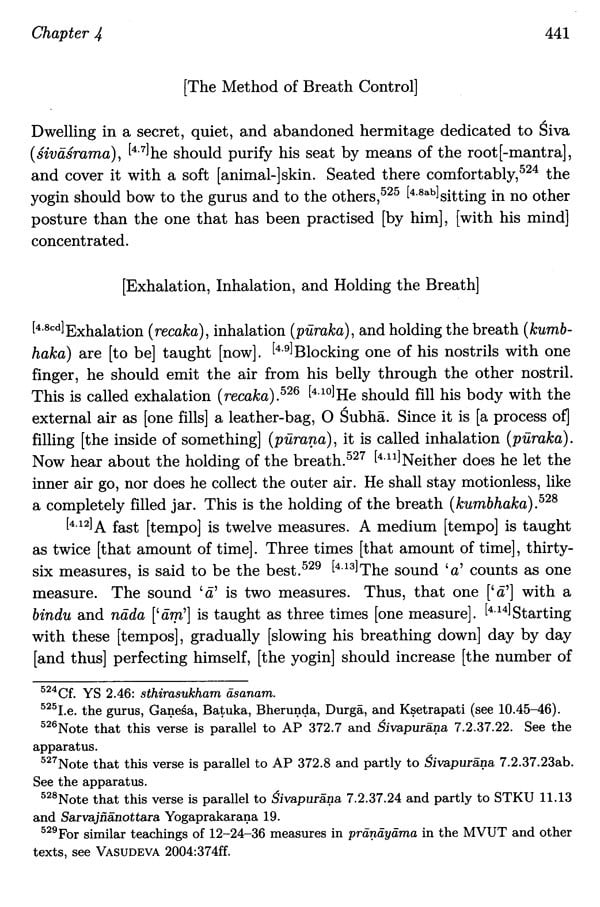 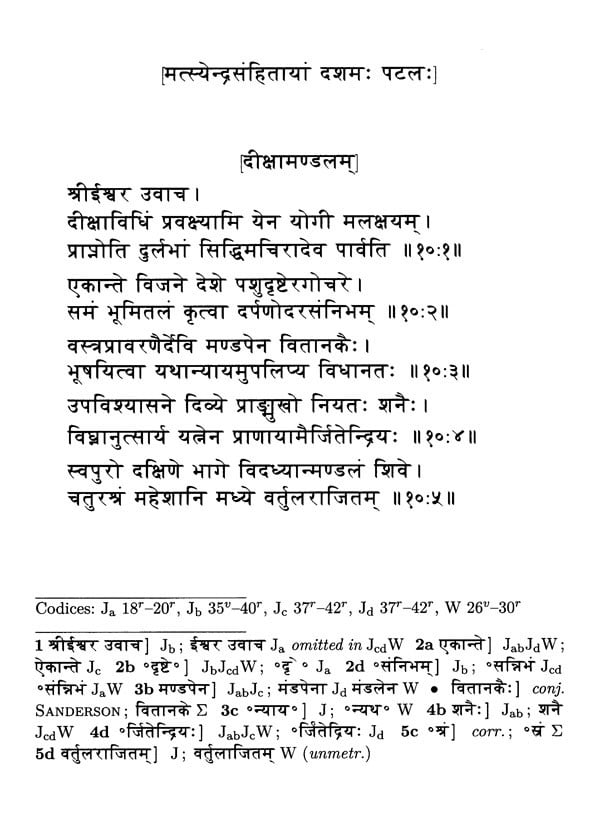 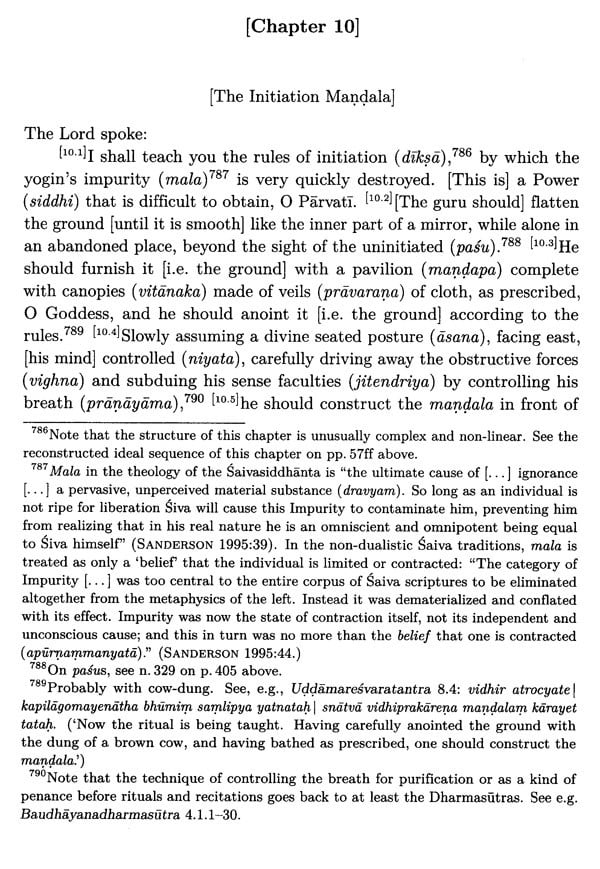 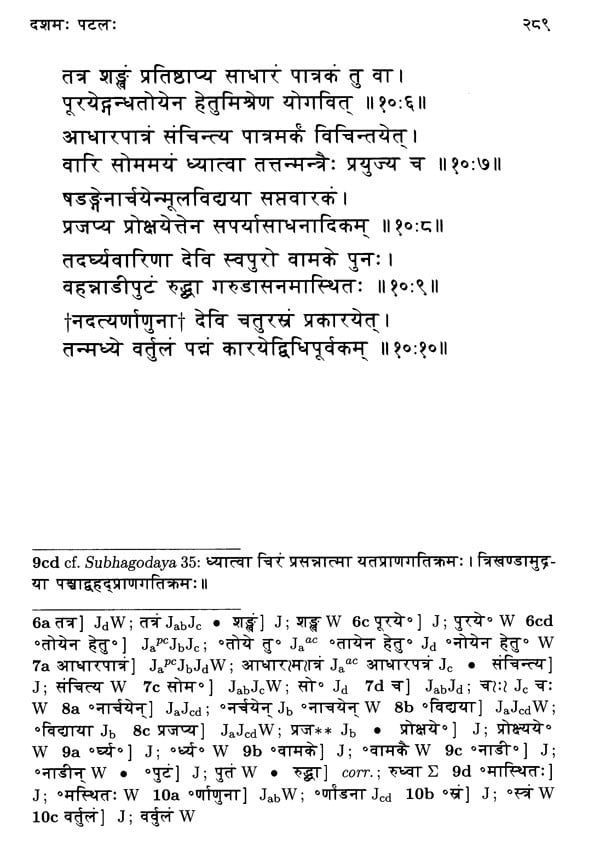 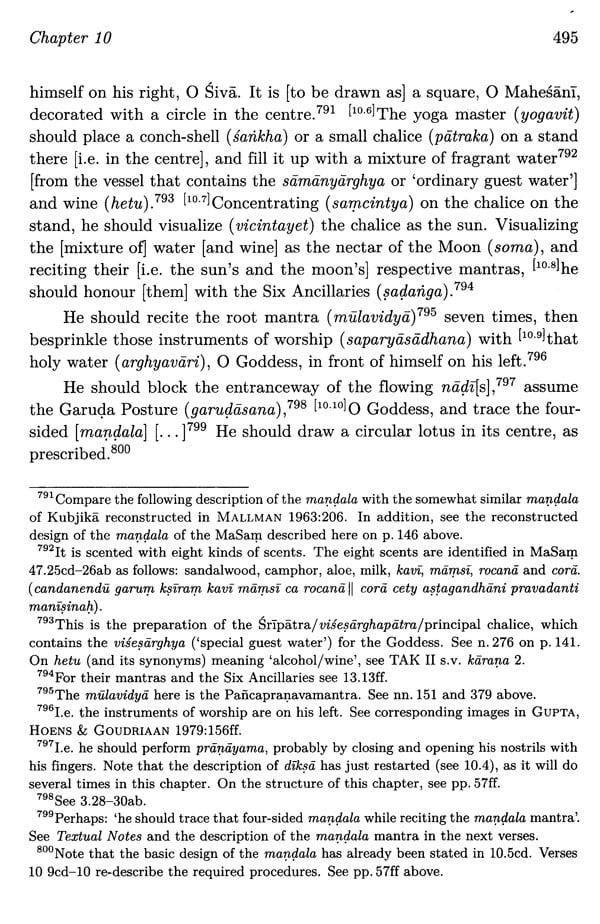 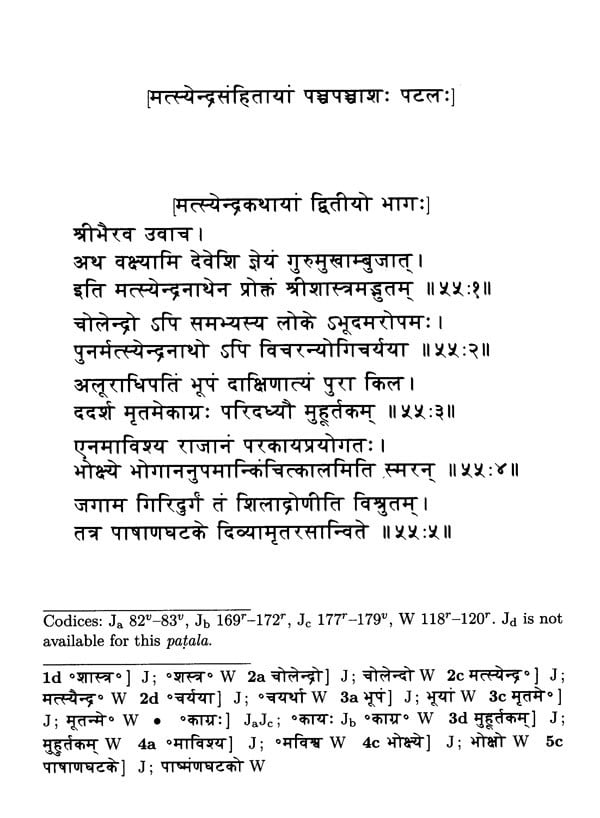 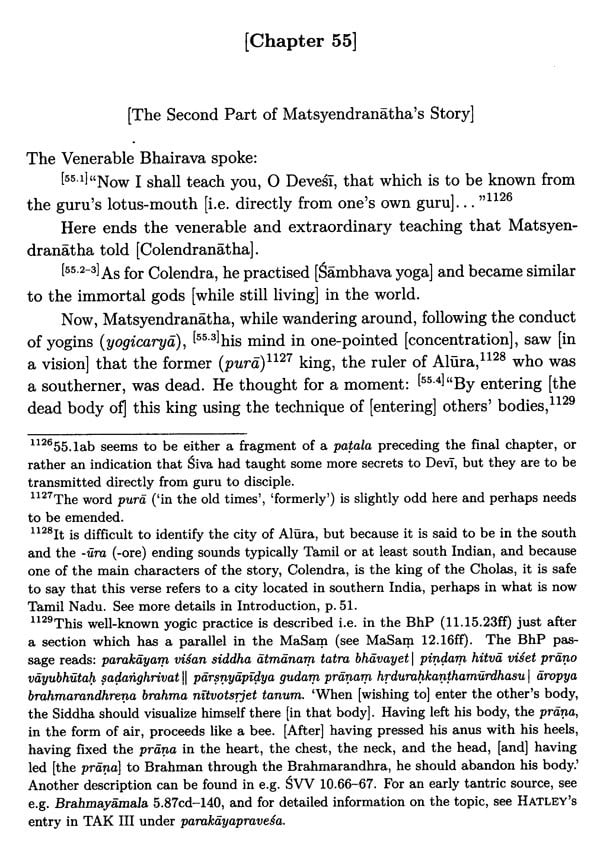 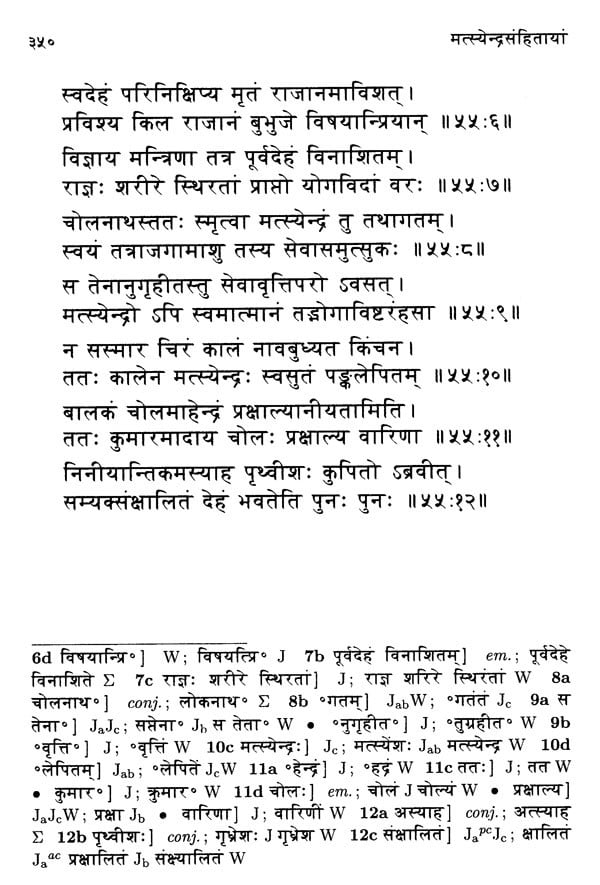 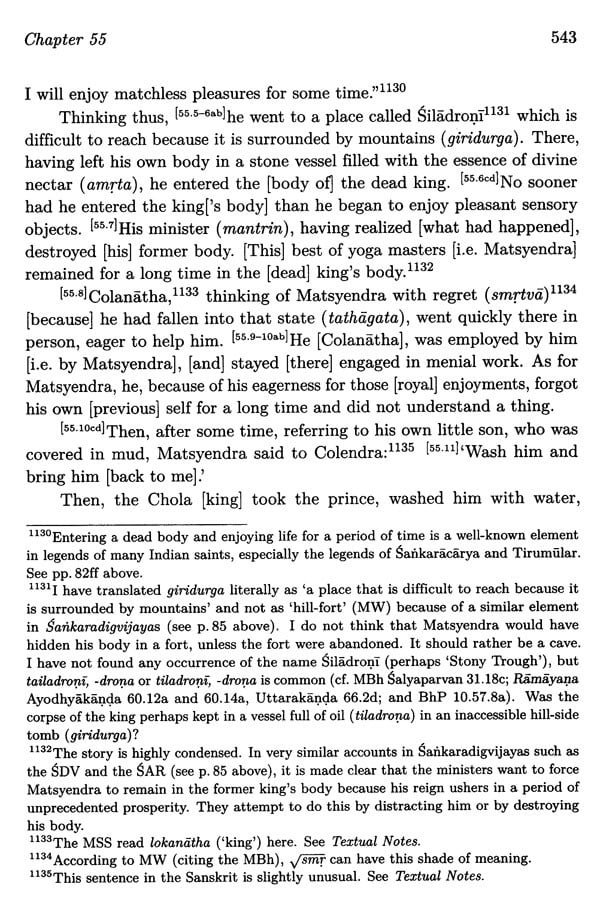