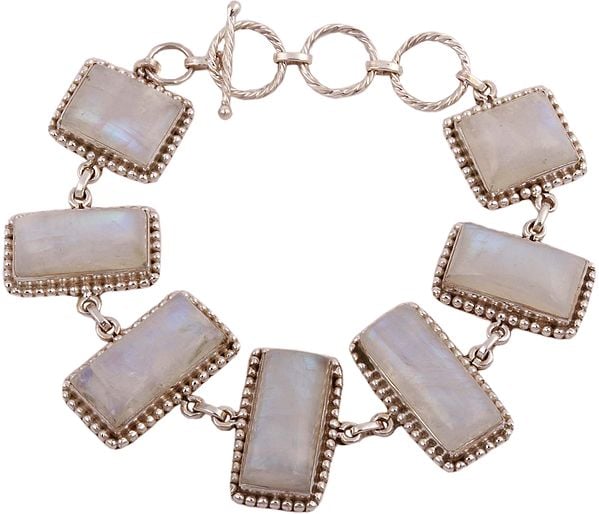 $120.00$160.00  [ 25% off ]
The Hindu god of the moon, Chandra, is also part of the nine celestial bodies of the universe or the Navagraha. All the other names of Chandra are associated with brightness or heavenly bodies such as Indu (bright drop), Taradhipa (god of the stars), and even Nishakara (night bringer). Legends say the Chandra is the father of Budha (mercury) from his relationship with the married Tara, wife of Brihaspati (Jupiter). He ended up not being with Tara and this drove him to want to marry the 27 daughter of Daksha, who then cursed him.

This Rainbow Moonstone Baguette Bracelet is an aesthetic take on moon-inspired pieces for everyday wear. This carefully-crafted jewelry can be your next best piece to wear the best aspects of the moon: its brightness and ability to shine in the dark. Indian culture pays heavy attention to jewelry, not just as a fashion piece, but as a sign of wealth and of course, spirituality. It is crafted with a set of rainbow gemstones tastefully set on top sterling silver. The bases is designed with circular details that surrounds the moonstone’s rectangular frame, a classy finish to a beautiful piece of the moon which would soon find its way on the wrists of ladies everywhere.

In another narrative, the Hindu god of Obstacles with an elephant head, Lord Ganesha, was walking one night and then tripped on a snake causing him to spill the contents of his gut to the ground. It is said that Chandra witnessed this and laughed out loud at Ganesha. This angered Ganesha and made him throw one of his tusks at moon which hit him and led many to believe why the moon now has craters and is cursed never to be whole again. This bracelet also features 7 studs of moonstone gems, which can be taken as a symbol of the remaining phases of the 8-phase cycle of the moon without the full moon. 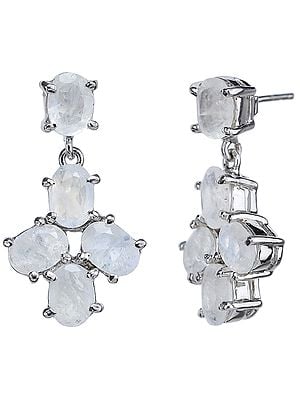 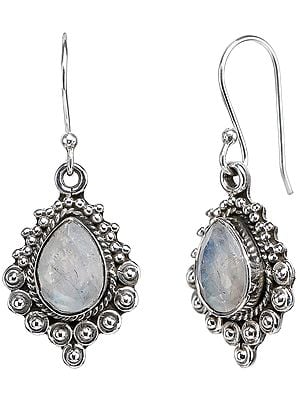 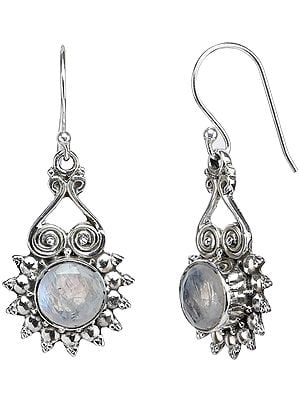 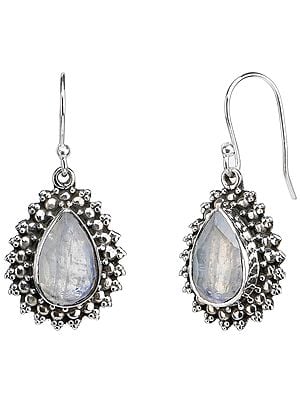 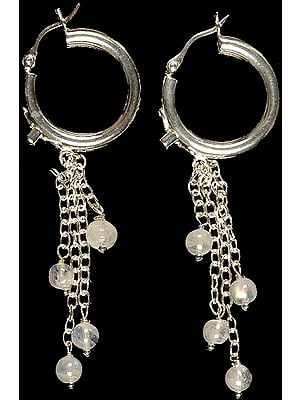 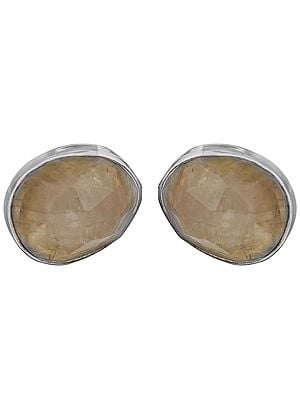 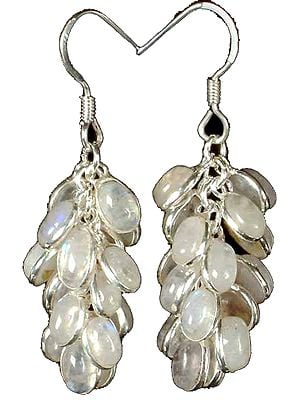 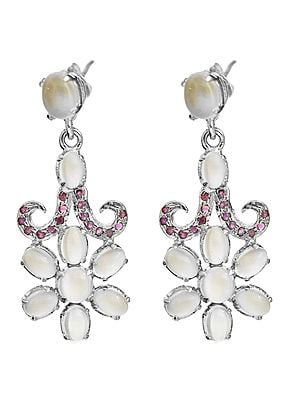 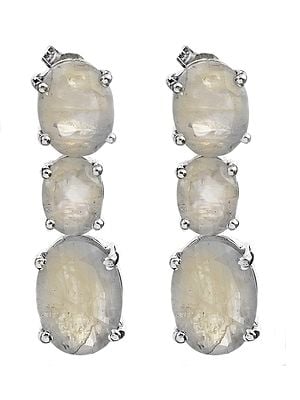 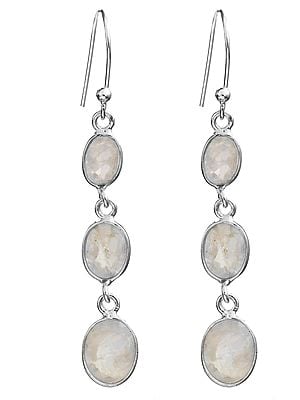 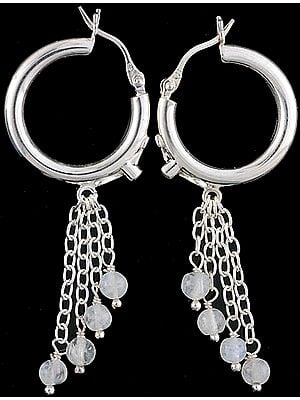 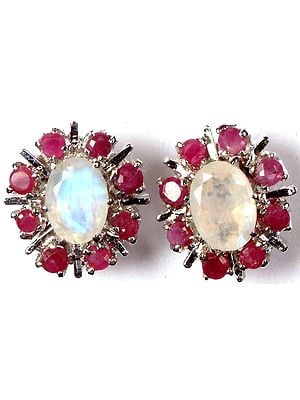 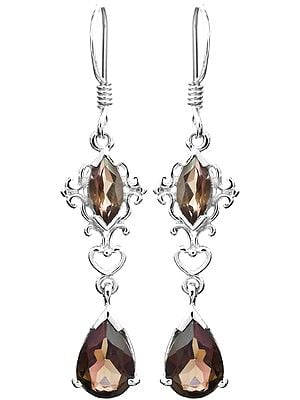 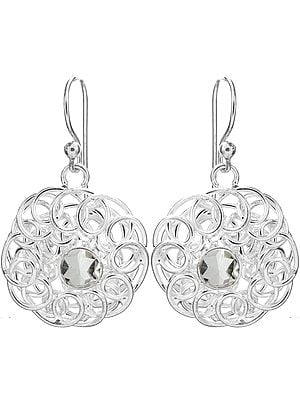