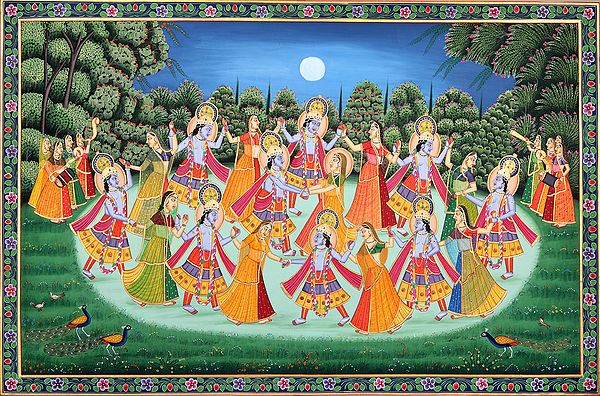 Rasaleela is an interesting phenomenon. It refers to the ihalokiya (earthly) conduct - ‘leela’ - of the Vishnu-avatara Krishna. The word ‘rasa’ translates to aesthetics. As such, ‘rasaleela’ refers to the aesthetic depiction of Krishnaleela. The painting that you see on this page is of the image that first occurs to the mind when a devotee hears the word rasaleela - in the dead of night, within the bounds of a glade particularly teeming with life (verdure and peacocks), Lord Krishna engages in song and dance with the gopis (milkmaids of Vrindavan) who are in love with Him.

There are numerous Krishna-roopas (forms of Krishna) in this composition. Having joined hands, they have formed a circle with the milkmaids. At the centre of this circle is Lord Krishna with His best beloved, the fair Radha. Some of the milkmaids gather on either side of the circle in bands, equipped with instruments of all kinds; they rent the skies with divine music. Their colourful skirts motion about their limbs as they dance. The vibrance of the halos of many Krishnas illuminates the space. Note how Radha is the only haloed milkmaid in the glade.

These virtuous maidens have shown up at the spot of Krishna after the music of His flute had roused them from sleep. The love between the Vrindavan milkmaids and their Lord is a metaphor for the spiritual relationship between the singular paramatma and the numerous jeevatmas. 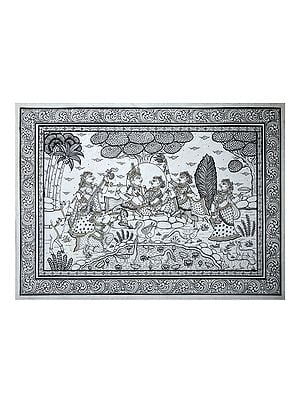 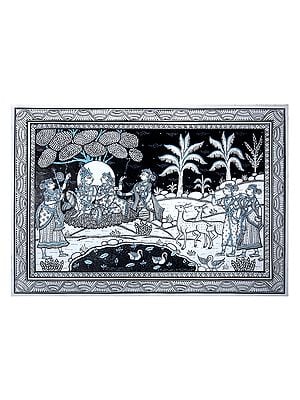 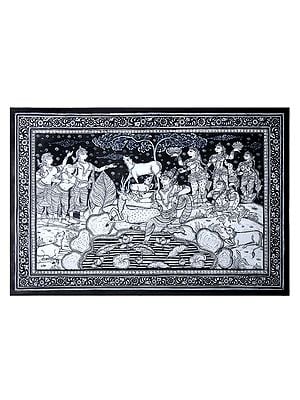 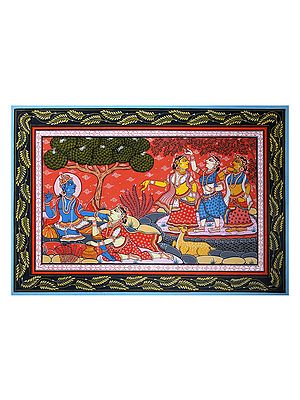 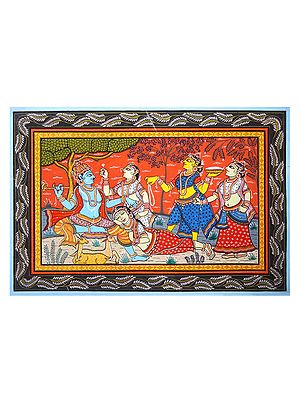 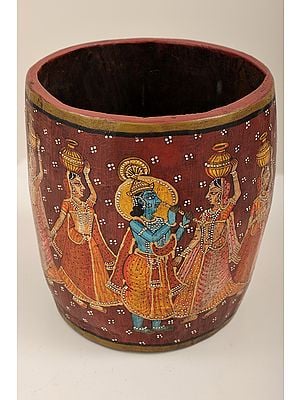 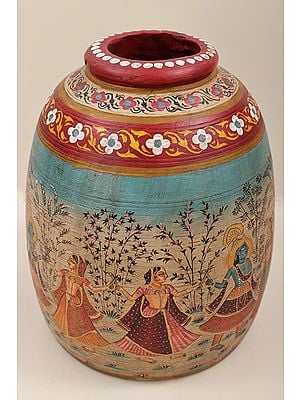 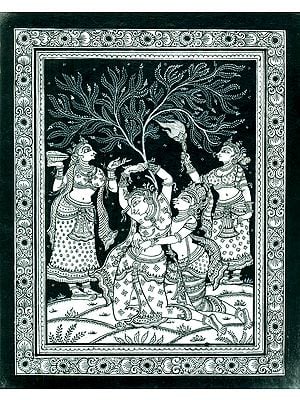 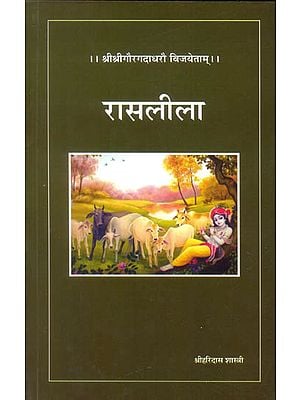 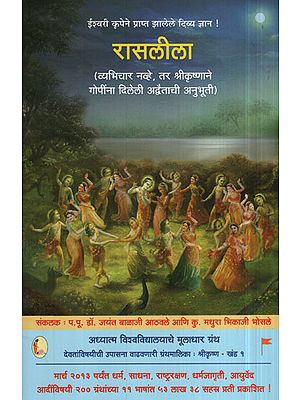