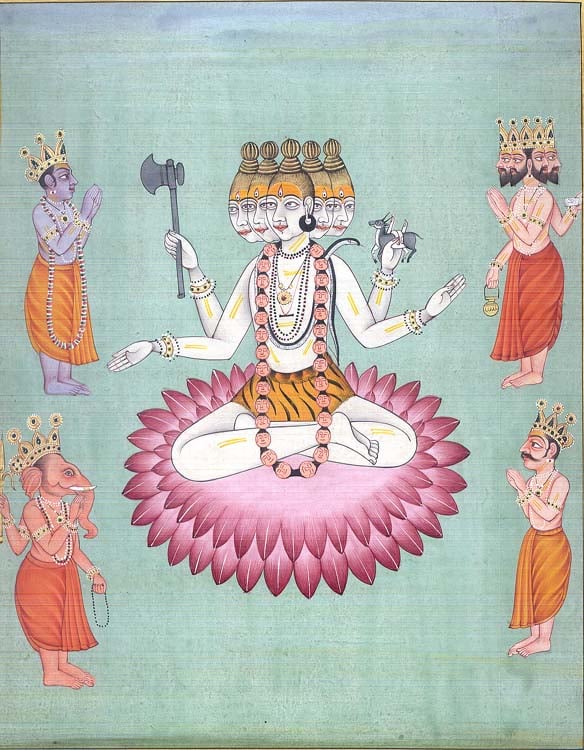 $195
FREE Delivery
This item can be backordered
Time required to recreate this artwork
6 to 8 weeks
Advance to be paid now
$39 (20%)
Balance to be paid once product is ready
$156
Notify me when this item is available
This painting, rendered in the 18th century Mandi art style, represents against a turquoise green background Lord Shiva in his five faced manifestation. He has Vishnu on his right side and just below him Ganesh and on his left Prajapati Brahma and Bana, one of his devotees from amongst the clan of demons, considered as one of her sons by his spouse Parvati. All the four divinities stand paying homage to him. In the diagonal symmetry, Vishnu and Bana have two arms each and have them folded and Prajapati Brahma and Ganesh have four arms each, the two of which, the one upper and the other lower, have been folded. Besides a pleasant geometrical equation the four figures produce a rhythmic colourful ring around Lord Shiva. Symbolically they conjointly accomplish the cosmic circle also. While the Gods-Trio represent creation, prevalence and dissolution, Ganesh represents cosmic balance and synthesis of human and animal worlds and Bana that of evil and good, or of light and darkness.

This representation of Lord Shiva makes a number of deviations from the iconographic convention of his Panchamukha manifestation. The Panchamukha form initially evolved in sculptures, where four faces were carved on all four sides or in four directions. The fifth one was not either carved and was conceived as invisible, or was carved above the other four ones, facing the sky. In miniature paintings, the canvas did not have stone's multi-dimensionality. Hence, at least one face, the one on the backside, was not painted, although it was supposed to be there. Despite the multiplicity of heads, the hair was usually painted to comprise a single coiffure and to provide to the fifth face an appropriate setting. Thus, apparently such five faced Shiva form often looked like four headed. In a logical sequence the five-faced Shiva had ten arms and as many attributes carried in them. Besides, he usually wore elephant hide upon his shoulders and sat either on a tiger skin or on that of the elephant. His trident and damaru, or the double drum are essentialities of such iconography.

In this representation, all the five heads are three-fourth front facing. There is no head facing the sky. All the five heads have their independent coiffure, a queer formation, consisting of small sweet melon type fluted balls installed on vertically narrowing hair coils. Here Lord Shiva does not have ten arms but just four, the two held out in varada and abhaya and the other two carrying in them an axe and a leaping black antelope. He does not have either upon his shoulders or under him the elephant hide. He is wearing, like shorts, the tiger skin, using its tail as his waistband. The absence of trident, damaru and bull is noticeable and the inclusion of leaping black antelope is significant. Antelope's leaps symbolise fleeing time and its black its unexplorable recesses, that is, the time is beyond one's span and beyond one's capacity to explore it. The leaping black antelope arrested in his hand symbolizes that for Shiva the time is neither unexplored nor it is beyond him. Unlike his iconographic convention, he is seated on double lotus. His ash-smeared body glows with the vigour of life and his third eye, against his sandal paste smeared forehead, acquires the beauty of an aesthetic element.

In Shaivite thought, Shiva is one of the Gods Trio but also the ever present Sadashiva. The Panchamukha cult has broadly two lines, though both accept that Panchamukha is the manifest form of Sadashiva. Under one tradition, it is in the lingam form that Shiva has his five faces and that in his ultimate manifestation he is the lingam. The lingam is the jyoti, or the potential flame, which represents panchabhutas, the five cosmic elements or the constituents of the cosmos. Thus, it is out of him that the cosmos is born. The other tradition is not much different. It conceives Shiva as Ishan, or as Panchavaktramatrinetram, that is, Shiva combines in him Tatpurusha, Vamadeva, Aghora, Sadyojata and Ishan, representing respectively wind, water, fire, creative function and space. Thus again Shiva's five heads manifest the five cosmic elements and functions. 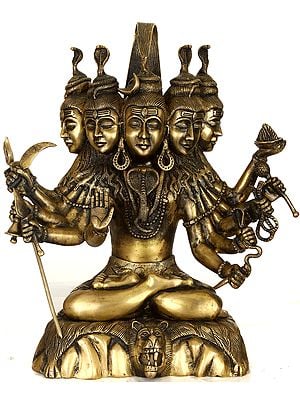 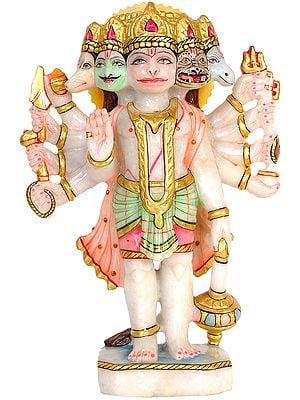 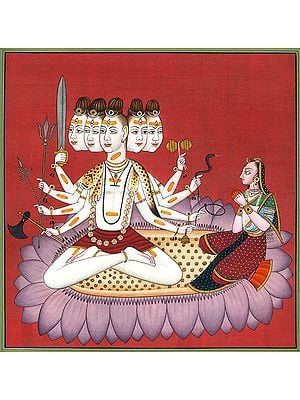 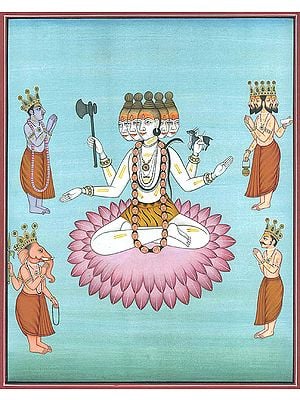 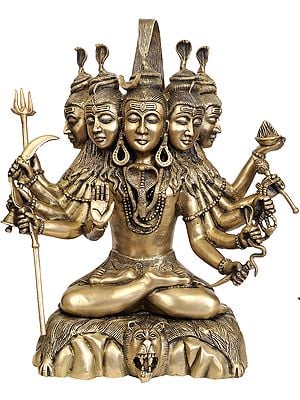 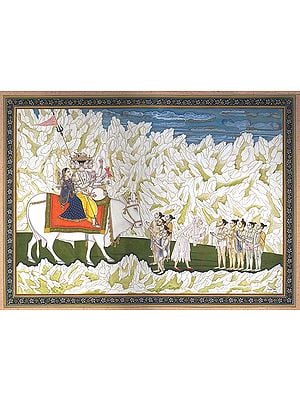 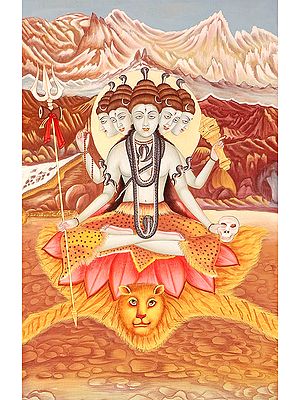 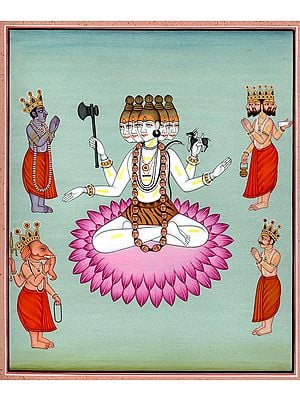 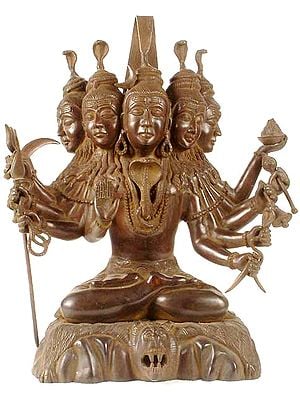 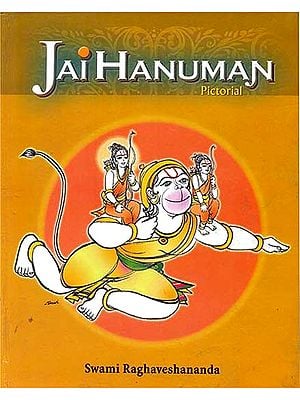 Jai Hanuman (Pictorial)
By Swami Raghaveshananda
$16
Out of Stock 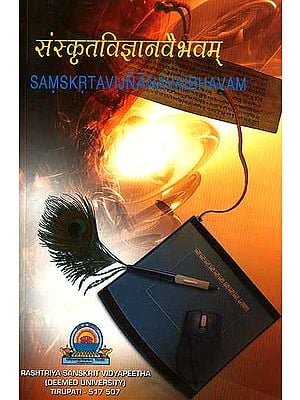