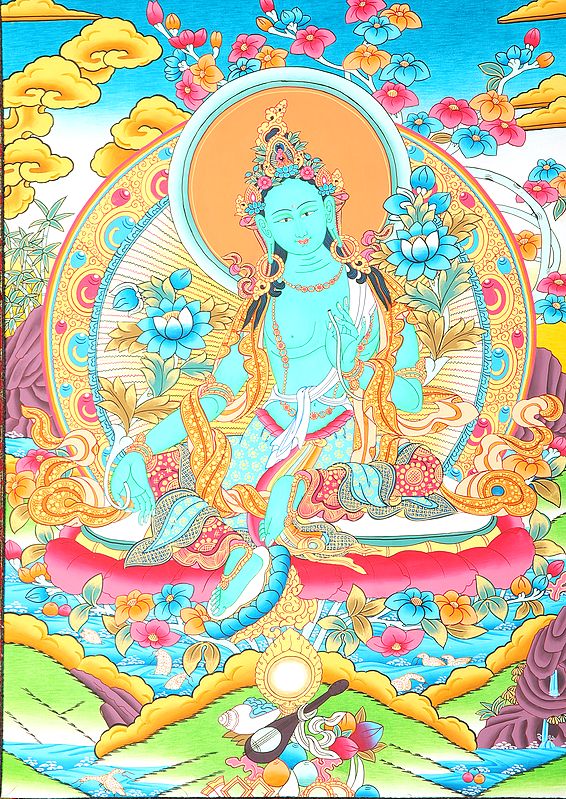 $180  $240   (25% off)
The Green Tara is a female Buddha revered throughout Tibetan Buddhism. She is called the Mother Tara or Mother of all Buddhas. There are various Taras but the Green Tara is one of the most renowned. She is regarded as the Buddha of compassion, too. She is typically depicted with her right foot stretched, with a stance that appears that she is always ready to step down to help those who invoke her. The left foot rests inward, which stands for merit and wisdom as the goals held close to be accomplished. Like her whole body, this stretched foot also rests atop a lotus and a moon disk (symbolizing purification and peace). Her lotus throne is pink, the color reserved for the highest of deities. The lotus itself signifies her freedom from impurities and undefiled nature. This also means that while Green Tara is in this world, she is also undefiled by it.

Meanwhile, her right hand is held with the palm upward, in a Dhana mudra, which symbolizes her giving of charity. The left hand can be seen help up, palm upwards, and holding the lotus in a Kachin Chagya mudra of giving refuge. The blue lotus she is holding is called the utpala which represents the active principle of enlightenment. Her halo around her head and the body is in yellow. This aura is a symbol of her perfect consciousness and awareness. She is also opulently dressed with jewels on her body that signifies her being divine, having a body of perfect enjoyment and enlightenment. Zoom in on her crown and a red figure of the Buddha Amitabha is present who is also the Buddha of Longevity. The thangka is also packed with lotus flowers all over the image. The mountain ranges represent her pure land, the Mount Potola. At the bottom are offerings for the Tara. 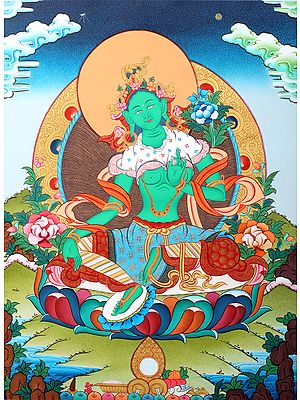 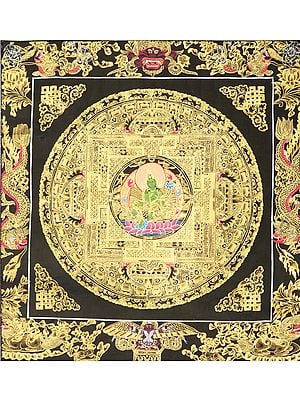 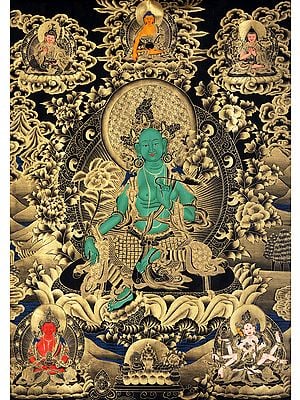 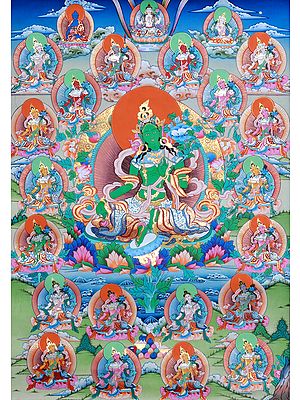 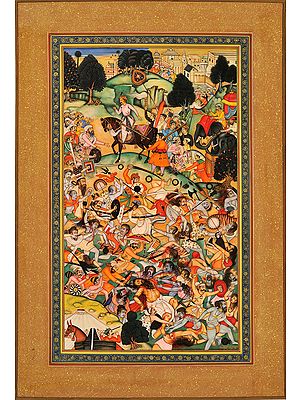 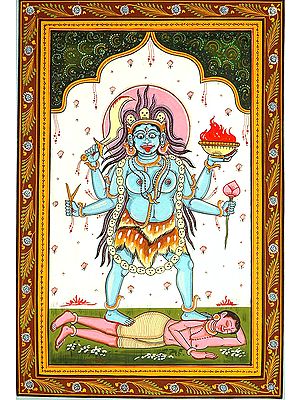 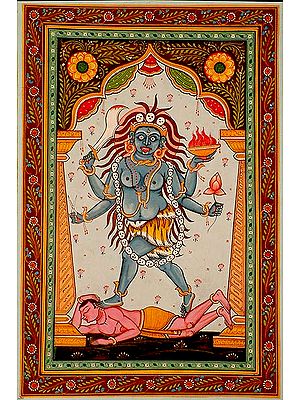 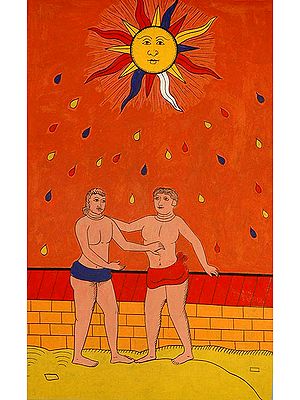 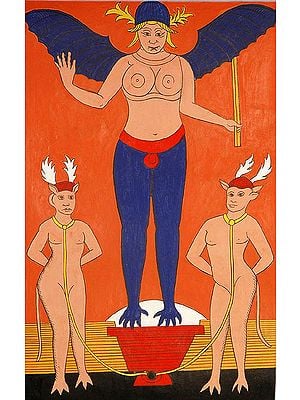 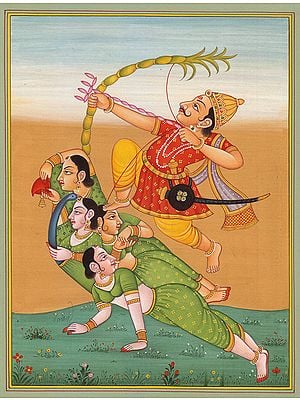 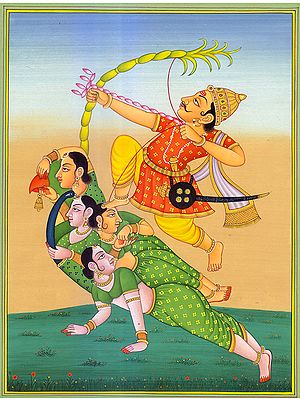 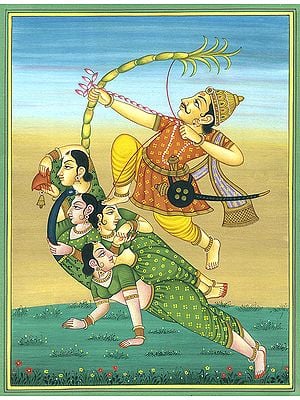