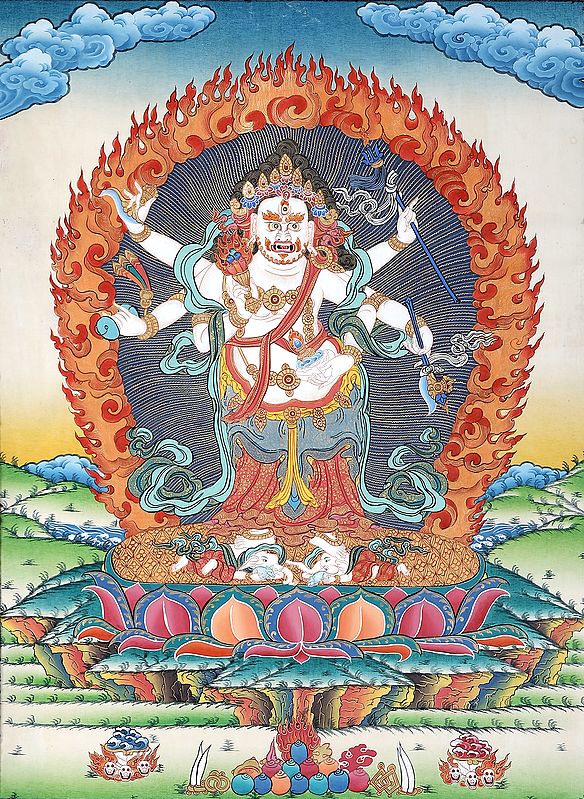 Thangka or Tanka is a sacred Buddhist art form made on a cotton fabric and usually demonstrates a Buddhist deity, scene or Mandala; based on themes of history, culture, policy or social life; each detail here is filled with a retold myth with laid guidelines of their symbols and allusions. The Buddhist Mahakala painted here is the protector deity of the Shangpa Kagyu tradition and its practitioners.

White Mahakala is a wrathful aspect of Avalokiteshwara and is worshipped for eliminating spiritual and material poverty; stands here in his ferocious stance, lotus petals which are placed on a stylized multicoloured pedestal; attired and jewelled graciously with the outrageous expressions signifying him as the King of Power and the Lord of pristine awareness.

He has six arms and three eyes with the brilliant fires of dissolution and dwells in the midst of eight cremation grounds; he holds a trident, damru, scythe etc in his various hands as his incensed weapons of protection; framed in an aureole of deadly ashes from the cremation ground and surrounded by White Elephants near his legs and skulls at the bottom. The painter has created a very realistic view of the deity, such that his single glance is enough to picturize his actual self. 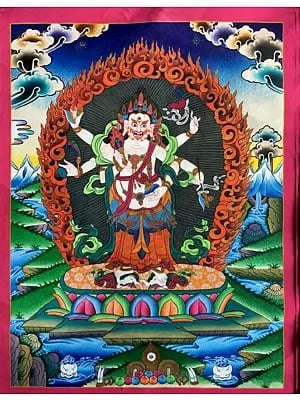 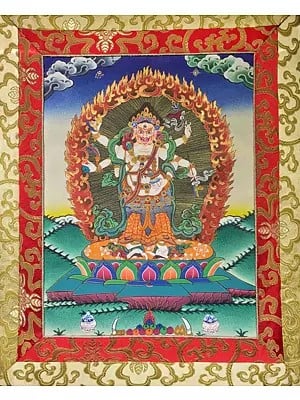 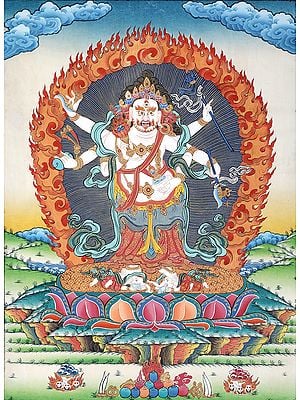 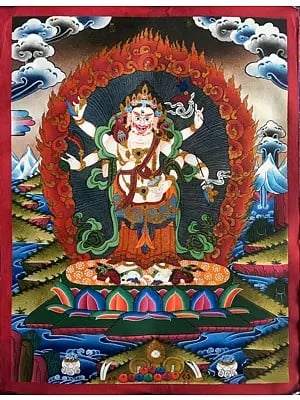 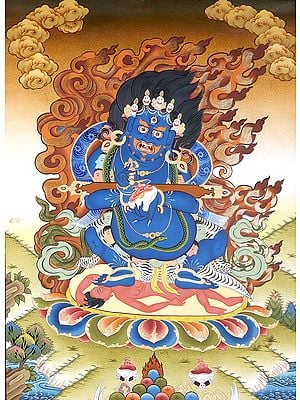 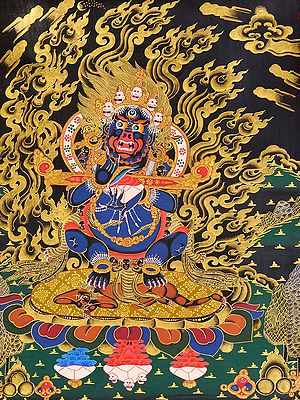 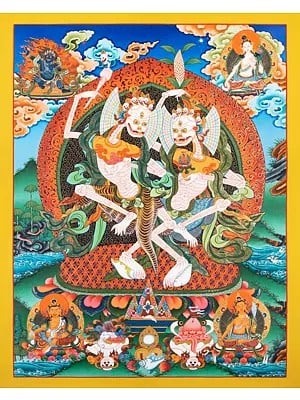 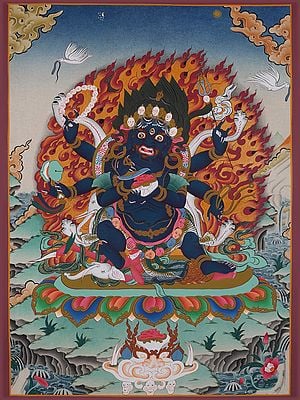 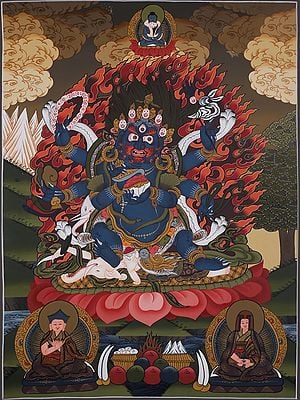 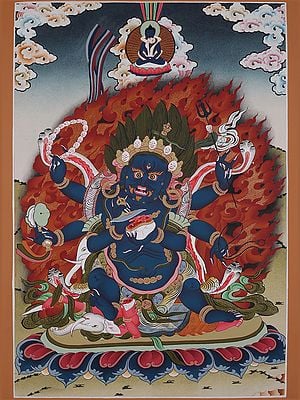