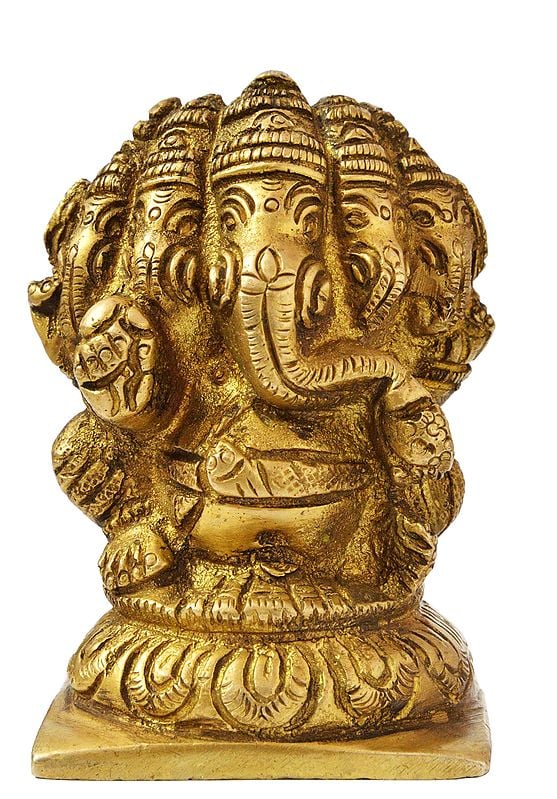 $35
The panchamukhi-roopa (five-faced form) of the wildly popular Lord Ganesha is a little-known one. This miniature statue is a murti of the panchamukhi Lord Ganesha with two arms (dvibhujadhari), one raised in blessing and the other, of course, cradling a laddoo. He is seated in a squatting position on an inverted lotus pedestal, which has been carved with considerable precision given the scale of the work.

Zoom in on the iconographic detail incorporated into the sculpture. The serrated trunk and the Shaivite tilak. A gracious brow, distinctive eyes. Gold crowns on all five heads, each of them with multiple tiers engraved on them. Finally, above the deep navel, the snake that holds the chubby child-deity’s belly in place, without which it would burst, has been engraved against the skin.

100% Made in India
Add a review
Have A Question