AIDS and Syphilis (The Hidden Link)

"…We doubt that a substantial portion of those, with the virus will ever become sick with AIDS. We also dispute the possibility of curing AIDS with a drug or vaccine directed against the supposed viral cause… We outline a new interpretation of the genesis of this disease and indicate ways of coping with it, of limiting and averting its further depredations…"

"…The AIDS virus is probably little more than another ‘opportunistic’ infection of an already destroyed immune system – at the most a ‘co-factor’ which may possibly give rise to AIDS when combined with other factors… the search should be for factors which undermine the immune system and thus predispose to infection with… the AIDS virus and others which may ordinarily be quite innocuous."

"…The continuing assault on the immune system from the drugs used in modern medicine has helped prepare the ground for the modern scourge of AIDS."

AIDS was first identified in 1981 in Los Angeles.! The UCLA Medical Center reported five young homosexual men suffering from a pneumonia of unusual origin; the causal microorganism -- a protozoon or fungus known as Pneumocystis carinii -- is ordinarily quite innocuous (being found in nine out of ten healthy people) but for unfathomable reasons had suddenly become lethal." This had previously been observed only in persons undergoing immunosuppressant therapy, those whose immune systems were undermined by cancer, or who were severely mal- nourished. Soon it became clear that these peculiar cases of pneumonia were occurring in individuals with shattered immune systems.

The same pneumonia soon turned up in New York as well, together with several dozen cases of an unusual skin cancer called Kaposi’s Sarcoma which had previously been almost unknown in the United States.

Pneumocystis carinii pneumonia (PCP) and Kaposi’s Sarcoma (KS) were ultimately understood to be secondary manifestations of an underlying immune-system deficiency of unknown origin which was called "acquired immunodeficiency syndrome" or AIDS.

Since AIDS was from the outset seen as a new and different disease, medicine’s instinctive reaction was to seek a new causal microorganism. Because it appeared to be infectious and transmissible by blood transfusion, the search soon turned to a virus which could be passed on in this way. In due course this led to the discovery (simultaneously by Robert Gallo in the United States and Luc Montagnier in France) of a microorganism called vanously "human T-cell leukemia/Iymphoma virus," "lym- phadenopathy-associated virus" (LAV), "human T-lymphotropic- virus type III" (HTLV-II), "AIDS-associated retrovirus" (ARV), and, most recently, "human immunodeficiency virus" (HIV) or simply "AIDS virus."

By whatever name, it is thought to invade the tissues of the immune system and cause its collapse, leaving the body helpless before infections which otherwise it could easily repress. The virus, or antibodies to it, can be found in the majority of patients with AIDS.

"Antibodies are bits of protein in the blood showing that the body has mounted an effective defence against a virus, bacterium, or other microorganism. The presence of antibodies against a given disease agent has always been considered a sign of immunity to that agent.

Thus the disease process we call "AIDS" supposedly has two Stages: First comes infection by the virus, causing a mild malaise resembling mononucleosis. Then, after a lapse of six or seven years, the immune response is seen to be impaired, and this is attributed to the preceding viral infection. The individual becomes ill with PCP, KS, an intractable diarrhoea, severe and continuing weight loss, mental symptoms resembling dementia, or one of the other numerous manifestations of this condition.

We will call the first stage "HIV infection," reserving the term "AIDS" for the second.

In November, 1986, Montagnier announced discovery of a new virus, which he baptized HTLV-IV and later HIV-2, claiming that it was the major cause of AIDS in the countries of West Africa. Although the virus is different from HIV-1, not only in its antigenic coat but even in its genes, chromosomes and nucleic acids, it is associated with the same clinical syndrome.

"Montagnier was startled by his discovery and stated, "This finding was really a surprise to us. I couldn’t imagine two viruses causing the same disease."

One to 1.5 million Americans are estimated to have HIV infection; over 112,000 cases of AIDS have been reported, with over 66,000 deaths.* Thus the cumulative mortality is over fifty per- cent. By mid-1988 over 2000 cases, with over 1000 deaths, had been notified in West Germany." Another 90,000-100,000 cases have been reported in other countries, and five to ten million per- sons worldwide are thought to be infected with the virus.

The first few thousand AIDS patients were nearly all homosexuals, and the disease was called "Gay-related immune deficiency" (GRID), the "gay plague," etc. Since this was a minority group, and known to pursue an erratic and risky "life style," the heterosexual majority assumed that its own safety was not in question.

However, in 1983 AIDS was found to affect heterosexuals as well, raising the specter of a worldwide epidemic.’ No physician: in 1980 could have imagined that a new and lethal disease was about to be visited on mankind, and this was an unwelcome and unexpected shock.

In 1986 Halfdan Mahler, Director-General of the WHO, called AIDS "a health disaster of pandemic proportions" and said he "could not imagine a worse health problem in this century."® A biology professor at Harvard University raised the ante still further, warning that the disease might ultimately carry off "a quarter or more" of the world’s population; thus the promised devastation was supposed to equal that of the Black Death in the fourteenth century. 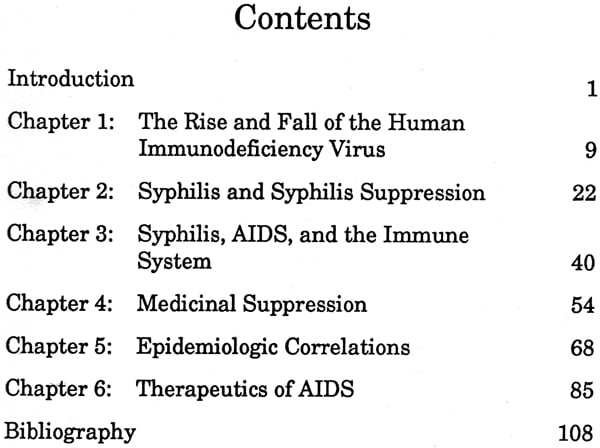 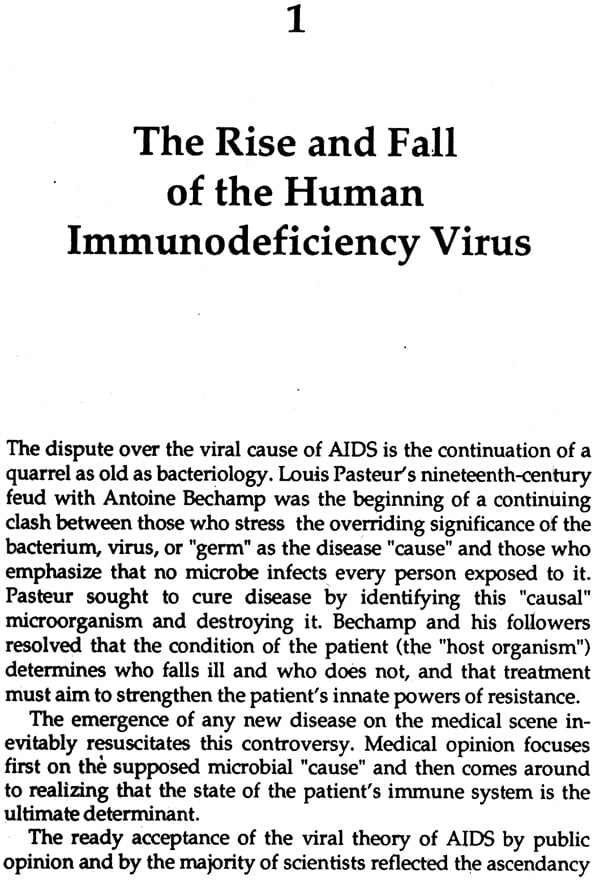 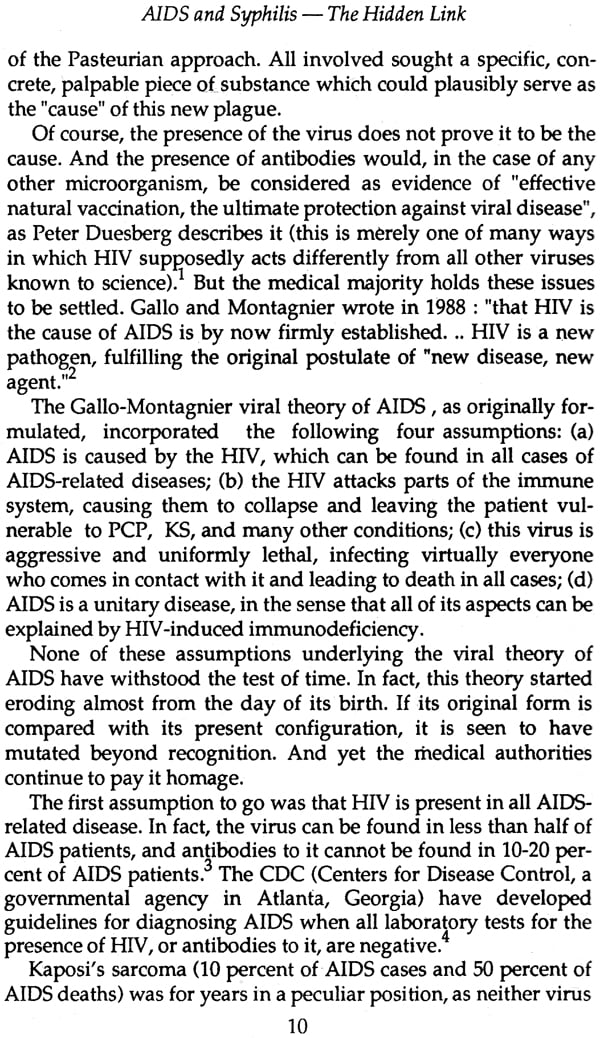 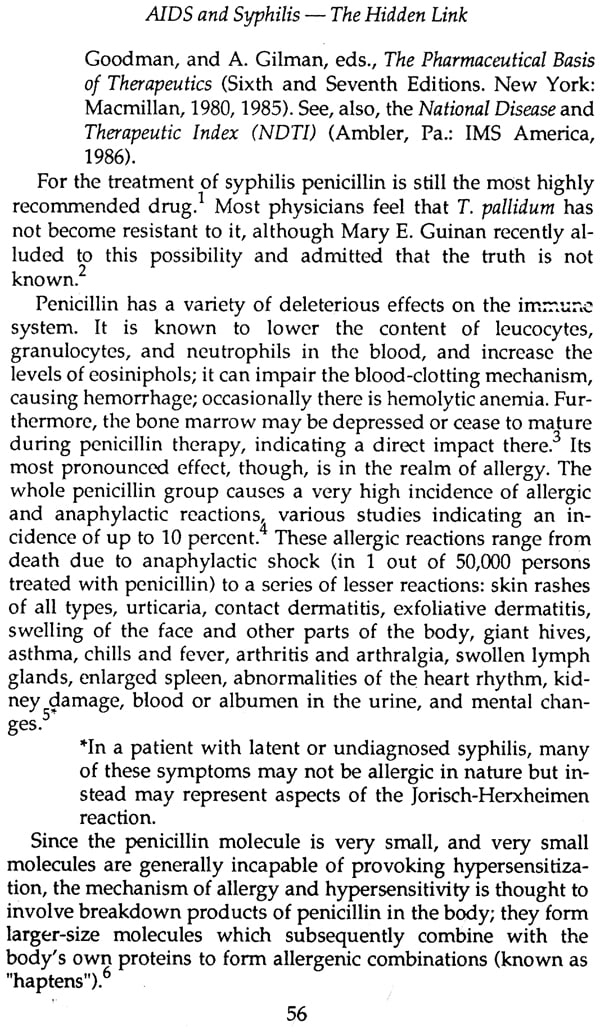 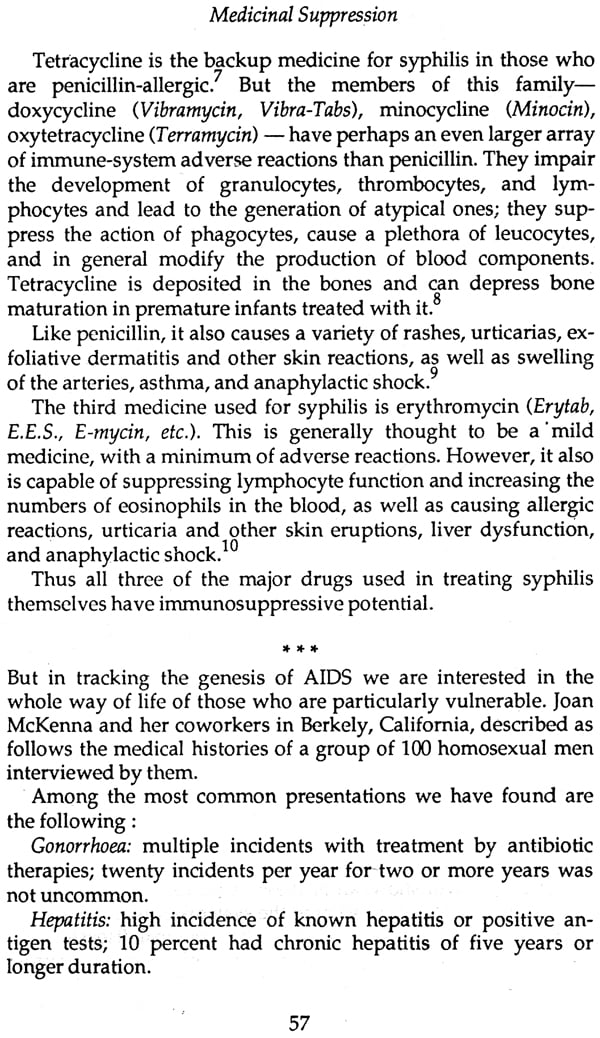 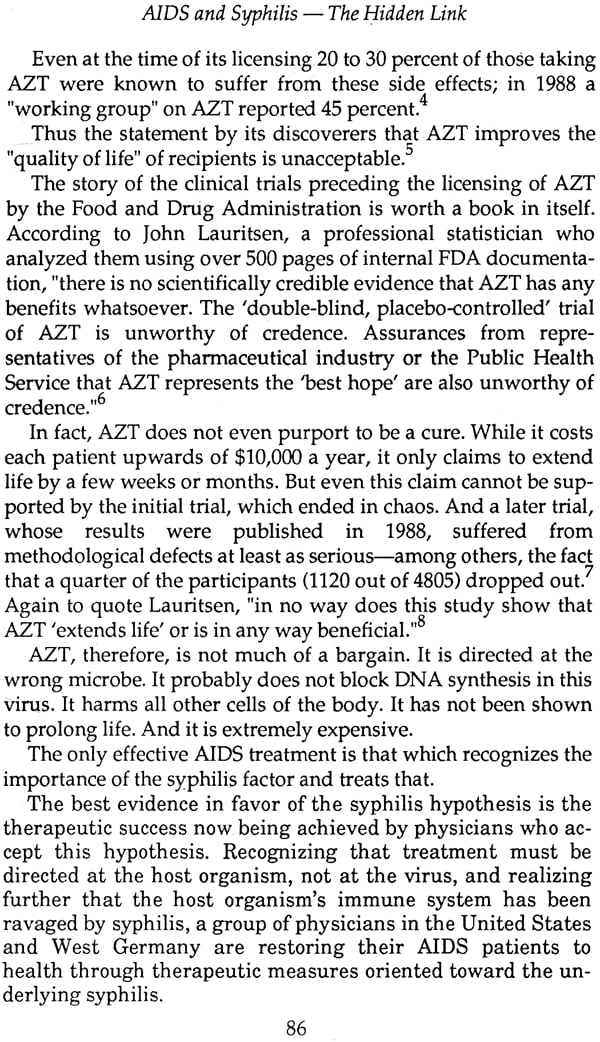 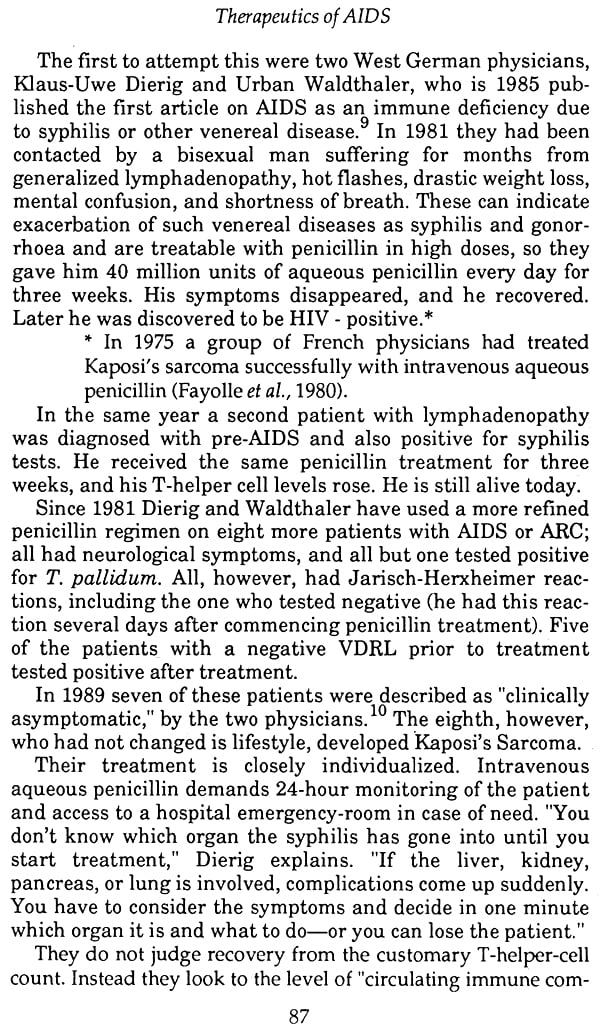 Aids and Ayurveda (The Ayurvedic Concepts of AIDS and Its Management)
By Prof. Dr. S. Suresh Babu
$24.50
FREE Delivery