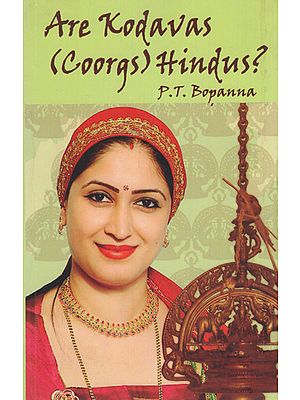 P.T. Bopanna is a Bengaluru-based journalist and author. His book 'The Romance of Indian Coffee' has won the 2015 international Gourmand award for the 'Best Book On Coffee In The World.

In more than three decades as a career journalist, he has worked for various national dailies, including The Times of India, based in Bengaluru, Karnataka. Bopanna has authored five books in English and a couple of his books have been translated into Kannada.

He runs five Coorg-centric websites, including wwwcoorgtourisminfo.com, started in 2005. Bopanna is a social media activist with more than 10,000 members in his various Facebook groups. His online campaign 'Repair Hunsur-Gonikoppal Road' on Facebook resulted in re-laying of the neglected 45-km stretch, between Mysuru and Coorg. Bopanna is also the producer of a documentary 'Discover Coorg.

We commend P.T.Bopanna for his initiative in selecting the theme for this book and bringing together well-known writers to contribute to it - a book whose time has come. This book may well be the catalyst that will help Kodavas understand and appreciate their way of life and take steps to preserve it.

The title of this book 'Are Kodavas(Coorgs) Hindus?' is undoubtedly thought-provoking. It is an important question for today's Kodavas to ponder upon - a question that may not even occur to most of them. While seeking to answer it, this book attempts to understand the question, discusses it from various points of view, and introspects on `Kodavame', the way of life of the Kodava community.

Kodavas are an ancient tribe, who were primarily ancestor and nature worshippers. Like most primitive tribes, they deified their ancestors; they respected the forces of nature that governed their lives, and worshipped the deities who they believed embodied or controlled each of these forces.

Hinduism is an ancient religion that evolved over a long period of time. It is more a spiritual way of life than an organized religion. Unlike the other major religions, Hinduism has no one holy text that defines it but a multitude of sacred writings that cover a whole range of beliefs. Amongst its countless gods are the tribal deities who were absorbed into the Hindu pantheon.

Over time, with the spread of Hinduism in South India, Kodavas, like other tribal groups, assimilated some of the Hindu beliefs and forms of worship, although they did not accept Brahmins in their rituals or adopt the caste system of Hinduism. Their deities too were absorbed into the Hindu pantheon.

The articles in this well-researched and informative book address the question posed in the title from the points of view of several writers - views that overlap, converge, diverge and sometimes are quite different from each other. The writers have defined the key words in the title, or words related to it - `Kodavas', 'Hindus' and 'religion' - in order to clarify and elaborate their views. They have pointed out the stark differences between some of the Kodava customs and those followed by Hindus and have shown how, over time, the Kodava way of life has moved towards the Hindu way of life. And, in order to give some context to the question, they have described Kodava customs and practices and narrated its history in brief.

The author of the book, P.T.Bopanna, says this is "a serious effort...to analyze and debate the various facets of Kodava religion" and "to inform Kodavas, especially the younger generation, about their original faith and belief system" and "help them to better appreciate their original faith which is slowly being eroded...."

That raises another question - why is it important that Kodavas be made aware of and appreciate their original faith? This has been answered in different ways by the writers and may be summed up as: so that they are inspired to maintain their unique identity and faith which respects elders and nature and which keeps their society stable and helps protect the environment. One may further ask - but why is it important to practice and preserve this unique identity and faith? To which, the answer in this book is: because it adds to the diversity and richness of global culture and helps it survive, just as the variety of species in nature adds to the rich biodiversity of life on earth and helps it survive. 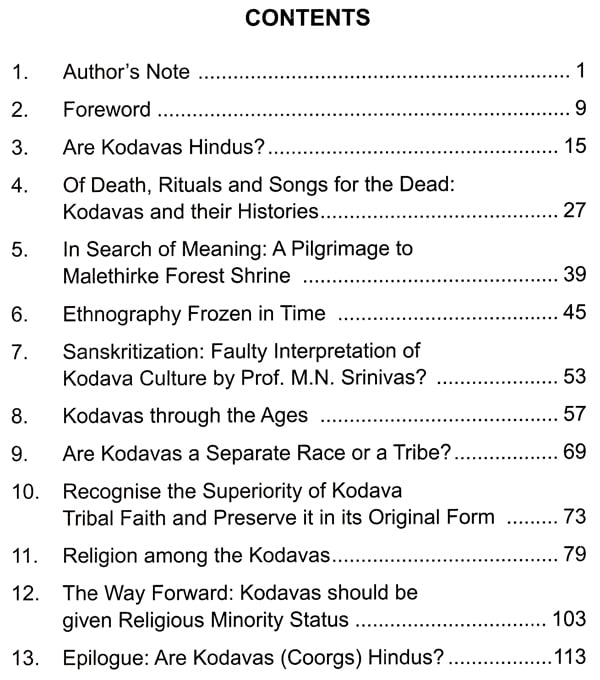 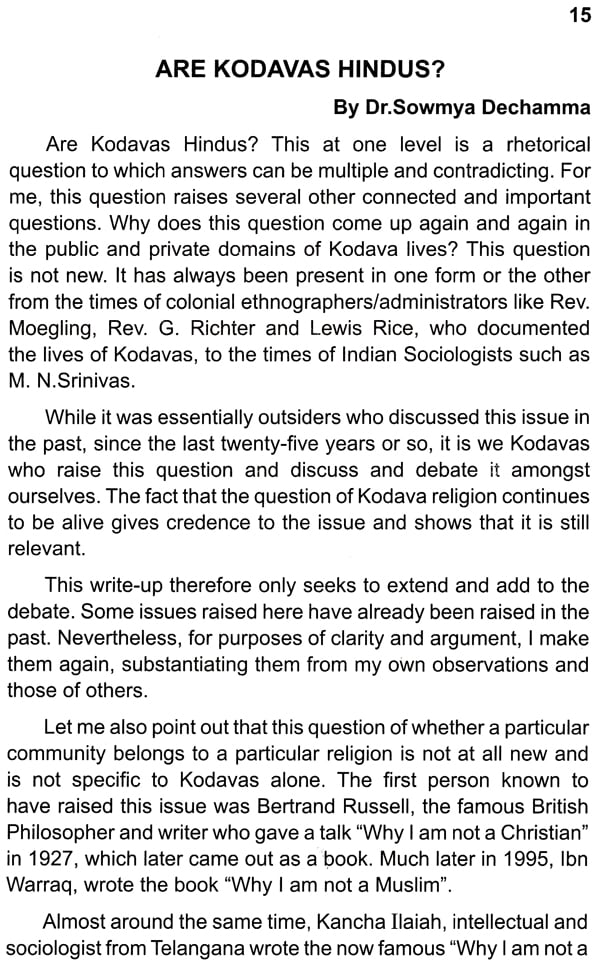 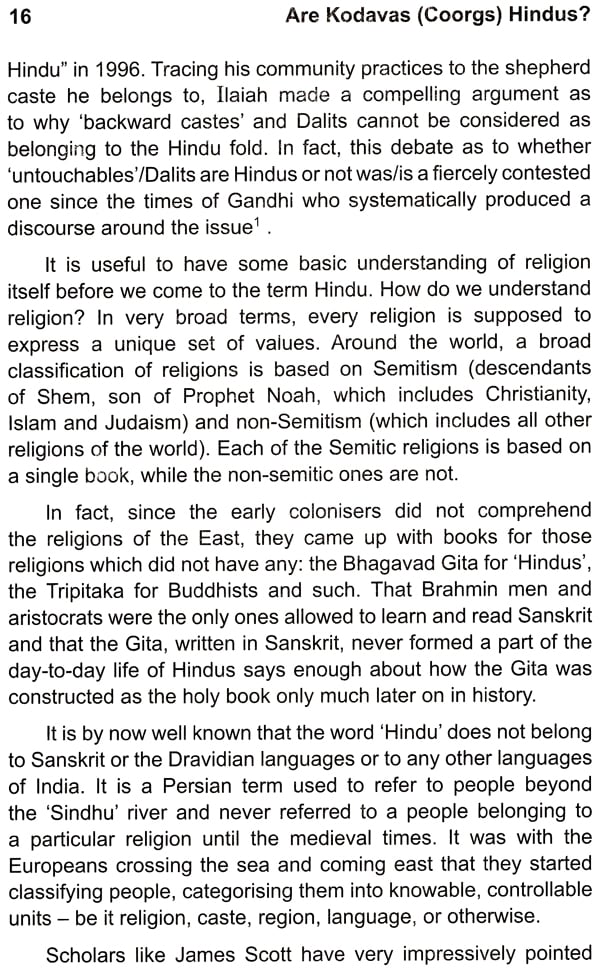 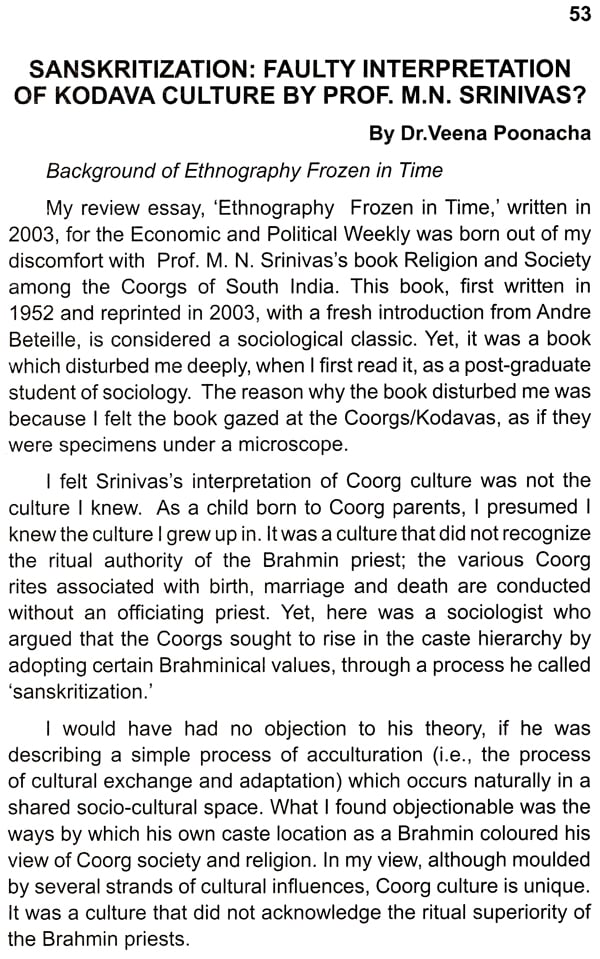 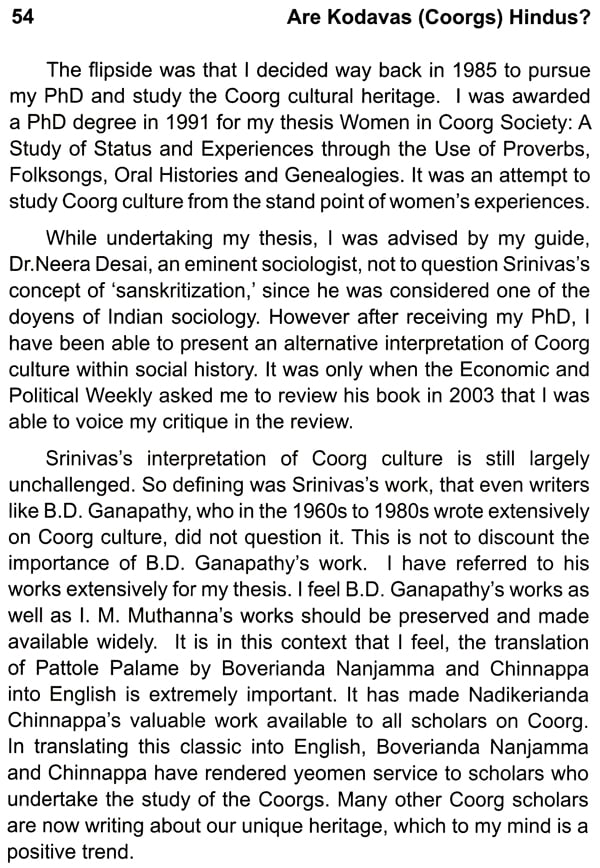 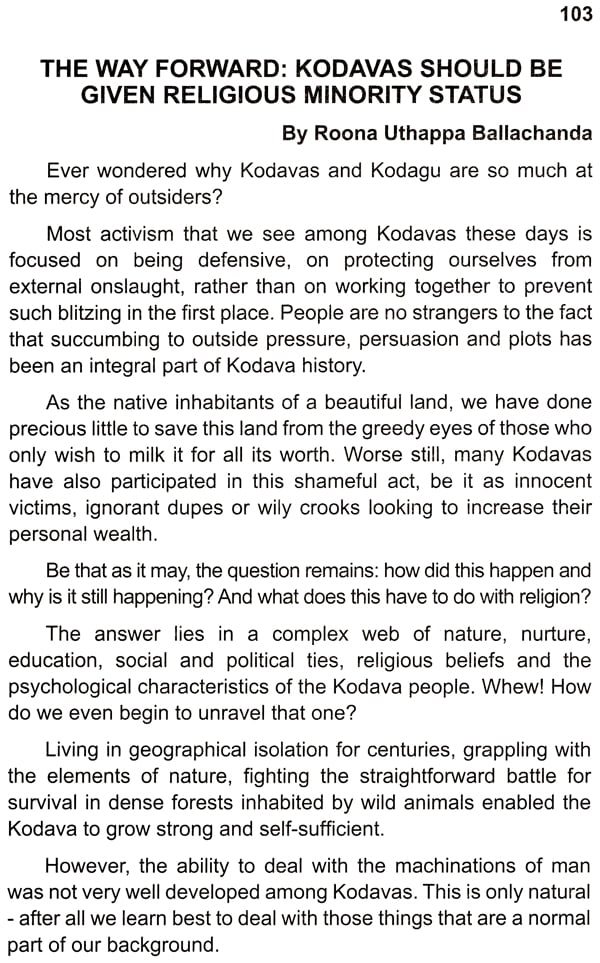 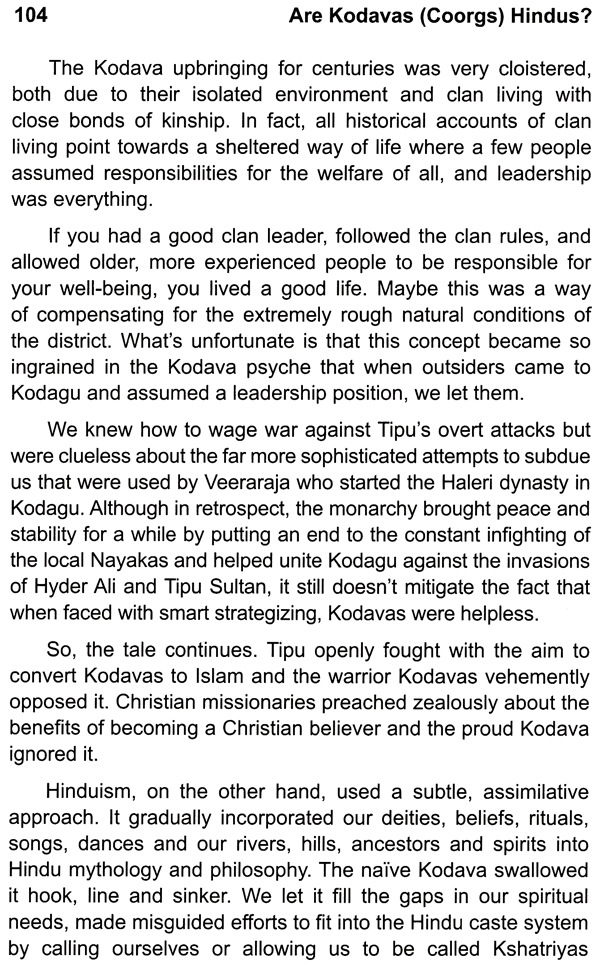