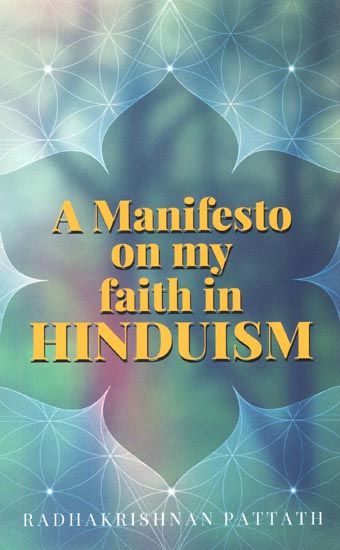 This small book will give a precise idea on Hinduism covering its vast and various fields of practice and faith. The author wants believers in all religions to be logical and rational and to avoid all violent confrontations in the name of religion.

Colonel Radhakrishnan Pattath (23-09-1938) is a product of Madras Christian College, Tambaram, where he worked as a Philosophy lecturer from 1960 -1962.

He joined the JAT Regiment in 1963 as a commissioned Officer. He fought against Pak aggression in 1965 (Battle Honour: Phillora) and in 1971 for the liberation of Bangladesh (Battle Honour: Madhumati). After a distinguished career with coveted instructional and staff appointments and after commanding 5 JAT Regiment, he retired from service in 1994. Then he worked in the security industry as General Manager of Industrial Security and, Senior Advisor of Security to Glabe Detective Agency for two years and then Chairmen and Managing Director of Quadraguard Security for 17 years. Colonel Radhakrishnan had published many articles in English in different journals and had won an all India Essay competition on "Terrorism" conducted by the Friends Of Police. His publications include "A Security Hand Book" in English and "A Soldier's Romantic Poems" in Malayalam.

This Manifest is to spell out my faith in Hinduism. I am not a fanatic nor am I against any other religion. They may keep their faith and allow me to have my faith. But it is found that Hinduism is subjected to vicious criticism by them. I refute such criticism. My conviction in my faith is above logic and in the spiritual plane. I respect all religions and consider them all as different paths to God. But the best path to God, no doubt, is Hinduism in its present form. 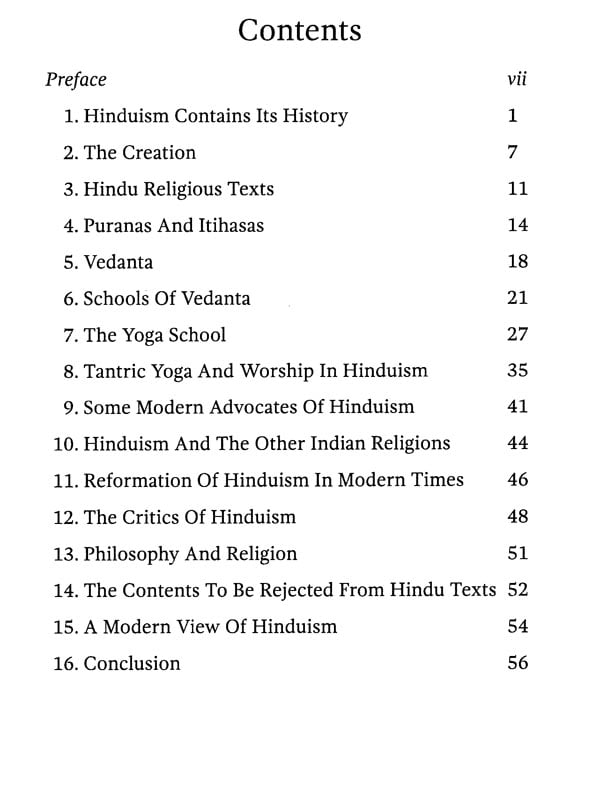 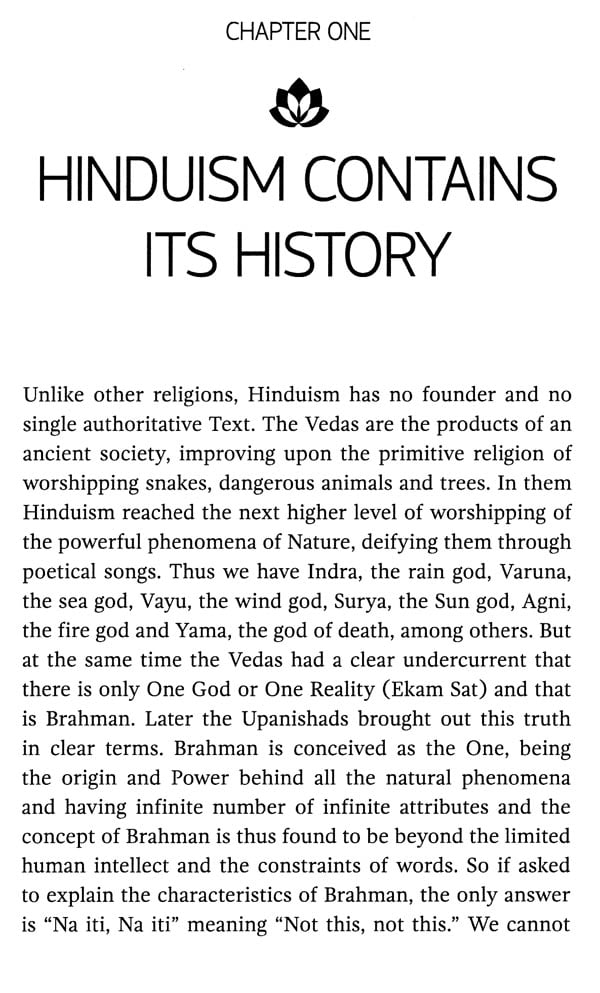 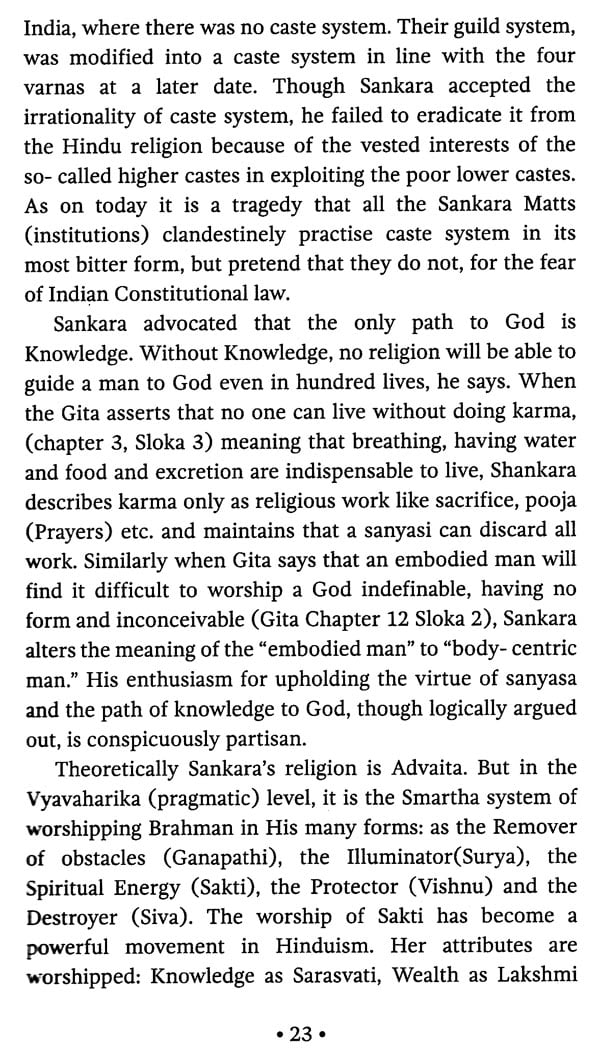 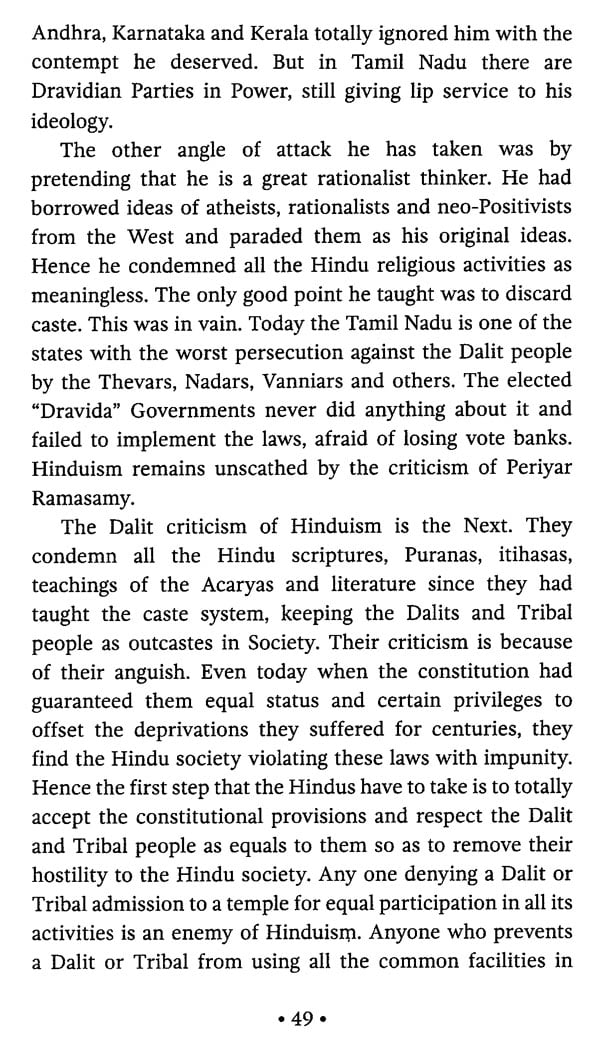 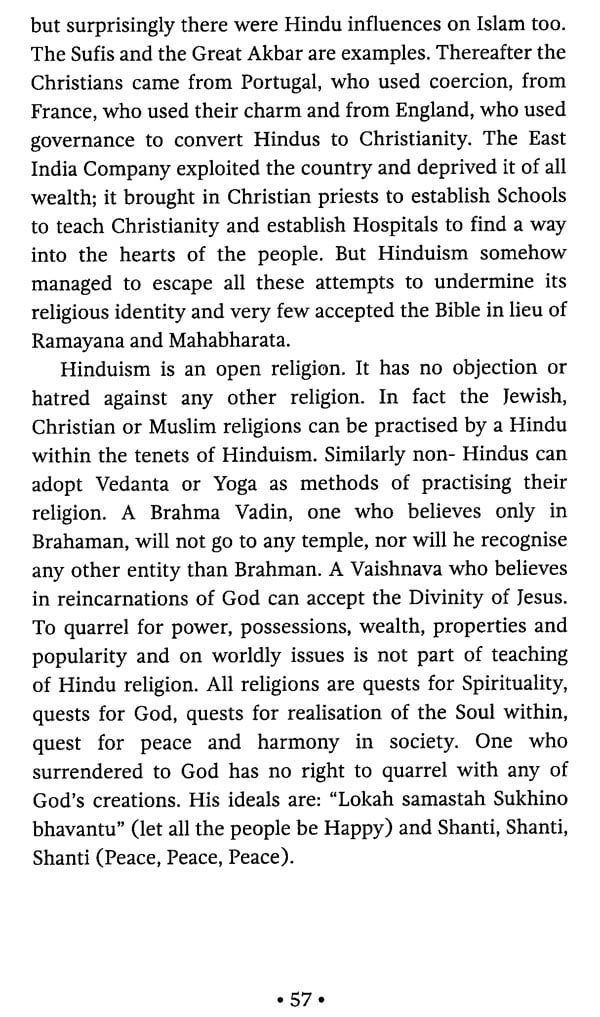 The Hindu Rite of Entry Into Heaven: and others Essays on Death and Ancestors in Hinduism
By David M. Kinpe
$32.80
FREE Delivery
$41  (20% off)

Philosophical Foundations of Hinduism The Veda, the Upanisads and the Bhagavadgita: A Reinterpretation and Critical Appraisal
By R.S. Misra
$44
FREE Delivery
$55  (20% off)

The Arts of Hinduism Buddhism and Zen (Its Religious Belief's and Philosophy)
By Nancy Wilson Ross
$49.60
FREE Delivery
$62  (20% off)

METHODOLOGICAL STUDIES IN THE HISTORY OF RELIGIONS: With Special Reference to Hinduism and Buddhism
By N. S. S. RAMAN
$26.40
FREE Delivery
$33  (20% off) 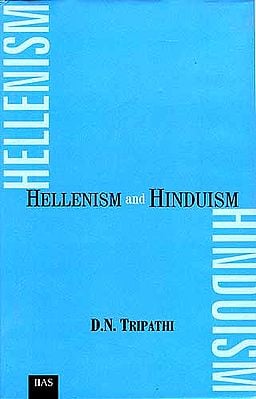