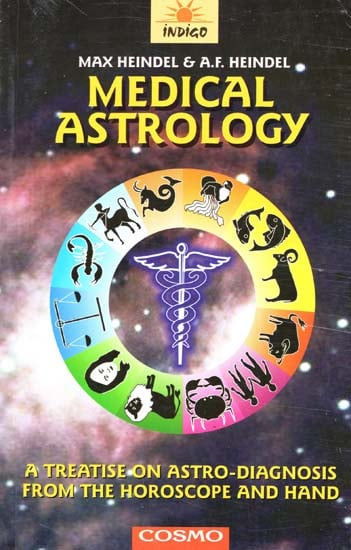 Astro-diagnosis is the science and art of obtaining scientific knowledge regarding disease and its causes as shown by the planets, as well as the means of overcoming it. This new science of diagnosis and healing is slowly permeating the medical world. It is a science which will not set aside the old school of medicine and diagnosis, but it is an addition to the old school the latter, we feel, will in time accept this newer method. At present many physicians are willing to cooperate with the newer schools of osteopathy, nature-cure, chiropractic, etc., and these open-minded men are ready to accept a more advanced method of diagnosis when it has been demonstrated to them as reliable.

Depending entirely upon outward symptoms in locating disease and relying wholly upon the action of medicine have cost mil-lions of lives in the ages past. But man is now becoming too enlightened, too broadminded to stick stubbornly to old methods which have been proved by many mistakes, by the sacrifice of many lives, to be inadequate. Medical science with its improved instruments, the X-ray, iri-diagnosis, blood tests, etc., has made great strides toward better methods of diagnosis. But the time is not far hence when it will be generally conceded that to know in advance where human chain is weakest, to understand by the science of the stars where the practitioner may look for trouble, is by far the best way. Doctors will then arrive very quickly at the cause of disease, and they will also know what methods will be best to effect a cure. When they can use the key to the soul, the horoscope, they will find the treatment to which the patient will respond. They will also know the character of the patient, whether his will is weak, and whether he is negative or emotional. They will then be guided in their methods of treatment according to the information thus obtained.

Disease may be classed under two heads, latent and active. "Symptoms" give indication of disease which is in process of materializing. Latent tendencies to disease are shown by the planetary afflictions in the horoscope of birth. In some instances these tendencies may remain latent during the entire life be-cause the native has lived in such a manner that no strain was put on the body which would give the planets a chance to develop their latent weakness. If there is a weak link in a chain but no strain is put upon it, the chain will remain whole. So in the case of planetary afflictions, they too may remain latent. But let the native abuse his body and at once these weak spots will appear. This gives us the second class of disease, the active type. When the planetary aspects have been stirred into action and disease has appeared, the progressed planetary positions give the diagnostician the key to it.

When the medical men, the scientists, the occult scientists, and the astrologers have reached a friendly understanding, when the budding discoveries and the broader thoughts of man are no longer at variance with each other, then humanity will know that the terrors and the pain of the operating room are things of the past. Then buoyant health will be universally enjoyed, for mankind will be taught how to live in order to avoid suffering. The doctors will be just as anxious to keep people well as they now are to help them to recover from disease. The time is not far hence, we believe, when the government will feel the necessity of paying doctors a yearly salary to teach the people how to avoid the pitfalls which lead to disease. 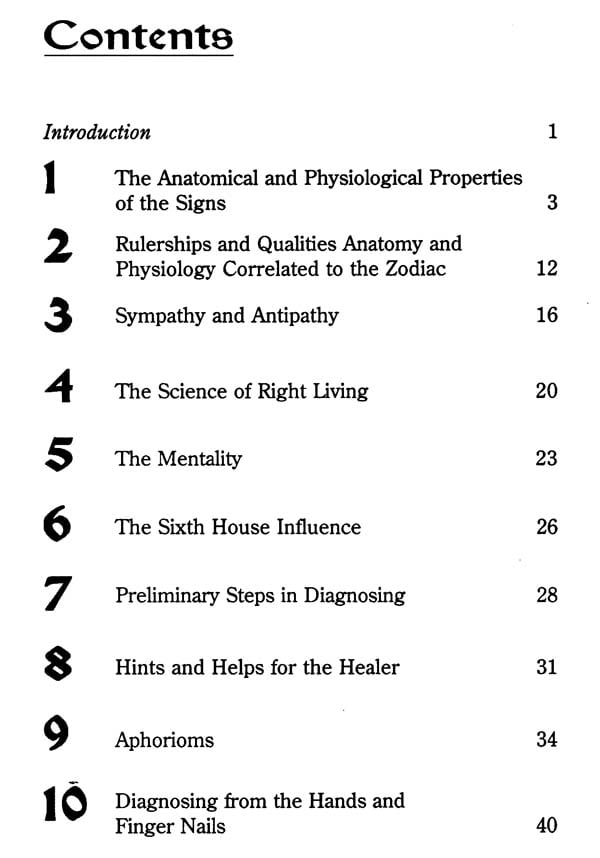 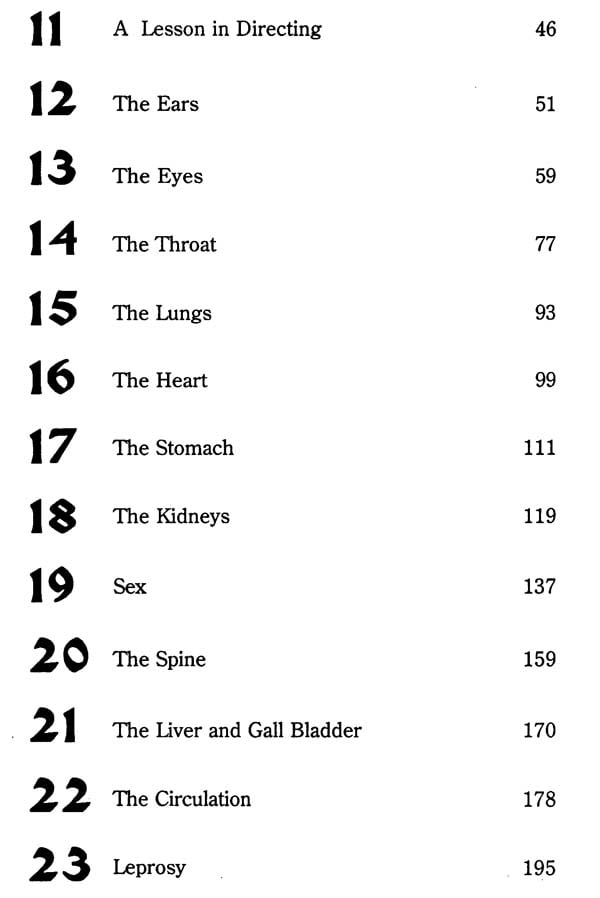 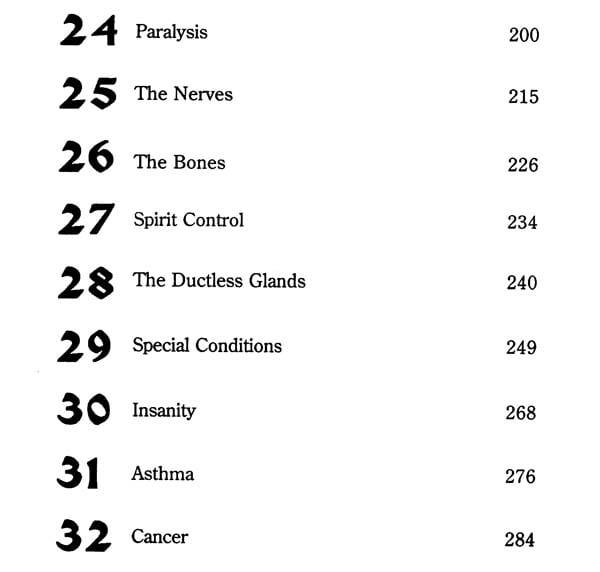 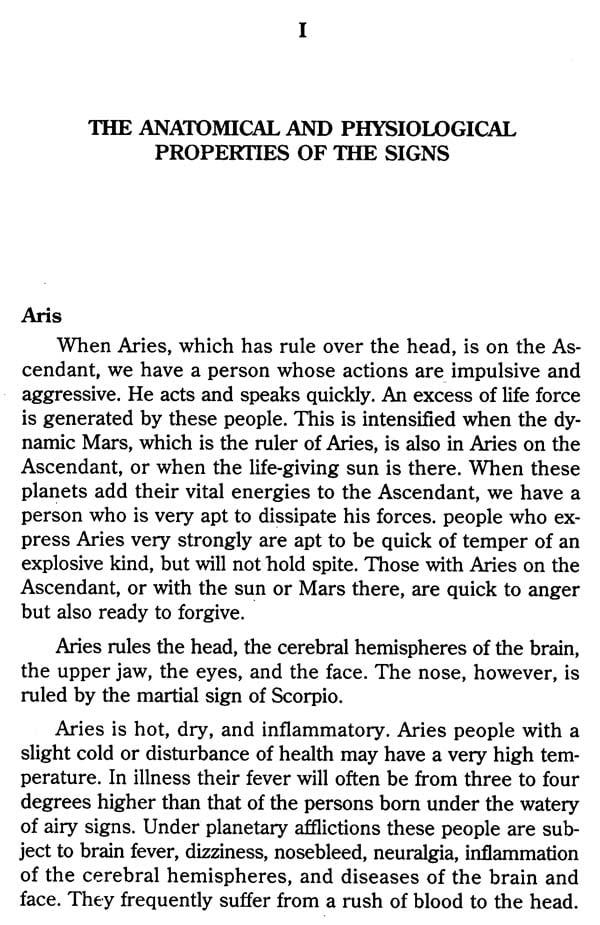 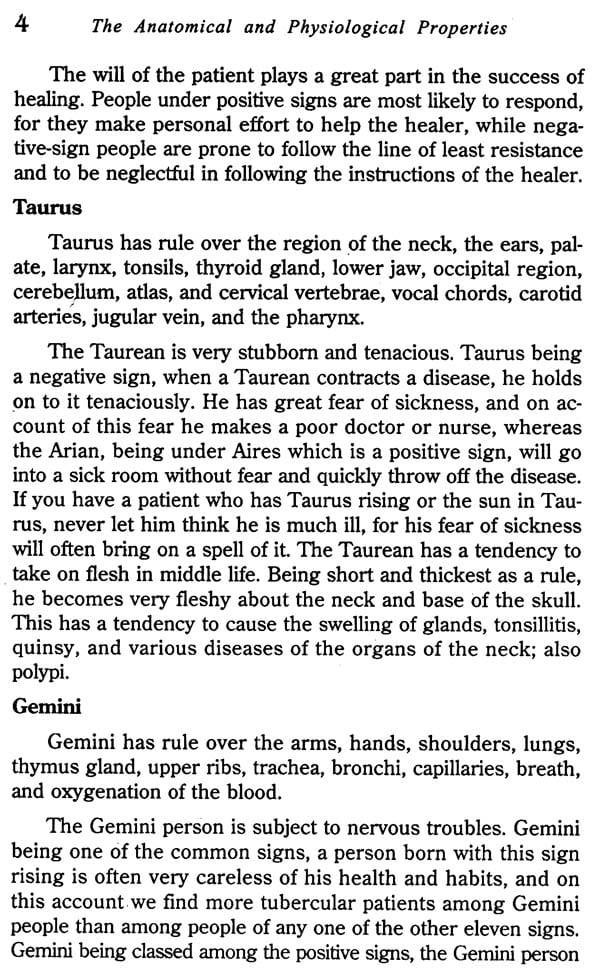 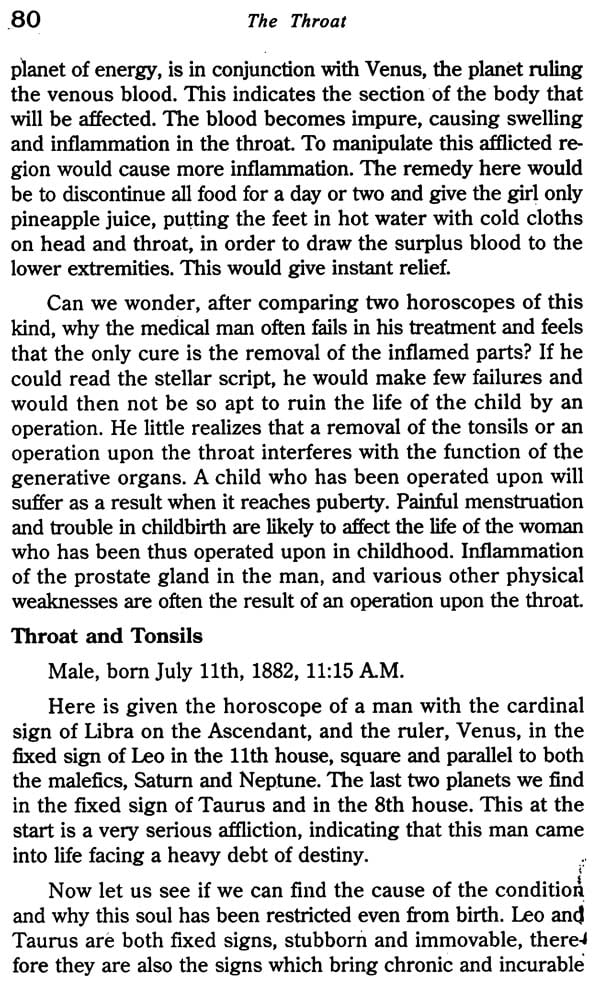 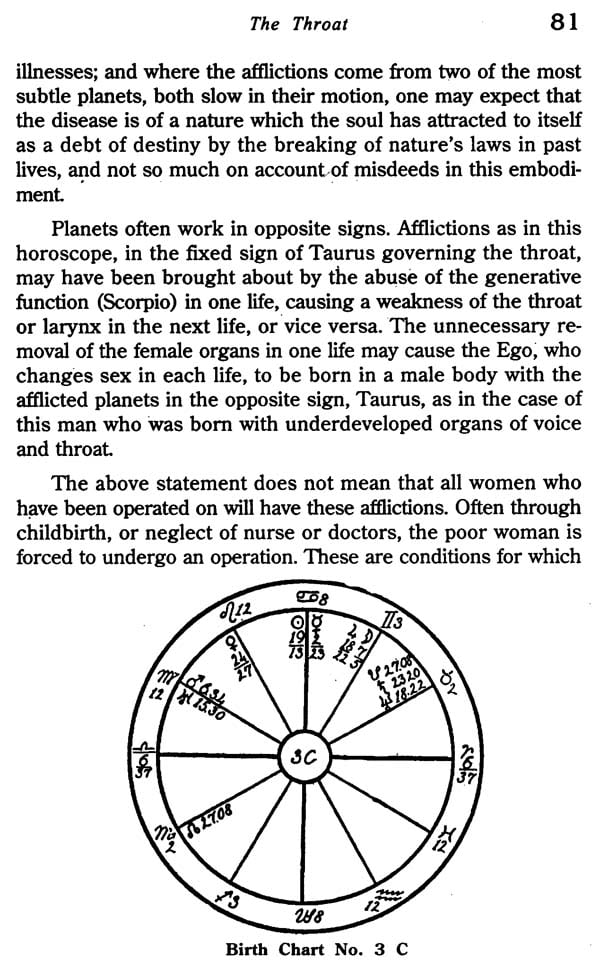 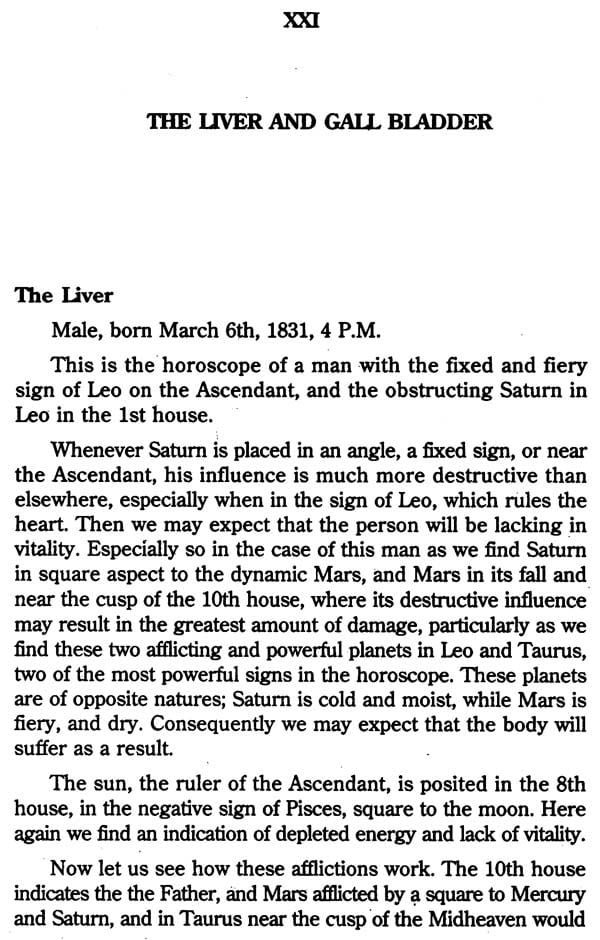 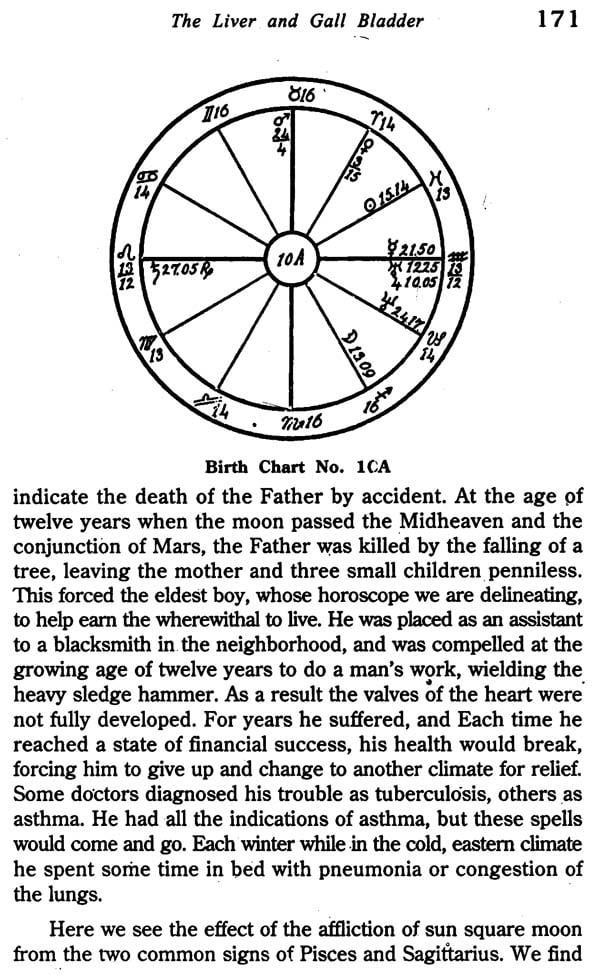 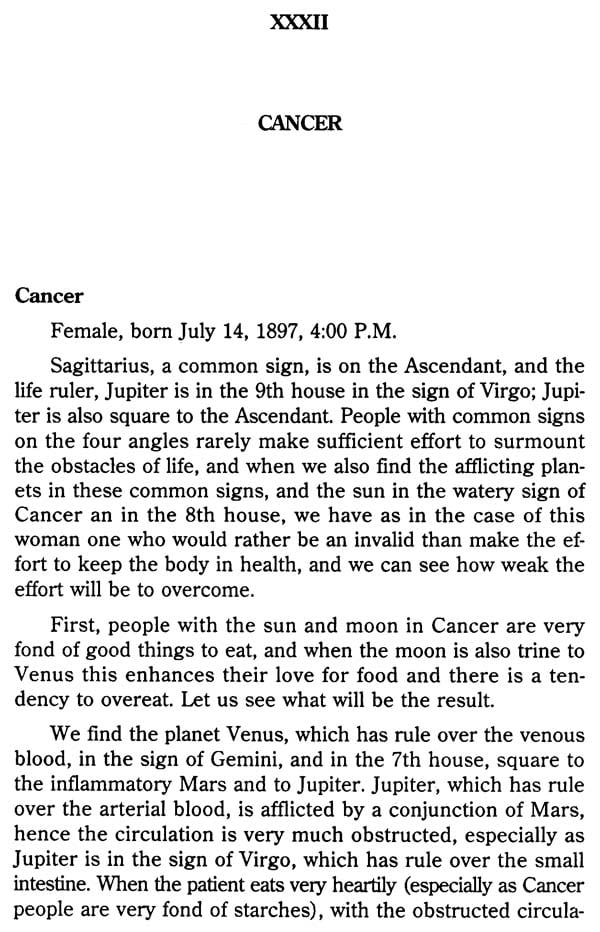 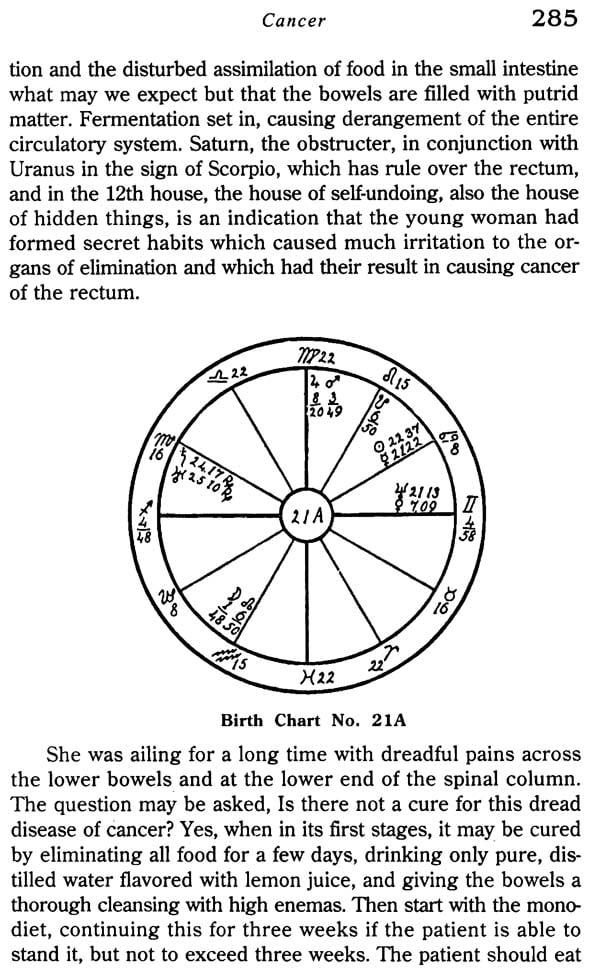 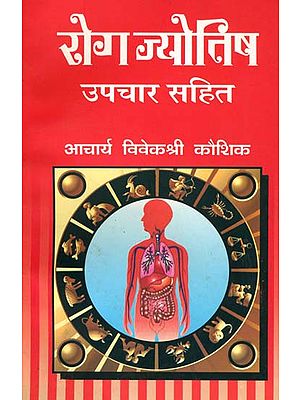 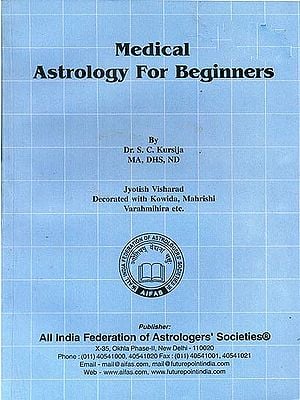 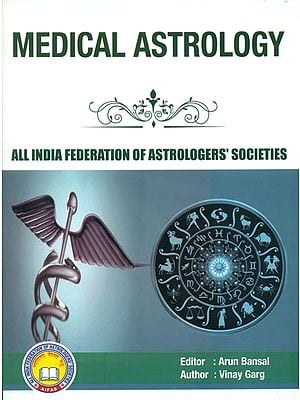 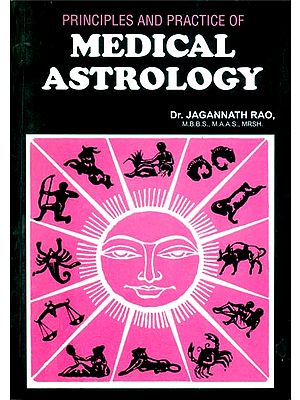 Principles and Practice of Medical Astrology
By Dr. Jagannath Rao
$18
FREE Delivery
$24  (25% off) 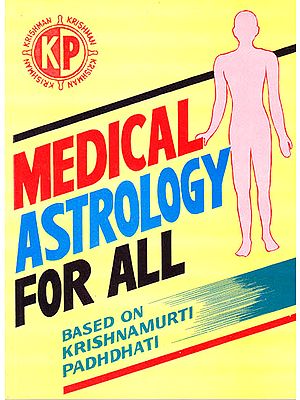 Medical Astrology For All (Based on Krishnamurti Padhdhati)
By K.Subramaniam
$23.25
FREE Delivery
Best Seller
$31  (25% off)

A Complete Book on Horary Astrology: Principles and Case Studies (Application of Prasna Astrology)
By V.K. Chaudhary and K. Rajesh Chaudhary
$18.75
FREE Delivery
Best Seller
$25  (25% off)
Add a review
Have A Question