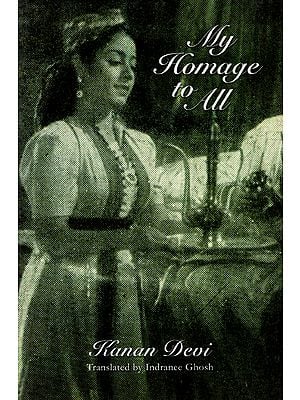 My Homage to All

Kanan Devi, one of the early singing stars, came into the film world in the silent era and, unlike many others, survived the transition to talkies.

Reduced to working as a domestic help after the death of her father, her life took a dramatic turn when she was offered a film role and, encouraged by her uncle, she took it.

In this lively and candid account of her experiences (originally published in 1973 as Shobarey Aami Noma), Kanan Devi recalls the early days of cinema in Bengal, analysing and comparing conditions of film acting in the early 1930s with what she saw two or three decades later when she herself was a producer and director, with her own film company, Shrimati Pictures.

This fascinating and unusual story offers not only a different perspective on the growth of the film industry in Bengal, but also a first hand account of the position of women who came into the public sphere in the early decades of the last century.

I was indeed very young then, yet if I could get hold of a book I'd I lie around with it all day, never mind if I understood it or not. Of course, it was another matter if it happened to be the Puranas, Bhagwad, Ramayana, or Mahabharata. This was how I came across a story in the collection of short stories in the Bhagwad. In it a pundit reads out excerpts from the Bhagwad to the king every day. At the end of each reading he asks the king, 'Raja, do you see?' and the king laughs and says, 'You do it first'... and this is how the days went by. Suddenly, one day, the spirit of renunciation rose and surged like a tide in the pundit's blood. The books lay neglected. Worldly life seemed like poison to him. In a trice he was gone-very far, beyond the visible horizon. Before leaving he left a letter for the king. It contained just one sentence, 'Raja, I can see.'

Although I didn't understand the story very well when I read it, nevertheless, it made a deep impression on me, like a sweet melody that keeps playing inside you even though you may not know what raga it is. Now that my life has reached a stage of maturity, those words in all their bewildering beauty have the power of forming a vision within me.

Sitting down to draw a picture of my life at the request of others I feel like repeating the pundit's words, slightly altered: A truth I might not have realized entirely but have at least come close to realizing is that no one hands you honour and reverence on a platter. Getting even the smallest things poses problems. Having been scorched many times, having borne much pain, having chosen the path of bloody conflicts with my soul, I have come to see that the world is not innocent. The world is like a difficult mountain, too jagged to climb. With a pickaxe it must be cut and levelled to carve out a path for oneself. I find I am eager today to describe the making of this path. But I haven't as yet found any task so difficult as this one of self-analysis and looking back to recollect the past. Whatever is essentially related to feeling loses much of its potency in trying to put it into words.

I am not one to support the idea of writing an autobiography. I never have been. Writing an autobiography would suit one whose greatness stands out like a beacon spreading light everywhere. As a small individual I can only recount some of the experiences in my journey of life. In the words of the poet, 'What I have seen, what I have received in life is beyond compare'. This quality of being 'beyond compare'-to really experience this amazing romance is my intent. I don't possess the audacity to write an autobiography. My humble request to my readers is not to see this attempt as one.

Among my many perceptions in life, one real perception is that the event itself is not the most important. Very often the garbage of events conceals the nature of the truth. So it is that I do not believe in describing incidents. I haven't even remembered most of them. That the events of the past might bring me in gratitude and humility to the Beauteous One, that I might say, 'In this life you have given me birth to another life' is my wish. In His unbidden compassion all the fetters of my life have floated away in a flood of misery. He who took in his hand the unimagined, the impossible, the unthought-of , and gave me all unasked-I have not seen Him. But I can feel His benevolence-I have been amazed again and again-'How did this happen? I don't deserve this!' If I could convey even a tiny bit of this surprise, I'd feel blessed. 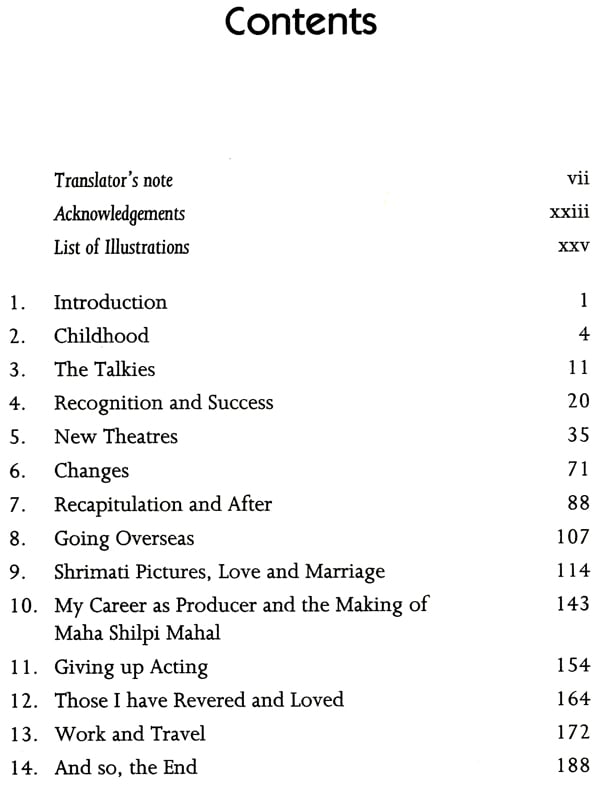 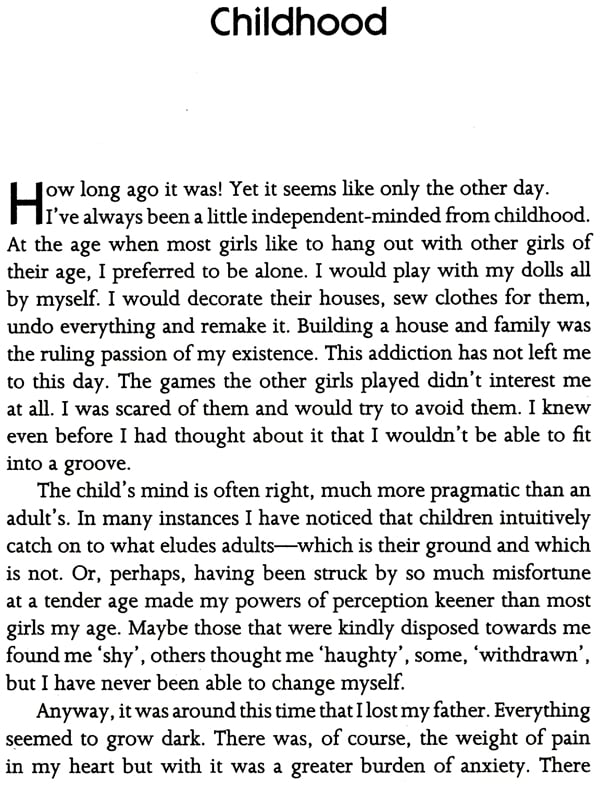 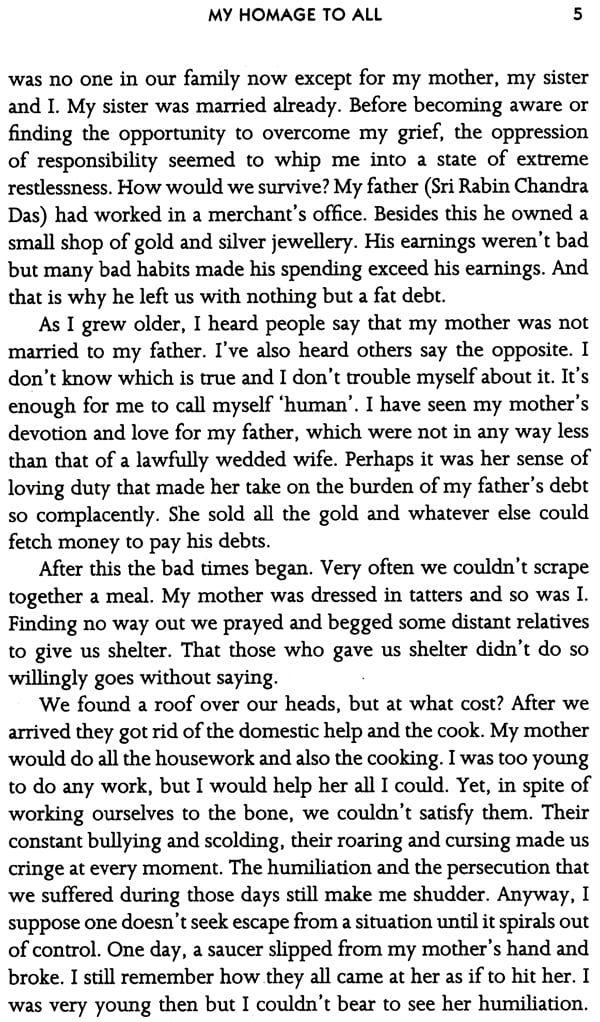 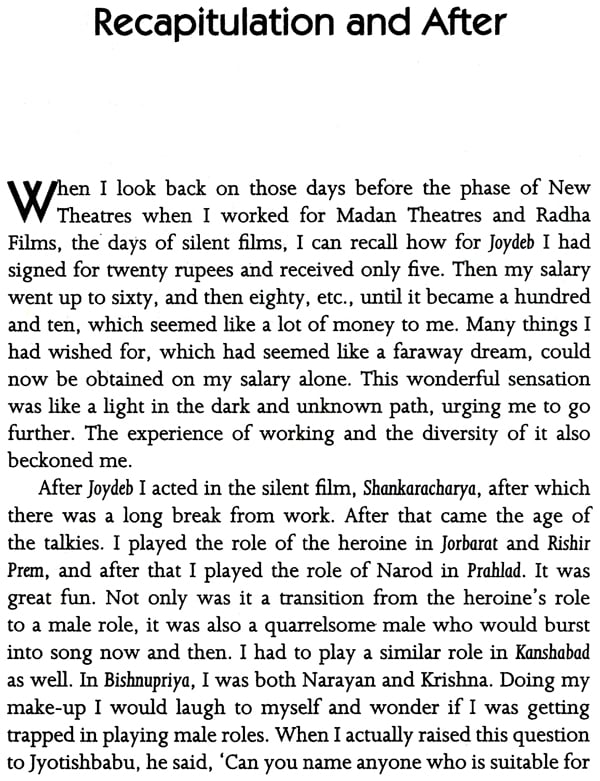 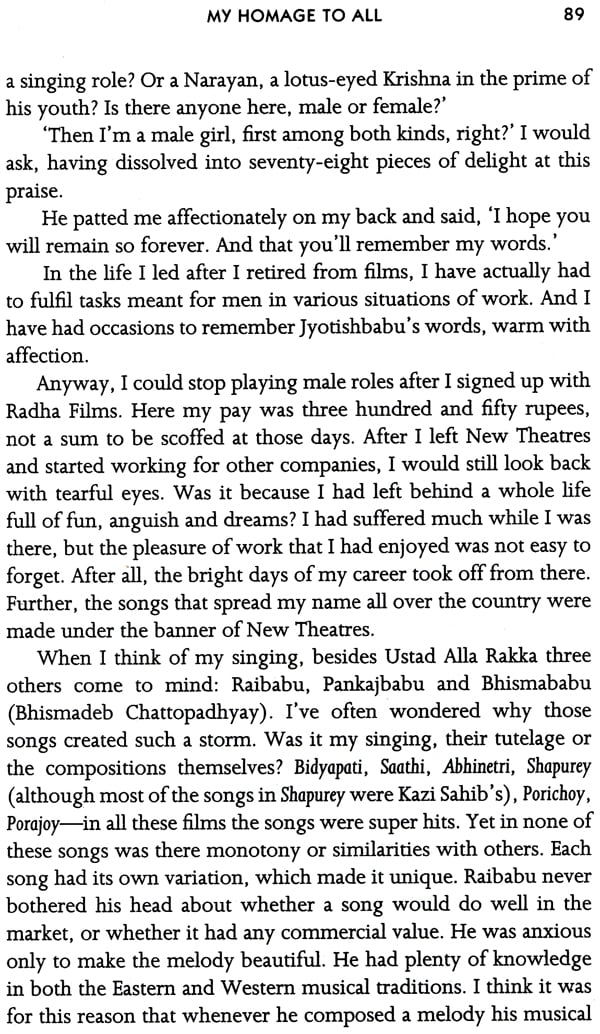 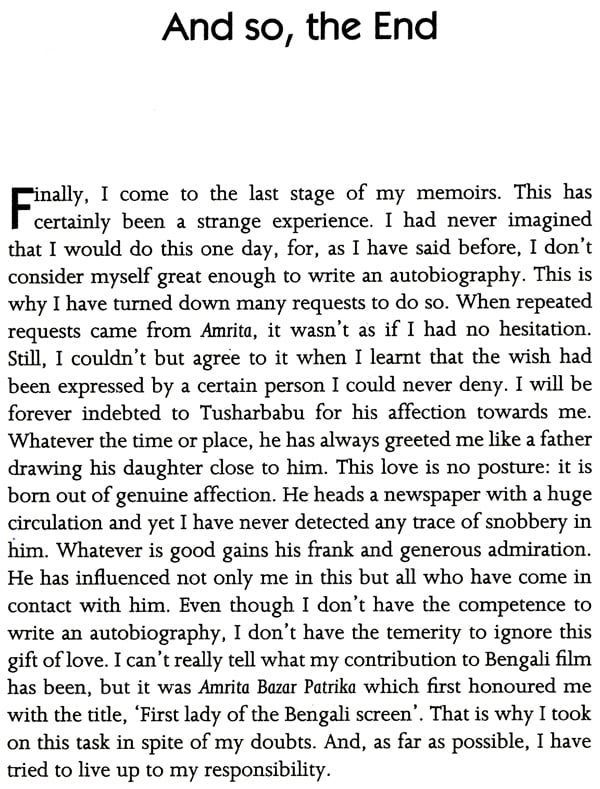 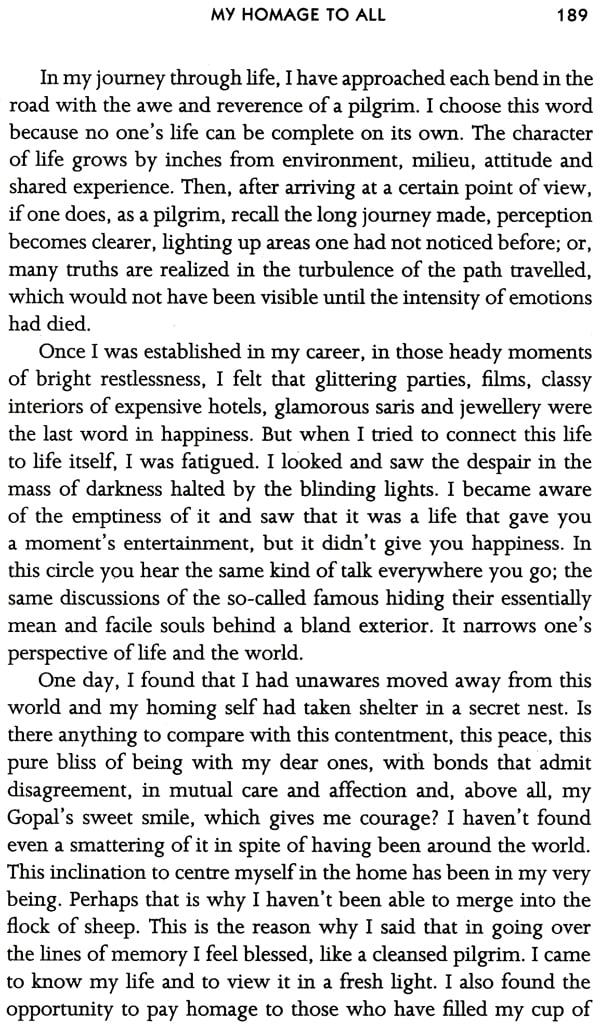 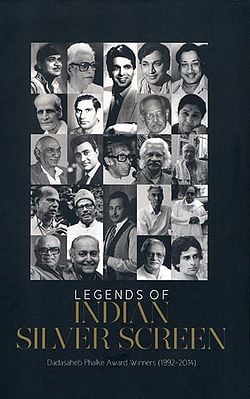 Mahanayak Revisited: The World of Uttam Kumar
By Swapan Mullick
$25
Out of Stock

Folk Music of the Himalayas
By Mandira Ghosh
$111
FREE Delivery 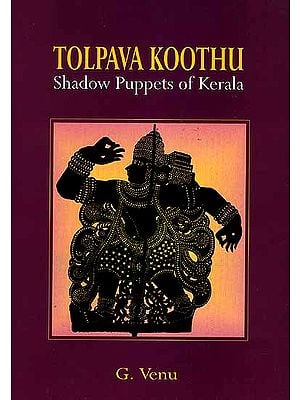