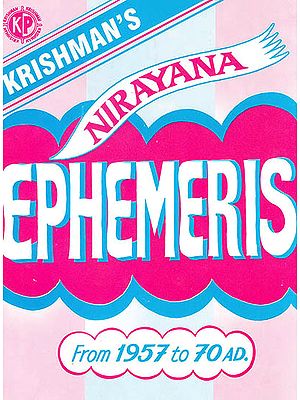 Nirayana Ephemeris (Of Planets Places For Every Day For the Years From 1957 To 1970 A.D)

Several astronomical ephemeredes are available in India and elsewhere which furnish the geocentric positions of the various planets for a number of previous years. Brodly, these are of two kinds. There are regular yearly publications which give the daily positions of the planets for a specified individual year. There are, also, some condensed ephemeredes which tabulate the planetary positions for every seventh or every fourth day or so for a consecutive numbers of years. Till recently, the vast majority of the readers could not afford the luxury of owning a collection of yearly ephemeris for every one of the previous years, their cost being prohibitive. Nor could they lean, in the alternative, on a condensed ephemeris which, to say the least, is not suited for precise work.

The present work meets the immediate and specific demand from the public of an accurate Nirayana Ephemeris for a consecutive period of years from 1941 to 1966 A. D. The geocentric longitudes of the Sun, Moon, Mars, Mercury, Jupiter, Venus, Saturn, Rahu, Uranus and Neptune to the nearest minute are given here, according to the Nirayana or Sidereal zodiac system, any country or zone equivalent to 5-30 A.M. (IST). The idereal Time expressed in hours. Minutes and seconds is computed for every day at 5-30 A. M. Local Mean Time at 82° -30’ East Longitude –the Longitude of the Central Meridian of India. This Sidereal Time can be adjusted to the standard Time Meridian of any country or Zone in tow ways. If the time difference between the Local standard Time Meridian and the Indian Standard Time Meridian is added to (for long east of 82°-30’ E), or subtracted form (for long west), the sidereal time in this Ephemieris, the resultant figure is the Sidereal Time at the Local Standard Meridian at the Standard Time equivalent of 5-30 a. m. Indian Standard Time. Another way is to add (for east) or subtract (for west) the sidereal time correction for longitudinal difference between the LST and IST Meridians, the resultant figure being the Sidereal Time at the Local Standard Meridian at 5-30 a. m. Local Mean Time.

As aforementioned, the planeta4ry positions derived in this Ephemeris are according to the Nirayana or Fixed Zodiac system and any reader desiring equivalent Sayana positions may easily obtain the same by adding the Ayanamsa value for the year relevant.

In publishing this Ephemeris, the author has been prompted solely by the desire to help every earnest student of the useful science of Astrology in drawing up charts that will bear most critical investigation. If this work furthers this object, the lanours of the author will have been amply rewarded.

The author feels exceedingly grateful to Sri N. Ramachandra Rao and Sri S. Balasundaram, for the generous help they have rendered at every stage of this work and without whose ungrudging co-operation and physical assistance this work could not have come before the readers. 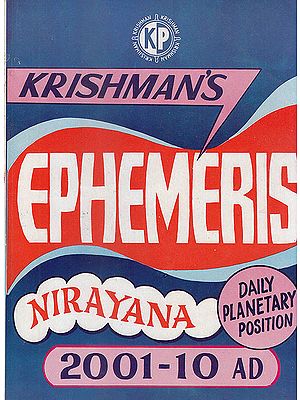 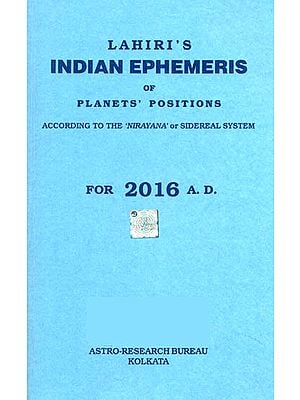 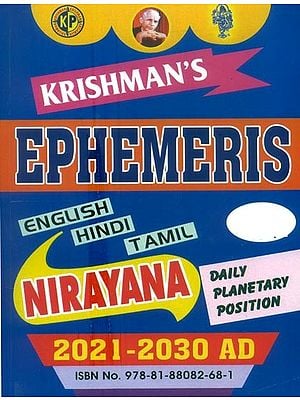 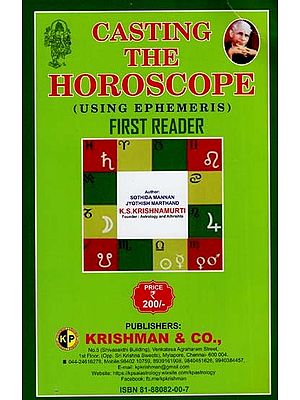 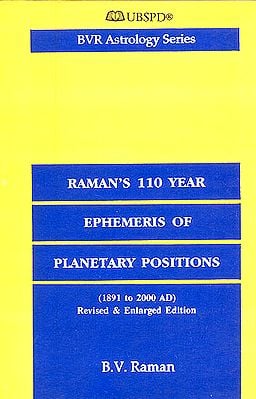 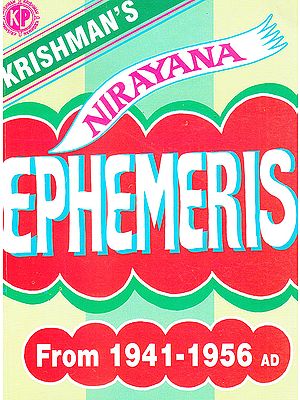 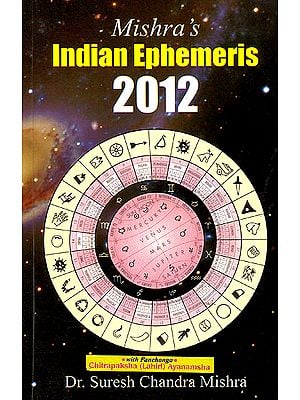 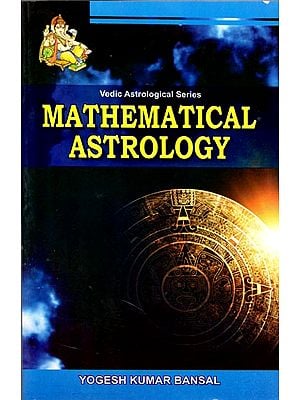 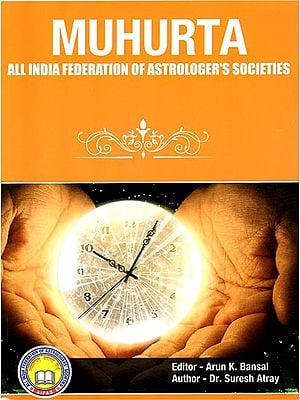 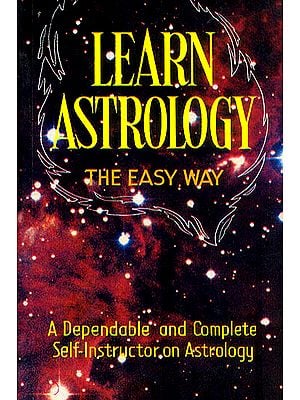 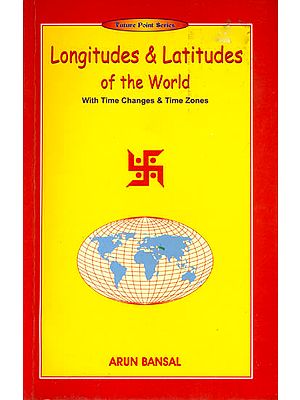 Longitudes and Latitudes of the World (With Time Changes and Time Zones)
By Arun K. Bansal
$22
FREE Delivery