Is it possible to live a life without conflict in the modern world, with all the strain, struggle, pressures, and influences in the social structure? That is really living, the essence of a mind that is inquiring seriously. The question whether there is God, whether there is truth, whether there is beauty on came only when this is established, when the mind is no longer in conflict, says Krishnamurti in this book, which brings together the most significant excerpts on a theme that he dwelt upon frequently in his talks, writings, and dialogues.

Jiddu Krishnamurti was born in India in 1895 and, at the age of thirteen, was taken up by the Theosophical Society, which considered him to be the vehicle for the ‘world teacher’ whose advent it had been proclaiming. Krishnamurti was soon to emerge as a powerful, uncompromising, and unclassifiable teacher, whose talks and writings were not linked to any specific religion and were of neither the East nor the West but for the whole world. Firmly repudiating the messianic image, in 1929 he dramatically dissolved the large and monies organization that had been built around him and declared truth to be ‘a pathless land’, which could not be approached by any formalized religion, philosophy, or sect.

For the rest of his life Krishnamurti insistently rejected the guru status that others tried to foist upon him. I-fe continued to attract large audiences throughout the world but claimed no authority, wanted no disciples, and spoke always as one individual to another. At the core of his teaching was the realization that fundamental changes in society can be brought about only by a transformation of individual consciousness. The need for self- knowledge and understanding of the restrictive, superlative influences of religious and nationalistic conditionings was constant stressed. Krishnamurti pointed always to the urgent need for openness, for that ‘vast space in the brain in which there is unimaginable energy’. This seems to have been the wellspring of his owr creativity and the key to his catalytic impact on such a wide variety of people.

Krishnamurti continued to speak all over the world until he died in 1986 at the age of ninety. His talks and dialogues, jour- nails and letters have been preserved in over sixty books and hundreds of recordings. From that vast body of teachings this series of theme books has been compiled. Each book focuses on an issue that has particular relevance to and urgency in our daily lives. 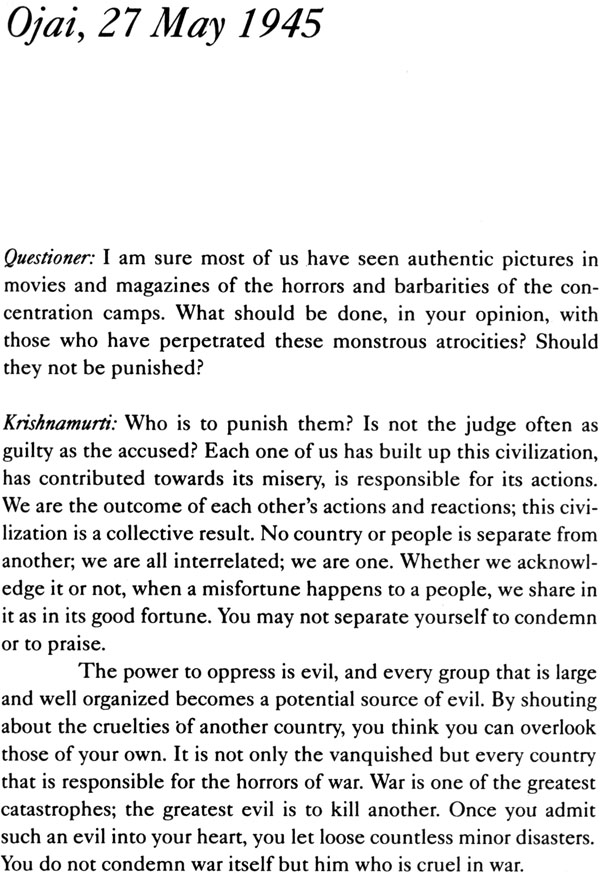 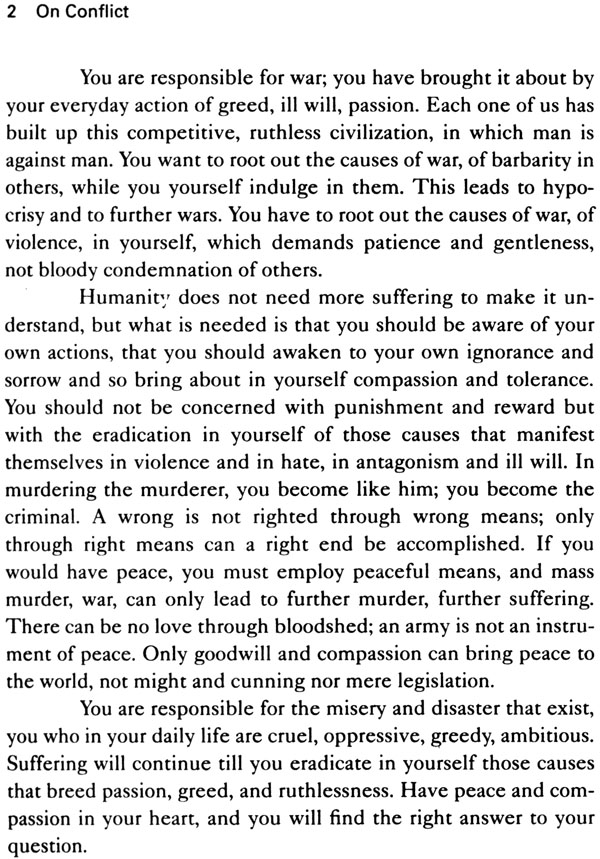 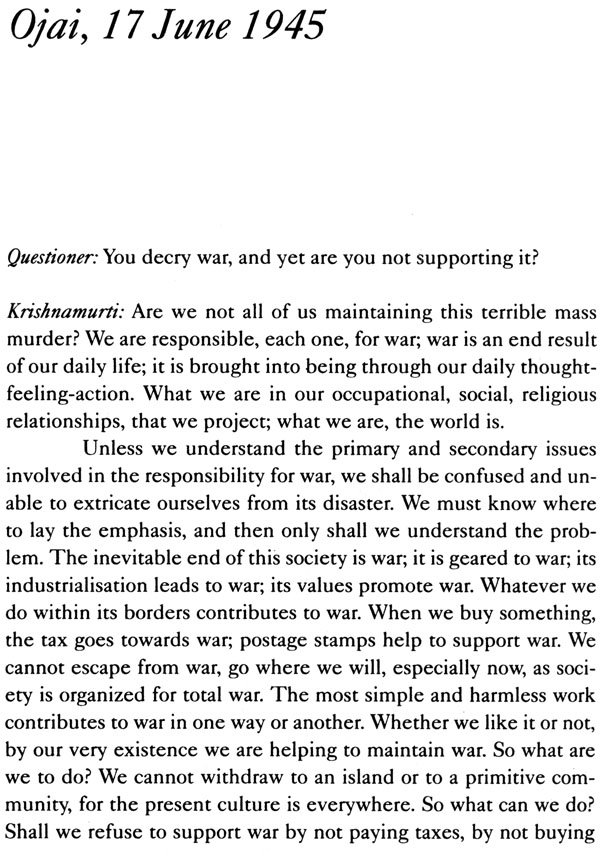 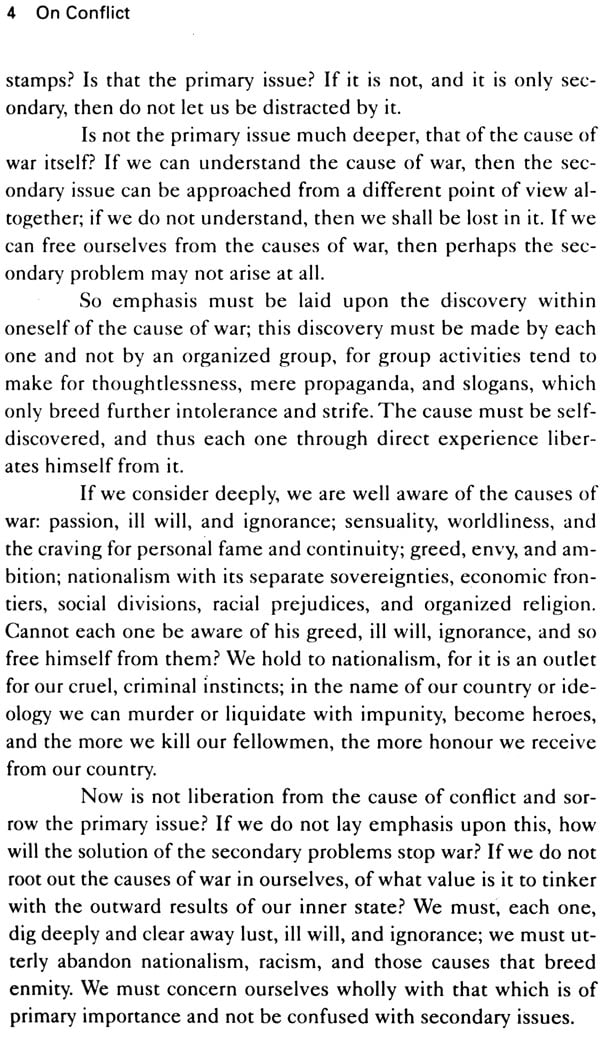 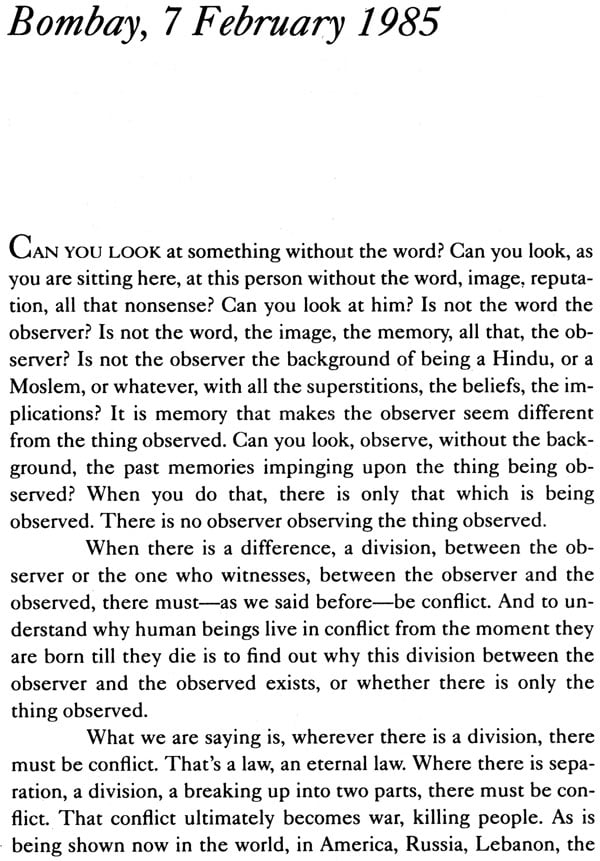 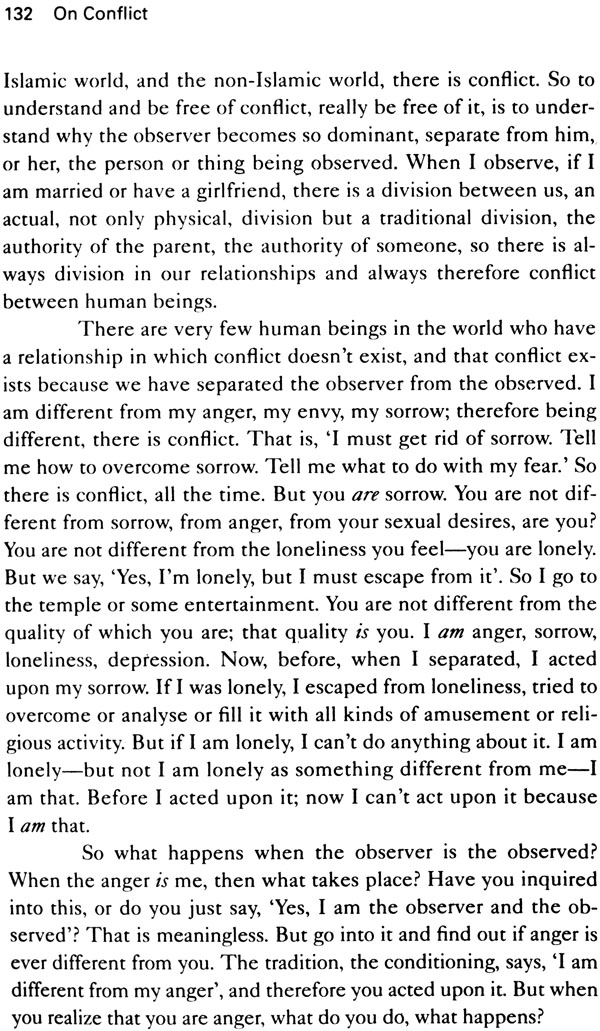 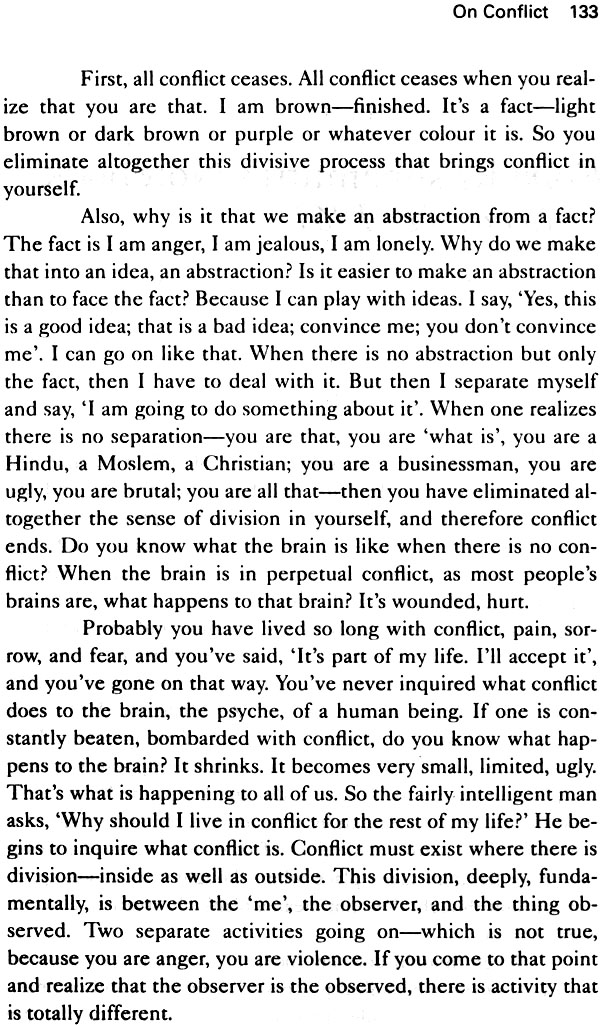 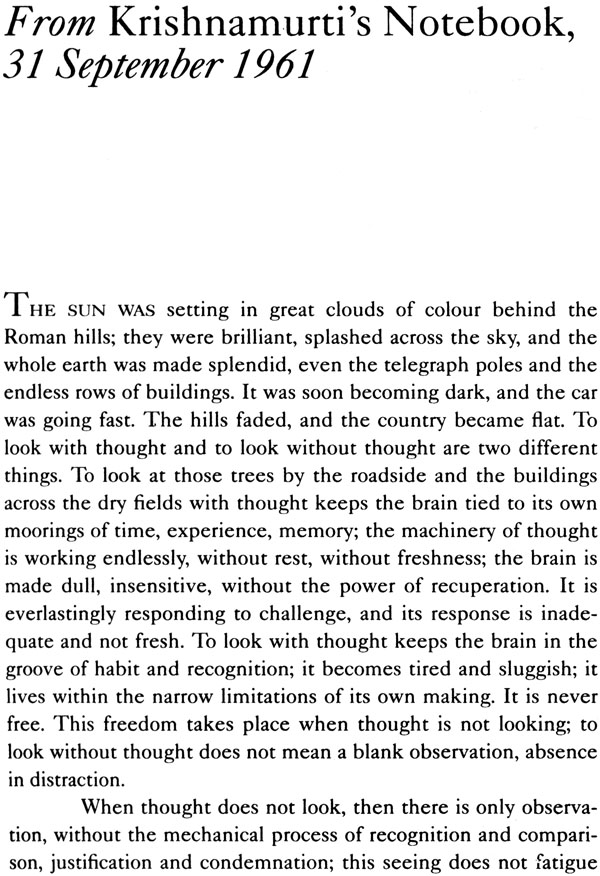 THE WAY IS THE GOAL: GANDHI TODAY
By Professor Johan Galtung
$17.50 Karmic Illusions (Demystifying The “Being" To Realize The Potential)
By Sanjeev Chugh
$23.20
FREE Delivery
$29  (20% off) The Secret of Action
By Dr. H.R. Nagendra
$22
FREE Delivery