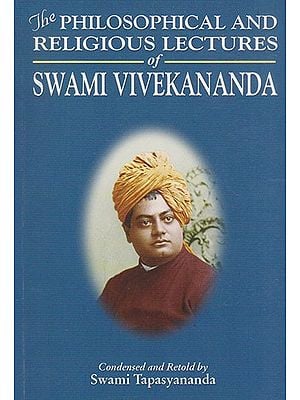 The Philosophical and Religious Lectures of Swami Vivekananda

The Vedanta philosophy, if it is not practical, has no other relevancy. Before the Vedantic teaching of Oneness, the fictitious difference between religion and the life of the world must vanish.

The Vedanta philosophy, if it is not practical, has no other relevancy. Before the Vedantic teaching of Oneness, the fictitious difference between religion and the life of the world must vanish. The ideal of religion, according to the into all our thoughts and find expression in all our actions. It is to indicate this extreme practicality of Vedanta that many of the Upanishadic discourses are put in the mouths of ruling monarchs and not of priests or recluses dwelling away from the company of men or in restricted and cloistered surroundings. The great Vedantic text, the Bhagavad Gita, was delivered in the field of battle by Sri Krishna to Arjuna, the generalissimo of the Pandava army.

But when Vedanta is spoken of as practical, it is meant that it is a high ideal which at the same is to be put into practice without any compromise or dilution.

The actual should conform to the ideal, the present life should be made to coincide with life eternal, and not vice versa.

The first edition of this book was published by Sri Ramakrishna Math, Mylapore, Madras 600 004, in 1984. Since then, the copyright of the book has changed hands. It is now being published by Advaita Ashrama, Mayavati, as the earlier edition got exhausted in such a short time.

The method followed is the same as in the first-to make a precise of the lectures in about one third of the size of the originals, with appropriate paragraph headings that would serve as landmarks to guide the reader through the thought-content of the lectures.

While the lectures of the first Volume expound four distinct themes in four Books, those dealt with here are individual lectures, each dealing with a definite theme. They have, however, got their unity in that they all seek to expound some aspect or other of Vedanta in its practical application to the conditions of modern life.

In the Indian tradition philosophy and religion have always gone hand in hand. Our philosophers never adopted the Western philosophical outlook of an intellectual aloofness that seeks to steer clear of religion. When philosophy accepts the furtherance of man's spiritual life as its aim, it becomes the best ally of religion, exercising an ennobling and liberalising influence on it. Swami Vivekananda's philosophical lectures provide the best example of philosophy put to such a use. They present the universal spiritual values and their rational justification without reference to any particular cult or creed. Though their background is Vedantic, they are so closely related to the fundamentals of spiritual life that the followers of any religion will find in them some aid both to deepen and to broaden their faith. 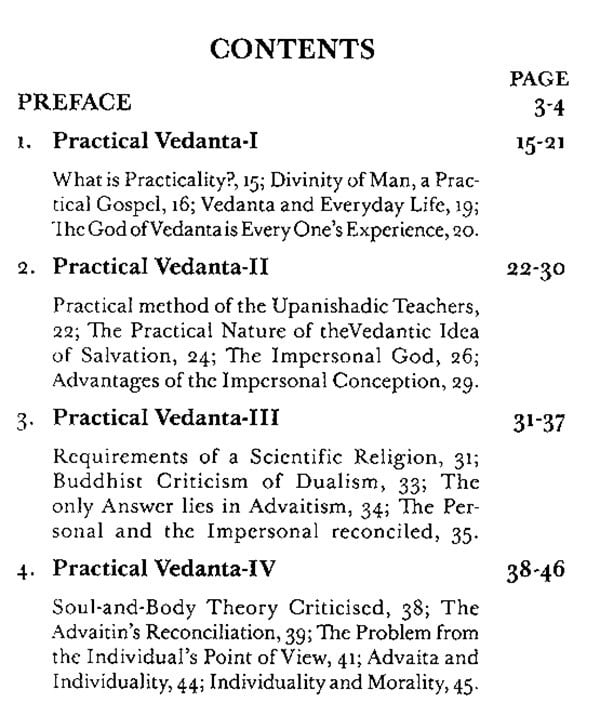 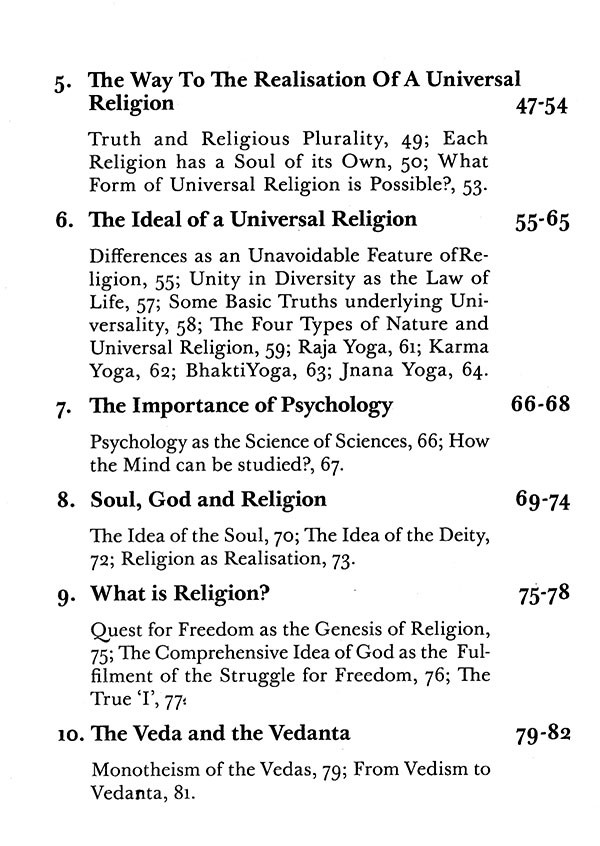 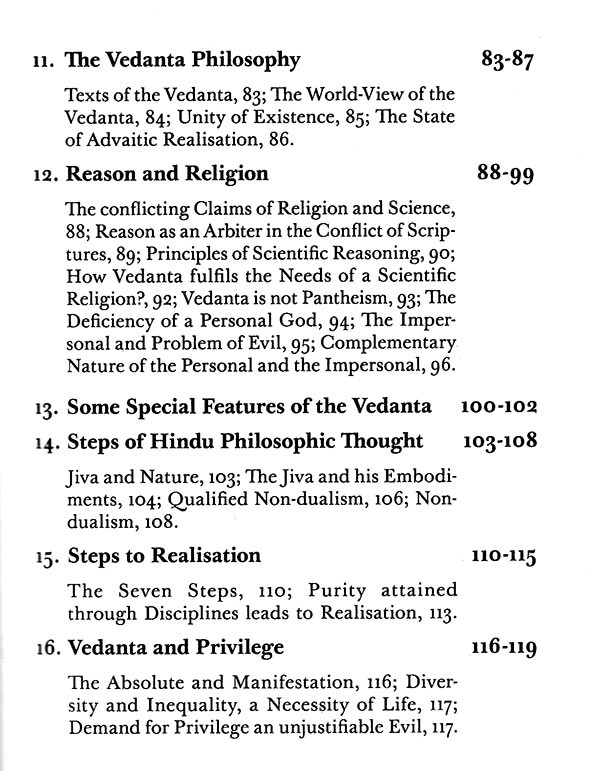 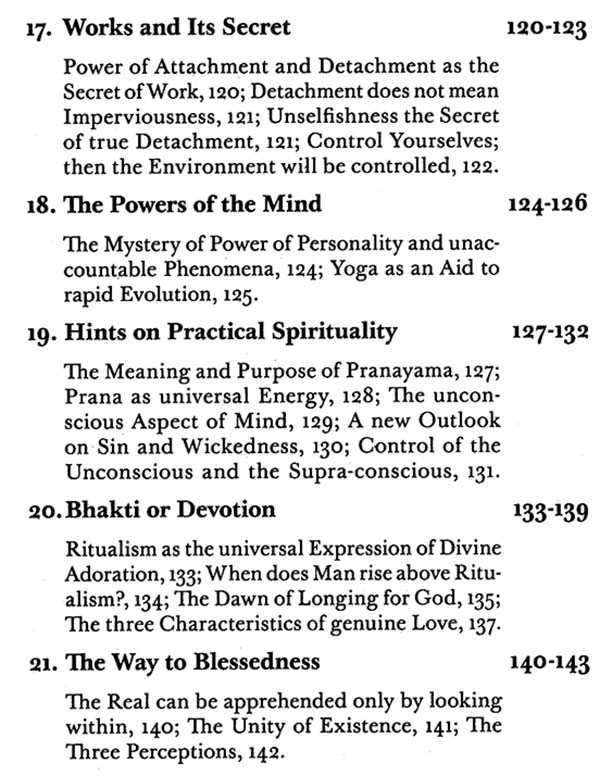 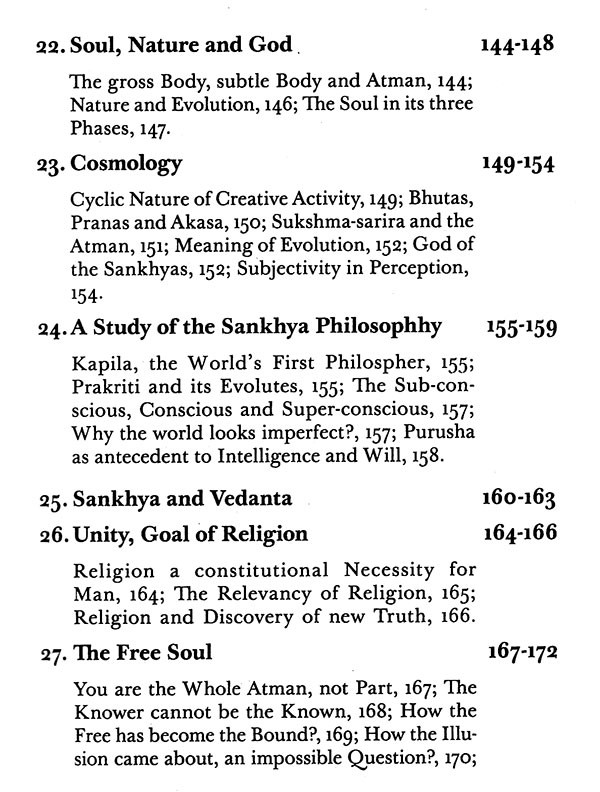 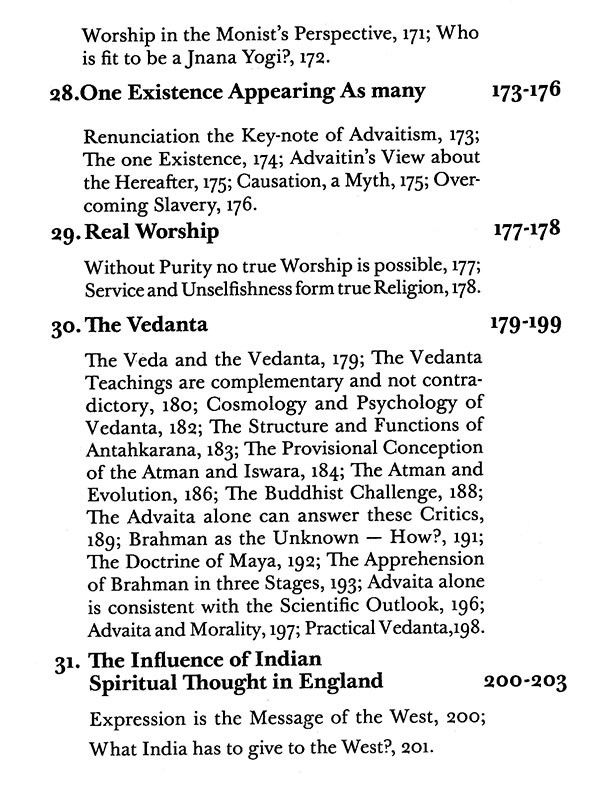 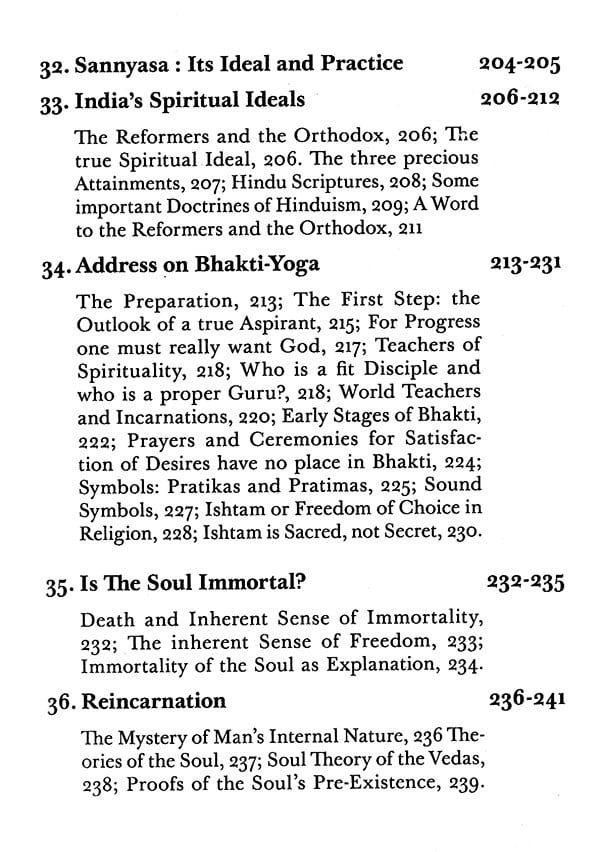 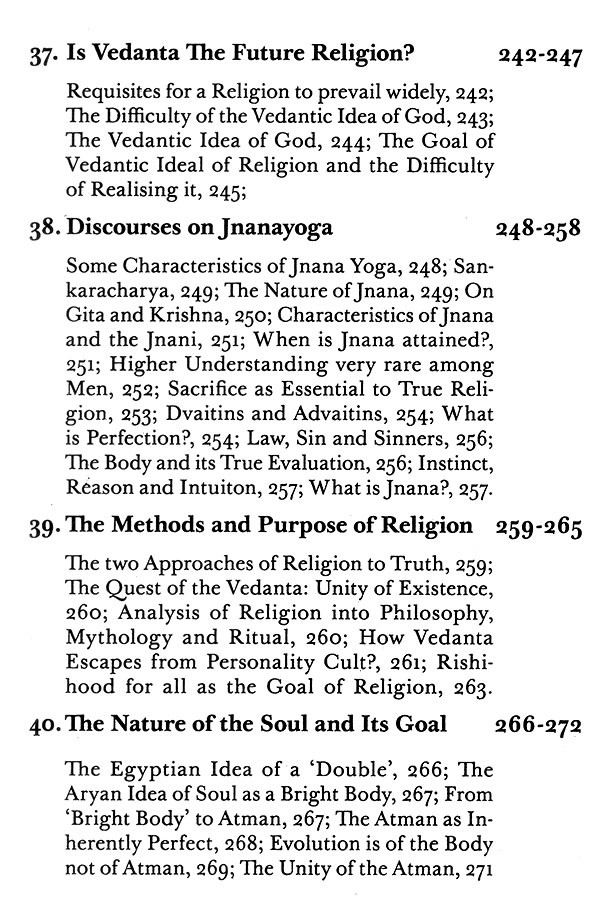 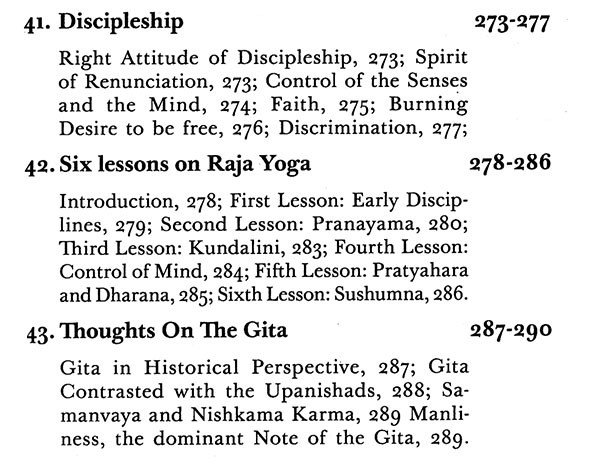 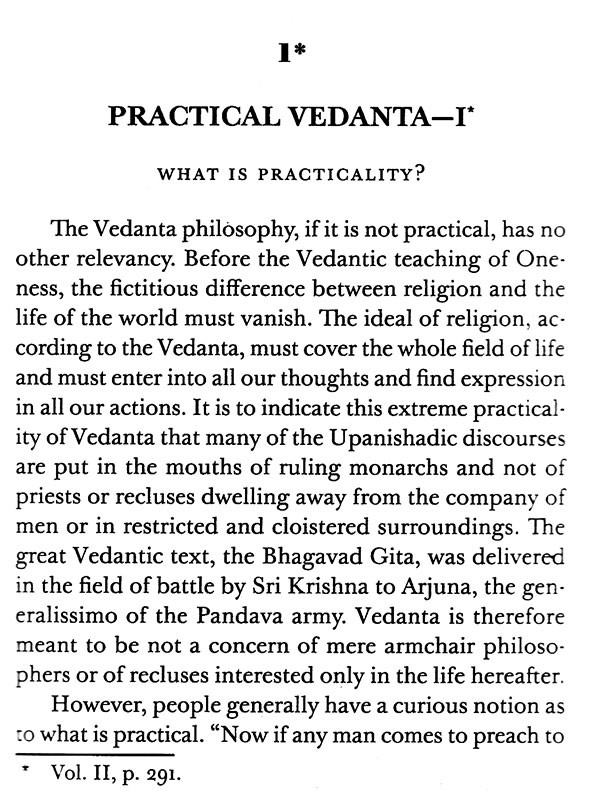 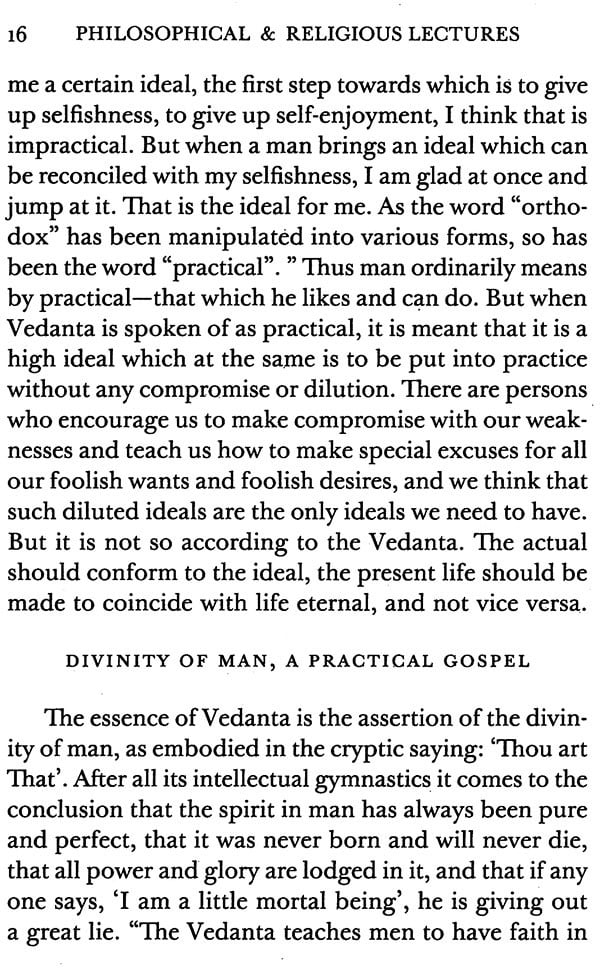 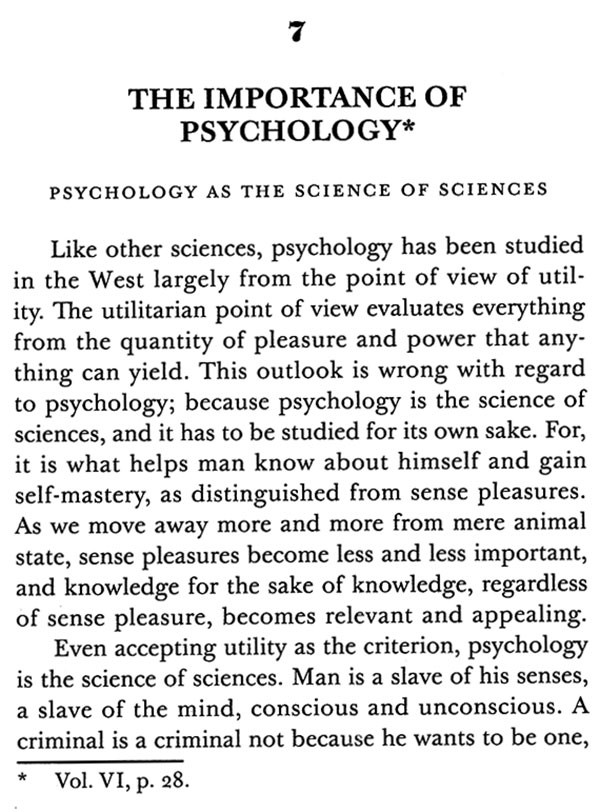 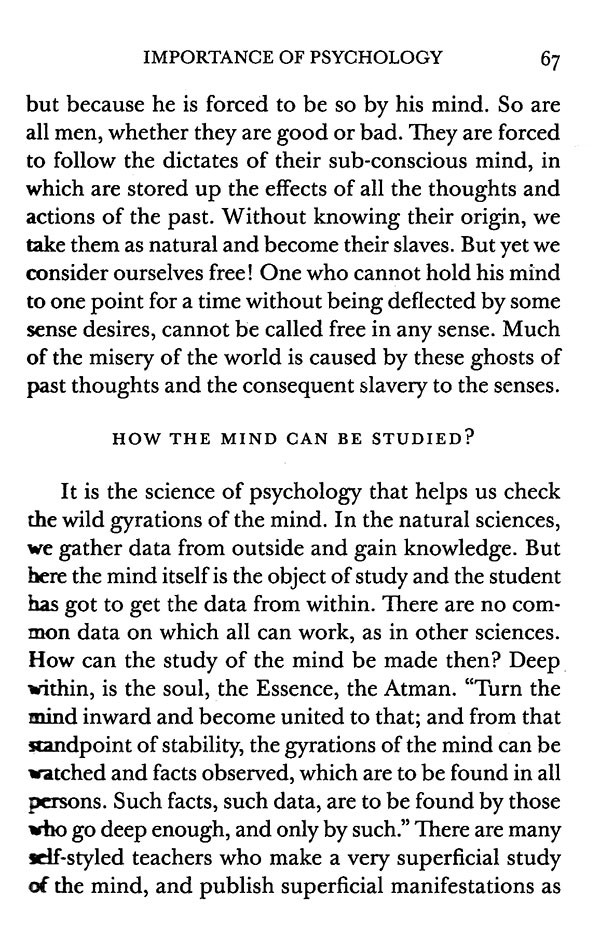 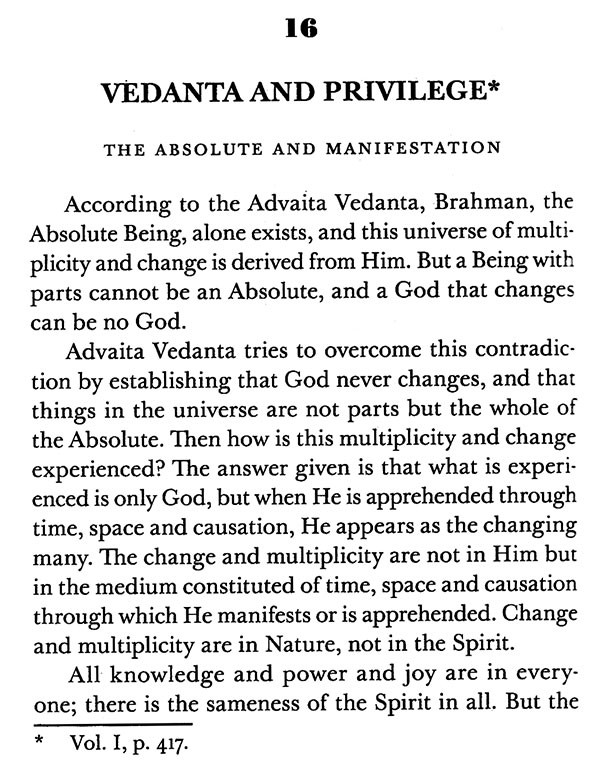 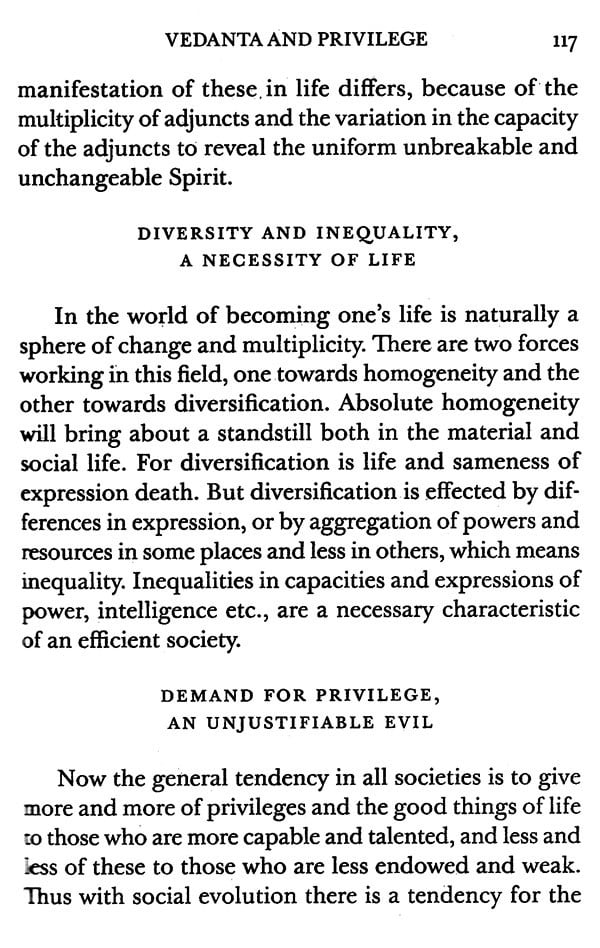 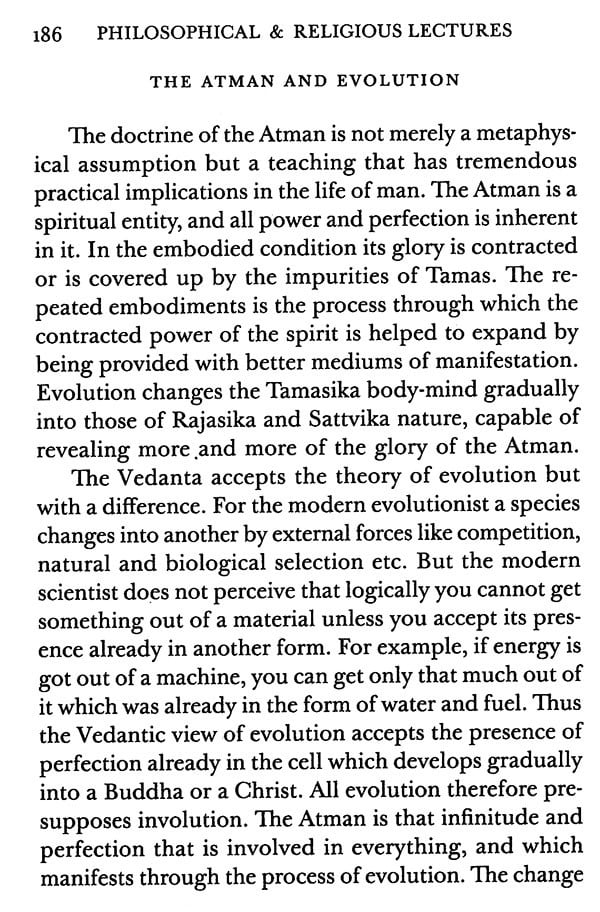 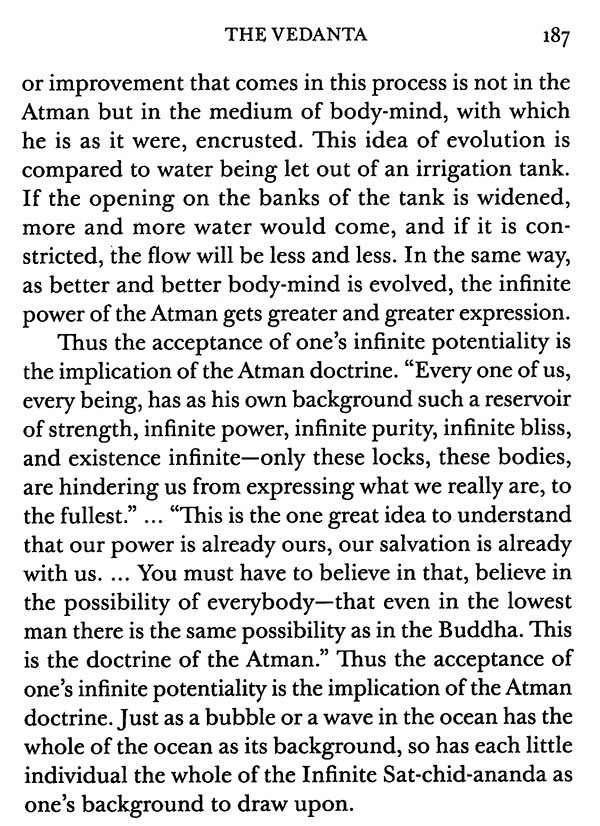 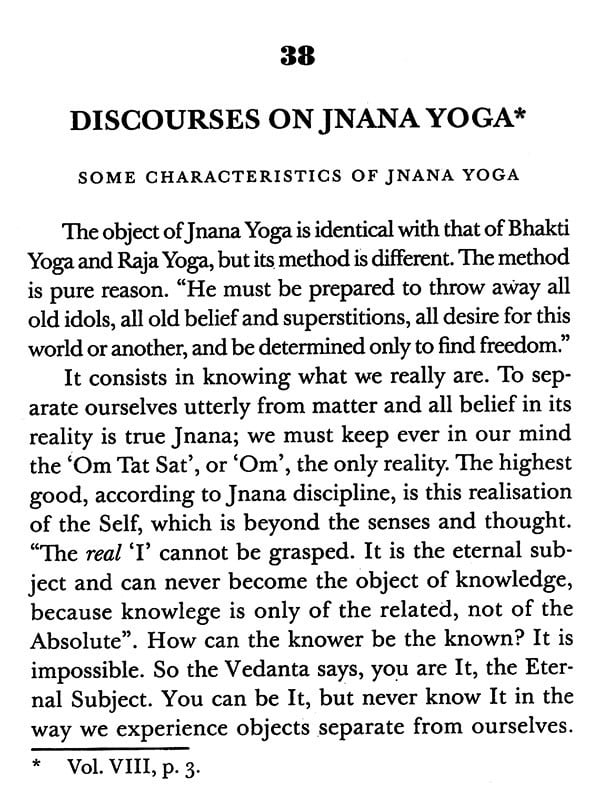 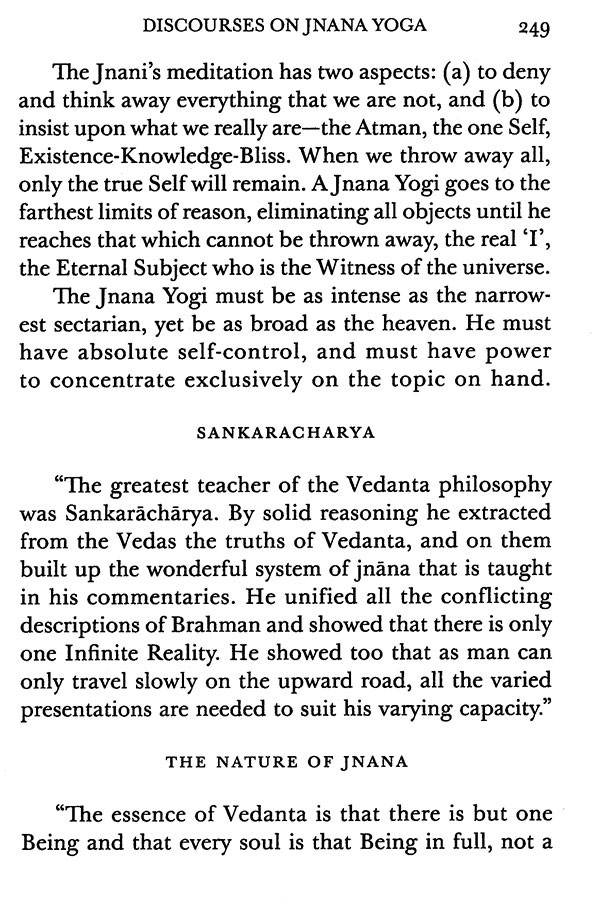