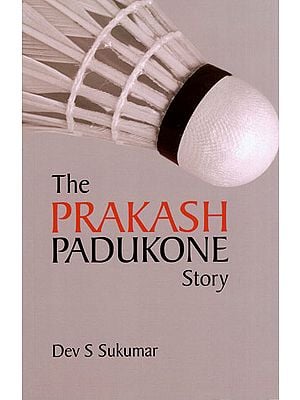 Prakash Padukone will be remembered as a pioneer in Indian sports.

At a time when few in the country thought of sports as a career, Padukone broke new ground. Not content with becoming the best in the country, he embarked on a journey of excellence-a journey that took him to the summit of many tournaments across the world.

The best-remembered of these is the All England title that he won in 1980 which decisively changed the history of Indian sports. But the All England wasn't the only title he won-his conquests included the World Cup in 1981, the Swedish and Danish Opens in 1980, the Commonwealth Games gold medal in 1978, the Hong Kong Open in 1982.1hese were apart from medals won at the Asian Games, World Championships and Asian Championships.

After his All England win in 1980, he went to Denmark to play for a club, Hvidovre. During those six years, Prakash was among the elite of the badminton world, playing tournaments in Asia and Europe, winning some, and mostly reaching the semifinals or finals. Since he was based in Europe, his fans in India could only get brief reports of his accomplishments, and that is why our knowledge of his exploits is so limited. This book attempts to chronicle the most important aspects of his life and career which are remembered by only his most ardent fans.

But Padukone's contributions cannot just be measured in terms of medals or titles won. His victories gladdened the hearts of Indians at a time when it had few world-class professionals in any field; his sportsmanlike conduct meant that he was seen as an excellent ambassador for India at the world stage.

After his retirement, he has continued to champion the cause of Indian sports.

Dev S Sukumar has covered Indian and world badminton for over a decade. He is a recipient of the inaugural BWF (Badminton World Federation) Media Award in 2012, and has covered numerous international events, such as the London Olympics, Asian Games, Commonwealth Games, four Denmark Opens (2009 to 2012), the All England (2008 and 2010), World Championships, and Malaysian Open. He writes for Badminton World Federation's official website (www.bwfbadminton.org) and sports blogging site Sportskeeda.com. 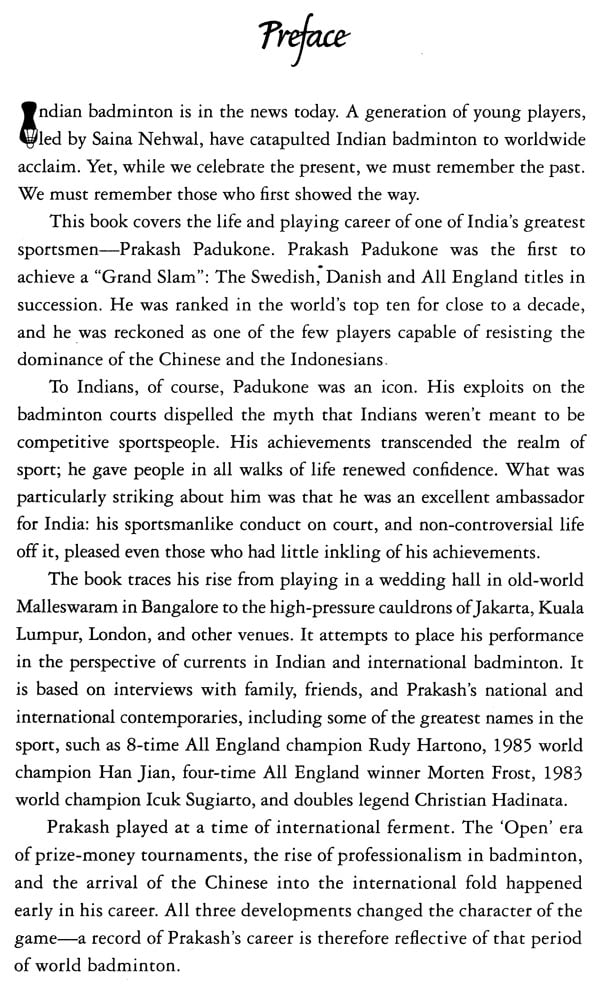 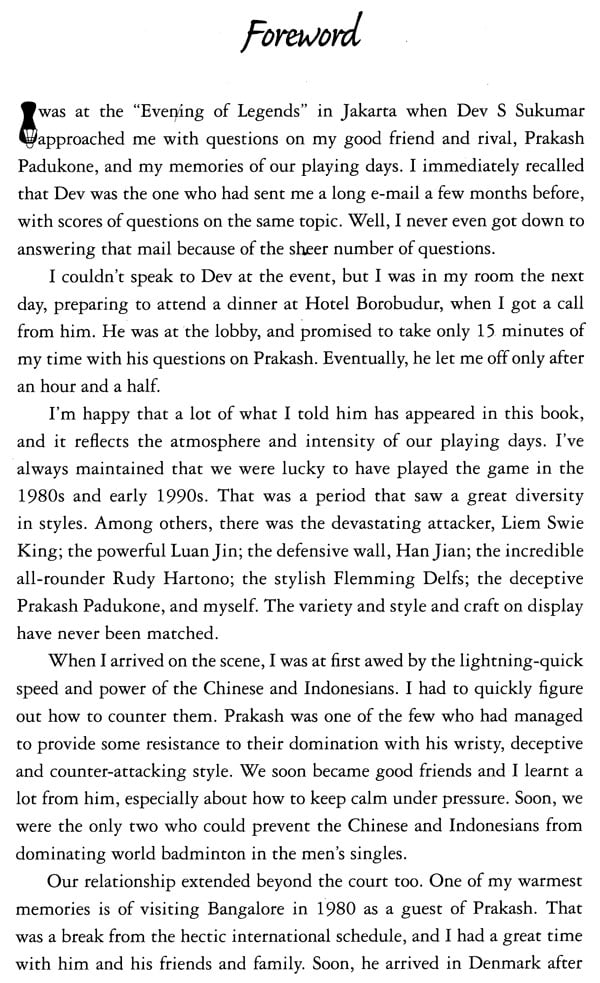 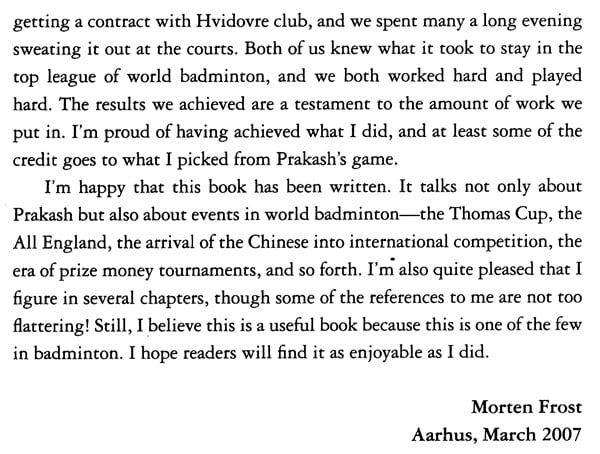 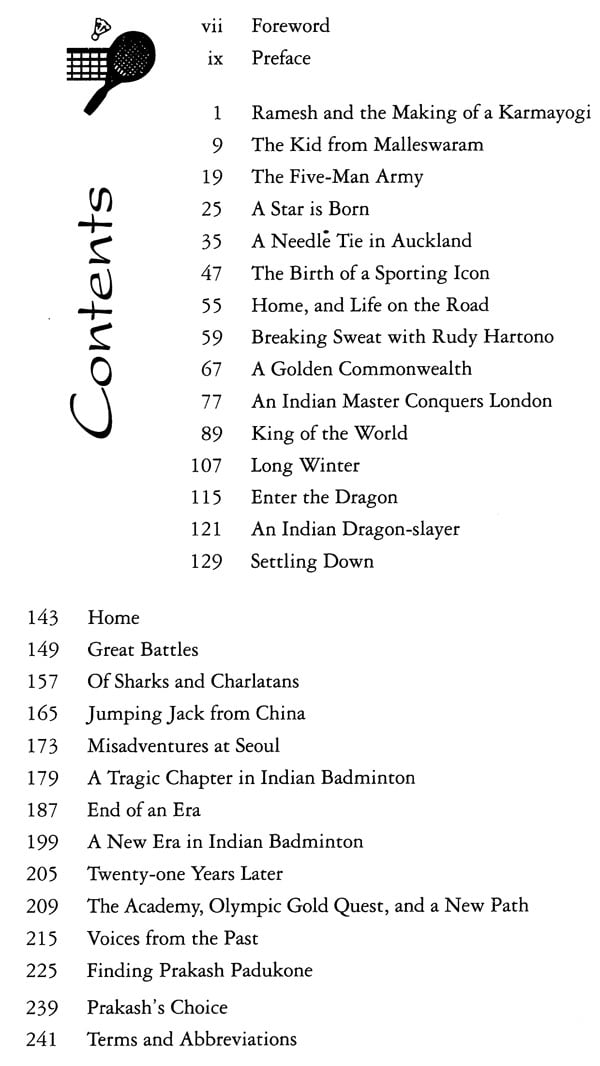 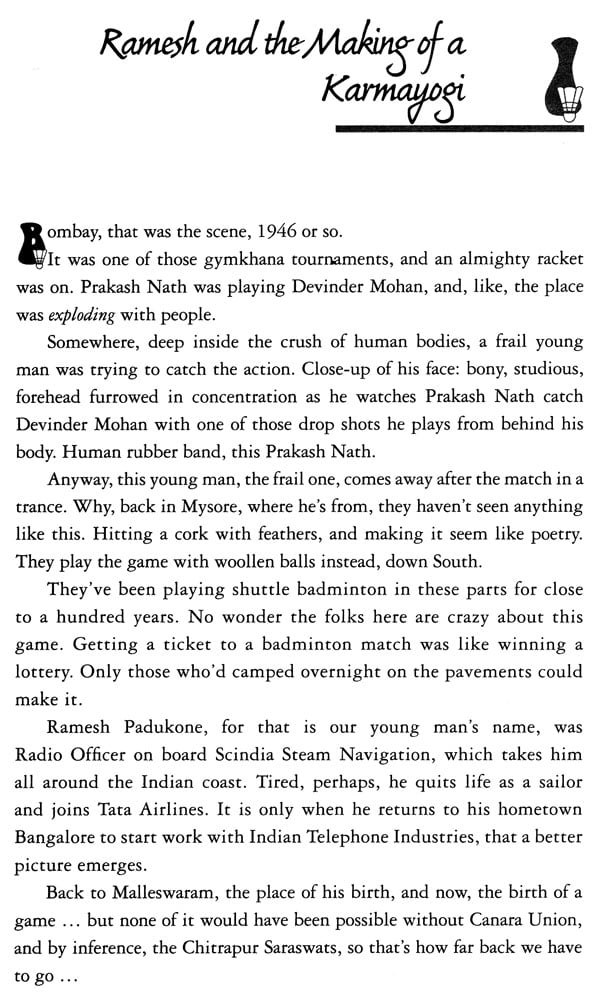 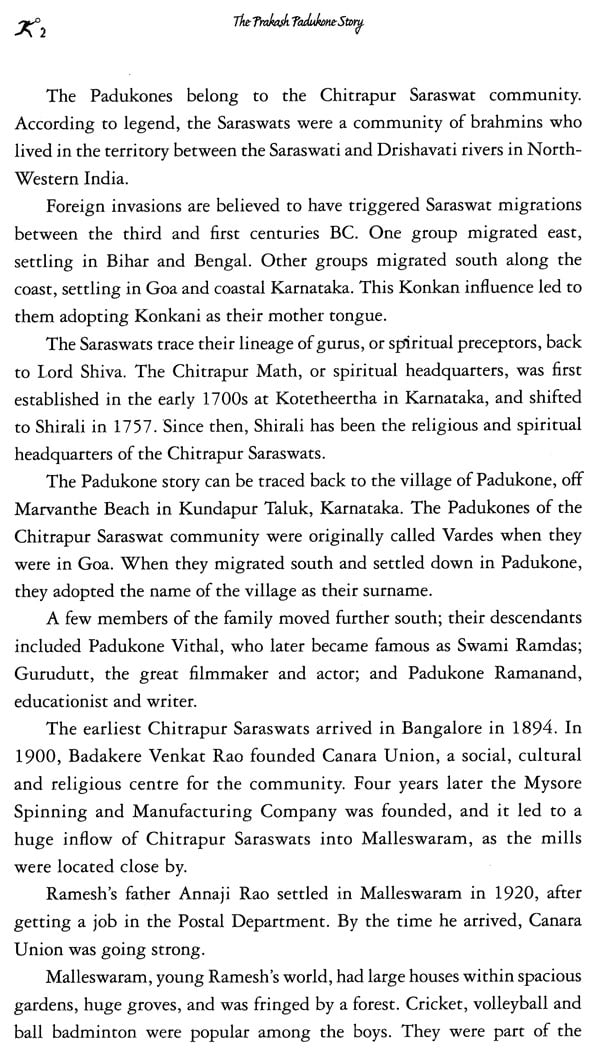 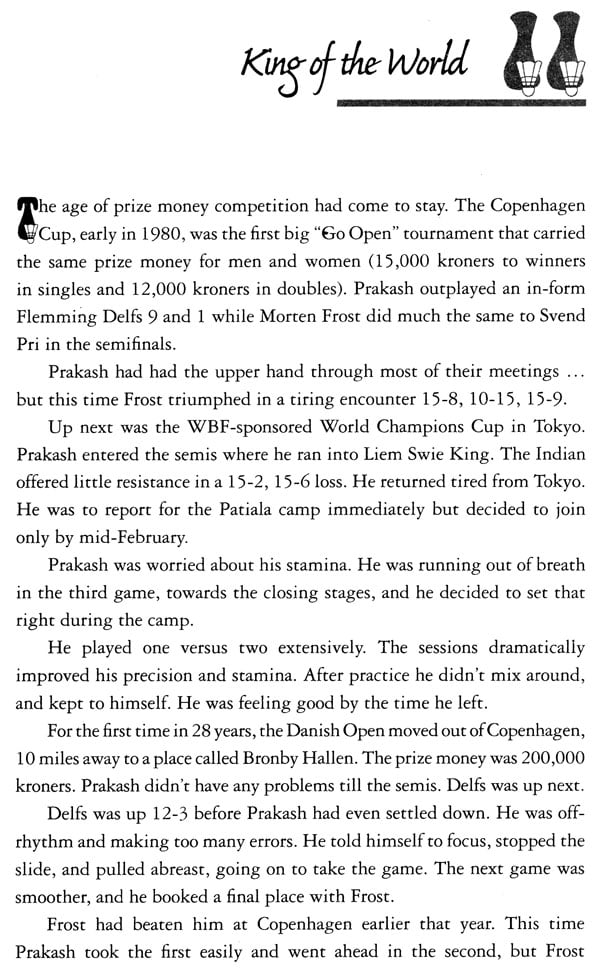 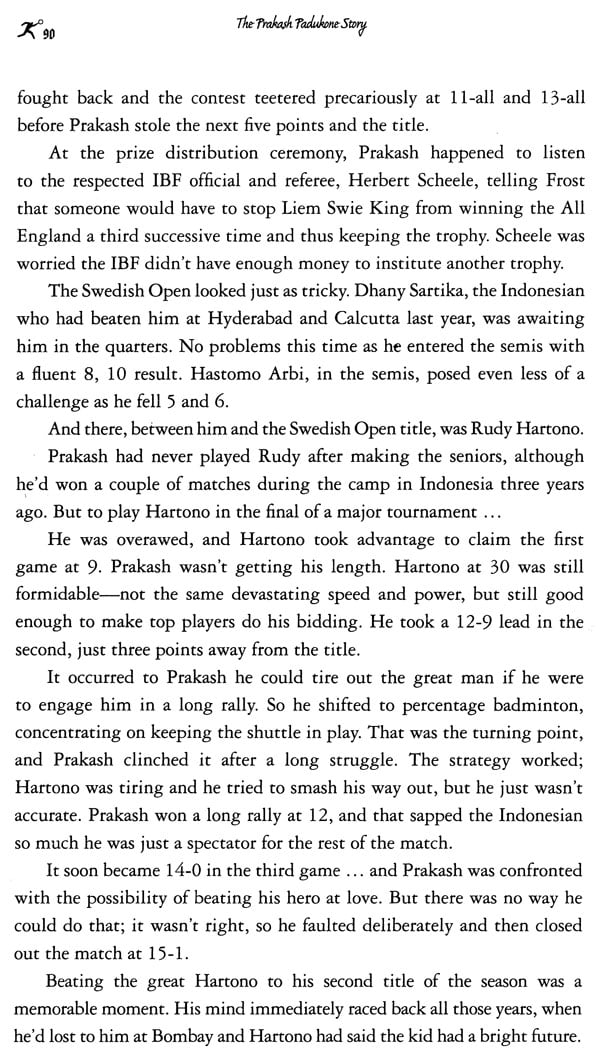 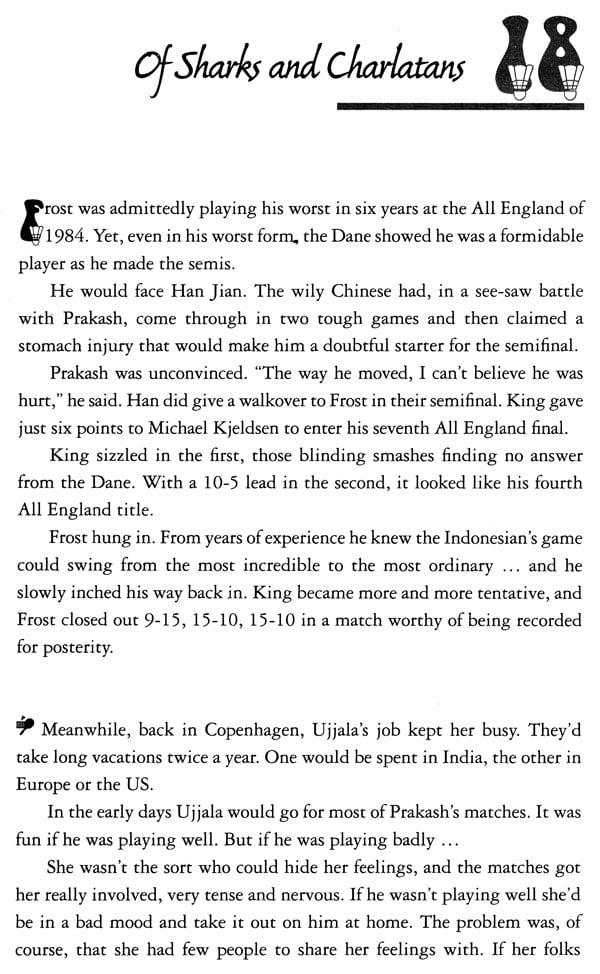 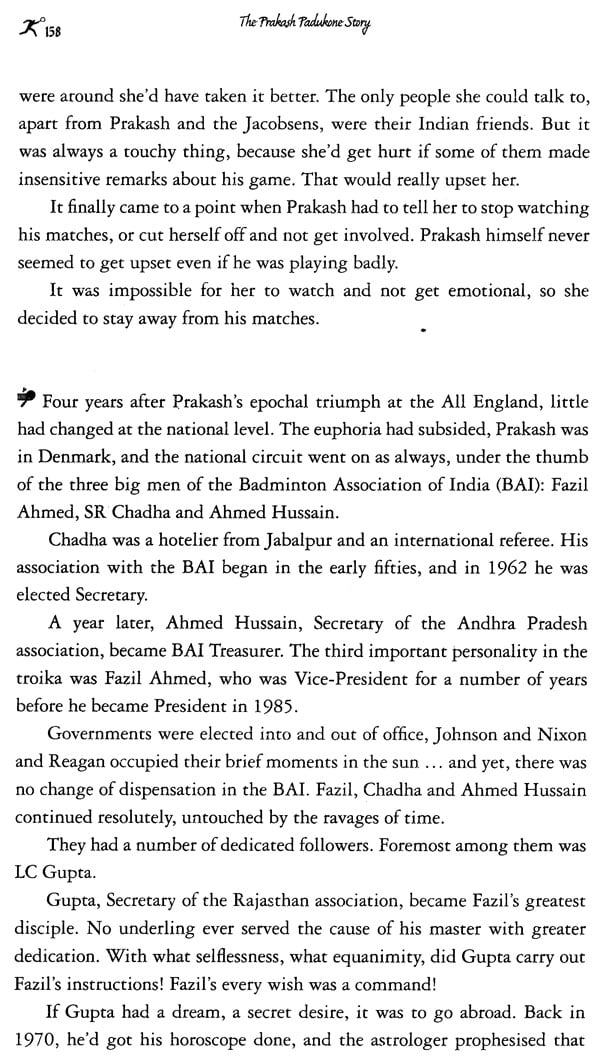 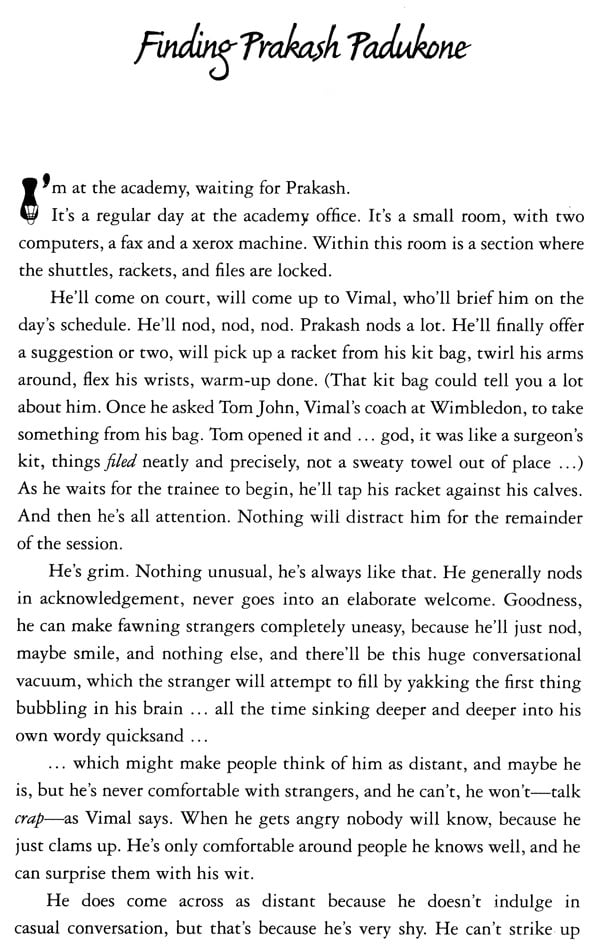 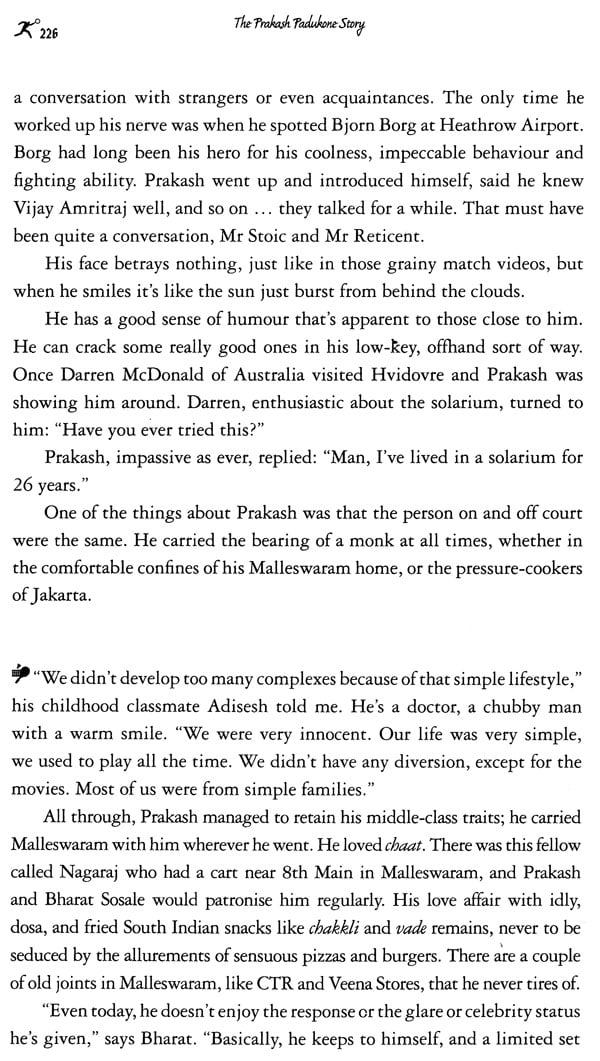 Selected Stories from Jataka Tales: The Stories from Lord Buddha's Lives with Sublime Messages of Love, Mercy and Compassion
By Dr. Mahendra Mittal
$9.60
$12  (20% off) 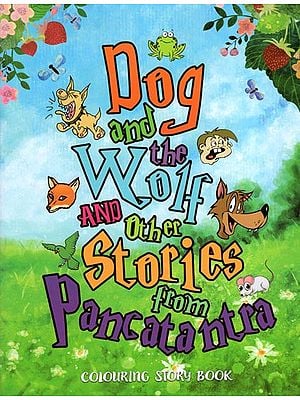 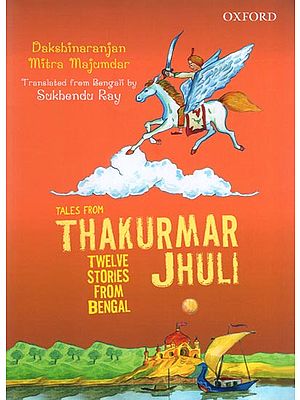 Stories from Rajatarangini: Tales of Kashmir
By By Devika Rangachari Illustrated by Ajanta Guhathakurta
$22
FREE Delivery

Timeless Tales from Bengal (An Anthology of Bangla Children's and Young Adults' Stories)
By Dipankar Roy and Saurav Dasthakur
$31.20
FREE Delivery
$39  (20% off) 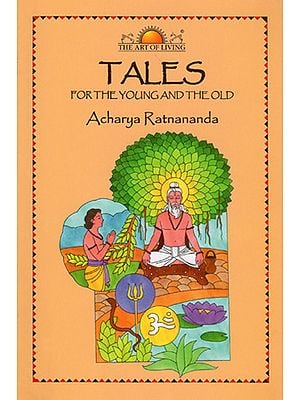