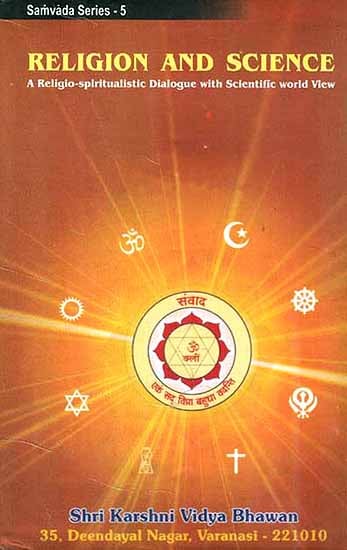 The dialogue between religion & science anticipates a discourse between the sacred and secular. Present volume contains a religio-spiritual dialogue with scientific world view by the eminent Scientists, Philosophers and the Scholars of religious studies like Hinduism, Christianity and Islam. In consequence of this preoccupation with letters it is commonly conceived that the scientists must come forward to generate lasting and human values of religions and adherents of various religions should give up orthodoxy and look into the benefits of modern scientific achievents. In order that rationalization of religions and spiritualization of science could be successfully of science could be successfully brought forth for a happier human society.-Dr. Ambika Datta Sharma

The dialogue between religion and science is virtually a talk between the sacred and the secular. Religion, by and large, is spiritual. It is either Self-centered or God-oriented. Science, on the other hand, is secular, although in its modern form and in its technological growth, is a product of Protestant Christianity. In early India even science was sacred. It was vidya as against avidya (nescience) and its secret principles were imparted only to the dear and chosen ones. Therefore the benefits of scientific achievements remained personal and away from the common man. After a long period of our history we are not able to have access to most of the scientific laws. It is otherwise in the Western story of science. Scientific discoveries are made accessible to commoners. The products are multiplied and marketed.

What is unique with the Indian tradition in the context is the harmony between religion and science. What is obvious with the West is the antagonism between religion and science. The application of reason in religions of the West has a chequered history. But today the entire globe is under the impact of science & technology and religion has to enter into a dialogue with this phenomenon. India, being a pluralistic society, has greater obligation. India has to assimilate all the positive factors of the major religions of the society and enter into a dialogue with science.

Samvada has tried to accomplish the feat in its own humble way. Preparing for such a dialogue by talking to the neighboring faiths, it entered in a dialogue with science in 25-27 August, 2006 at Gokula (Mathura). India three-days session about twenty-five concerned scholars discussed the present and the possible relation between religion and science. The papers presented are being made available to all those who are interested in such a venture. It is the unanimous view of the authors of these presentation that the dialogue must continue. The scientists must come forward to appreciate the lasting and humane values of the religions and adherents and advocates of various religions should give up orthodoxy and look into the benefits of science. Unless religions are rationalized and science is spiritualized, we can not have much hope for a happier human society. Our endeavor in Samvada is to traverse the path of integration between the two so as toreach the goal.

I am thankful to Dr. A.D. Sharma, Reader, Deptt. of Philosophy, Dr. H.S. Gour University, Sagar for his valuable support. It is his painstaking effort that the proceeding of seminar could be published in this form. 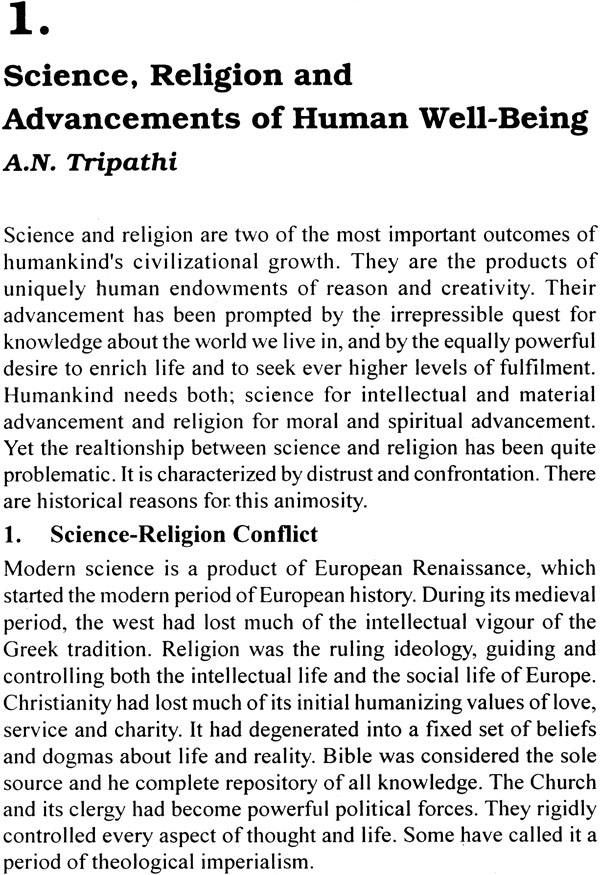 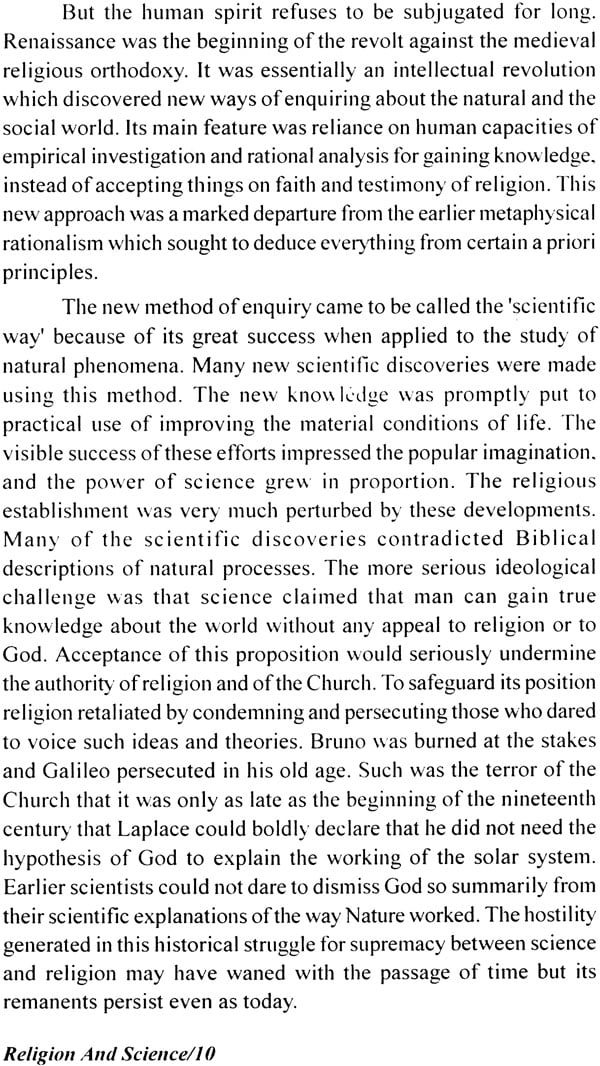 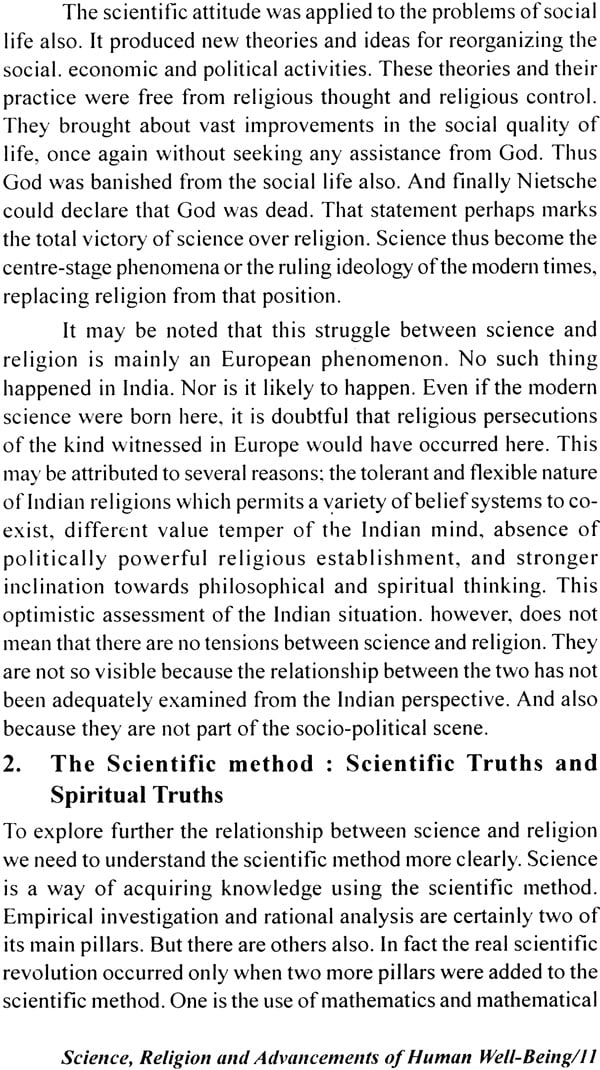 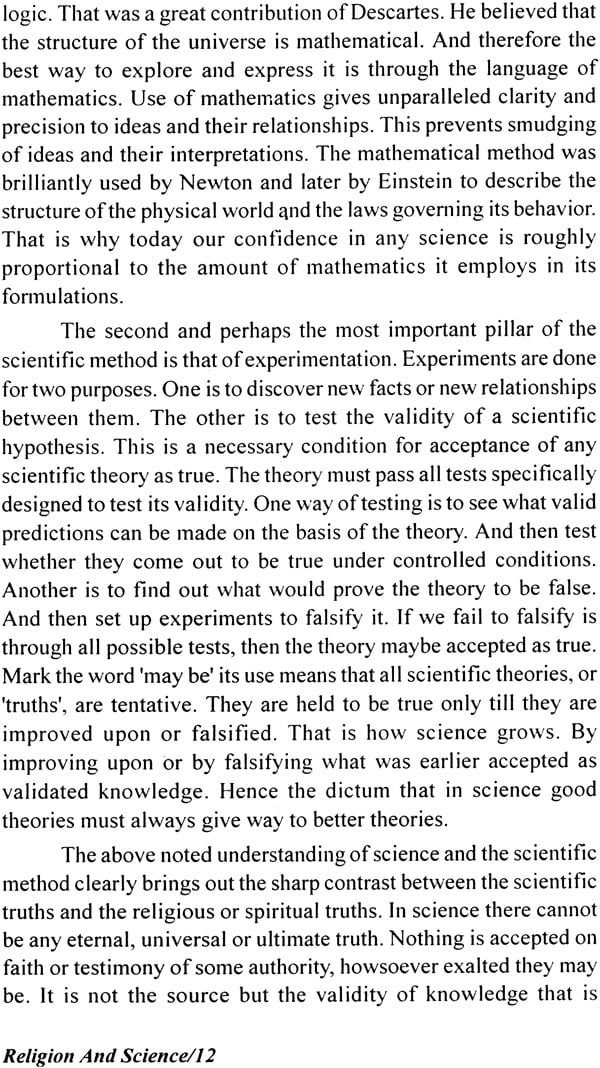 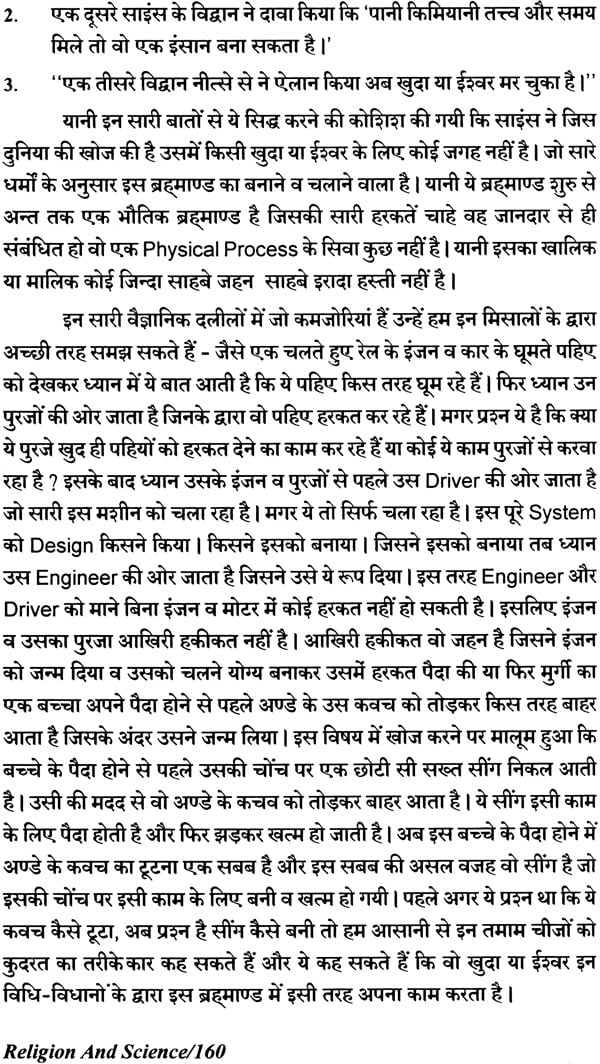 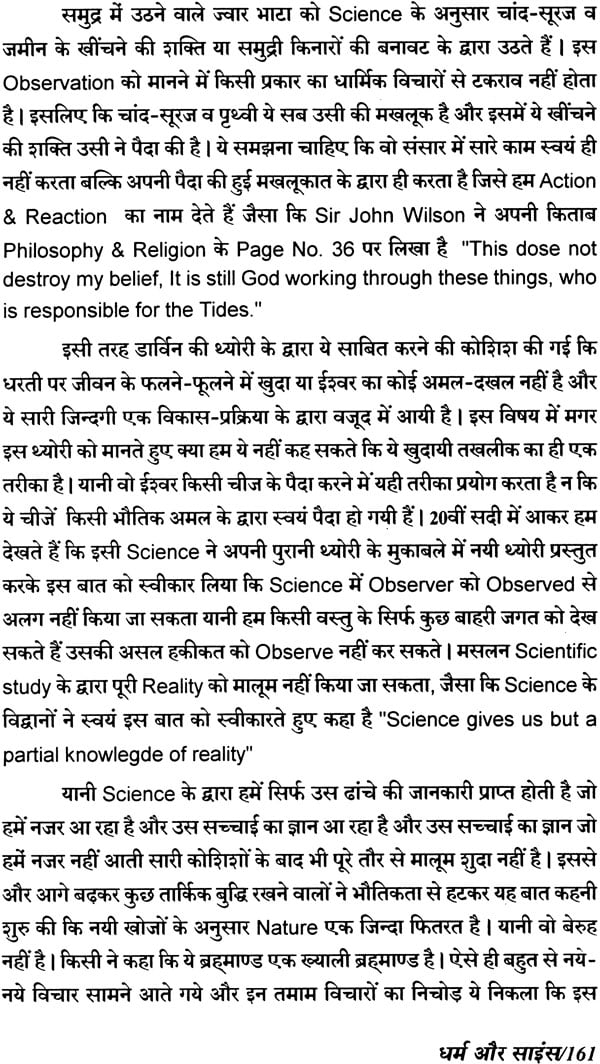 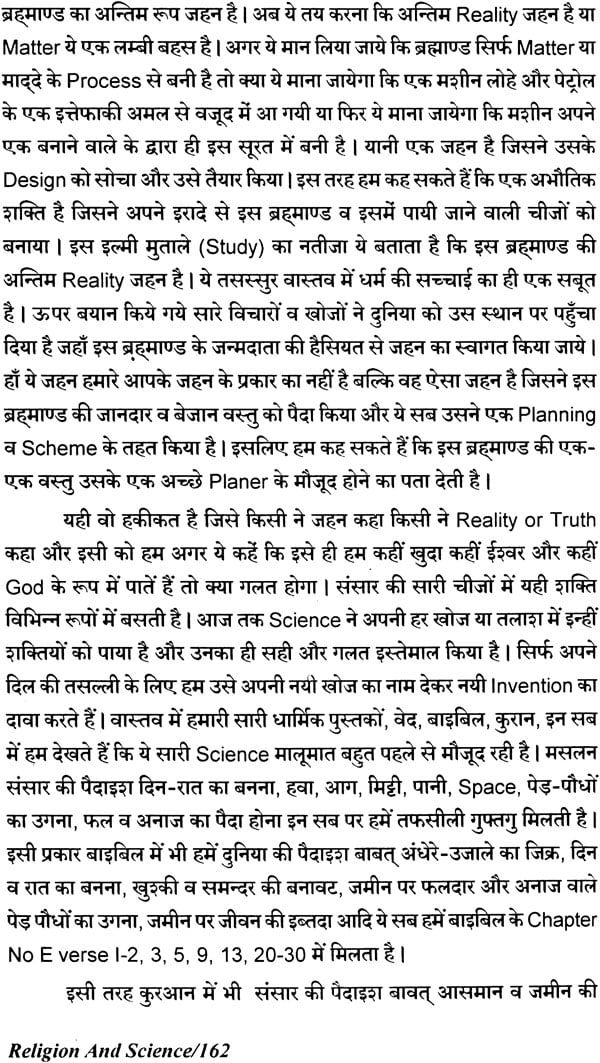 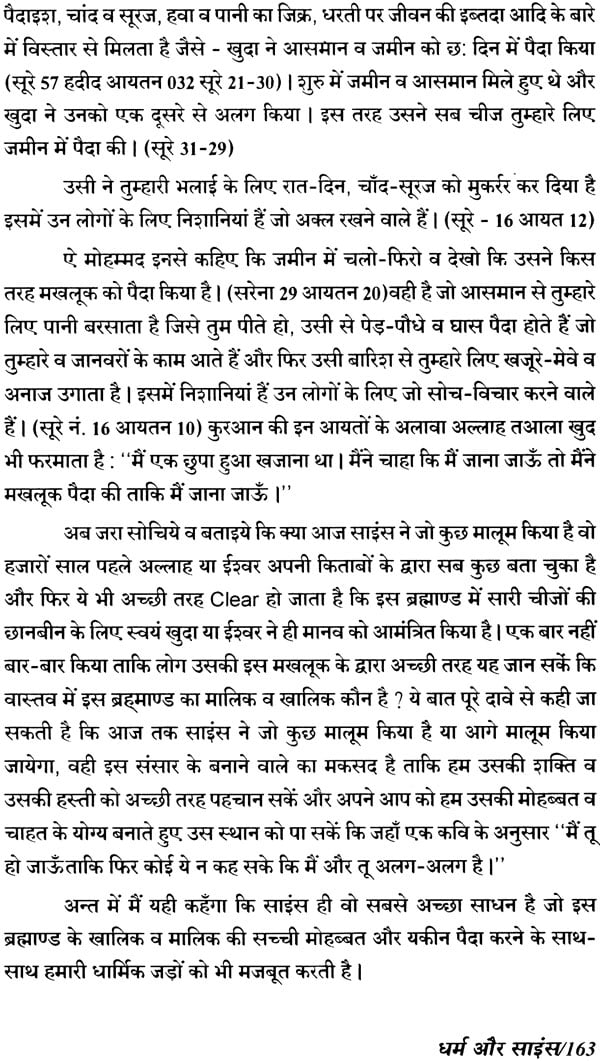 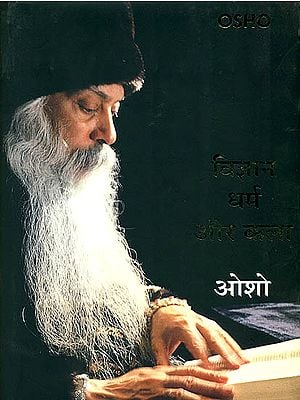 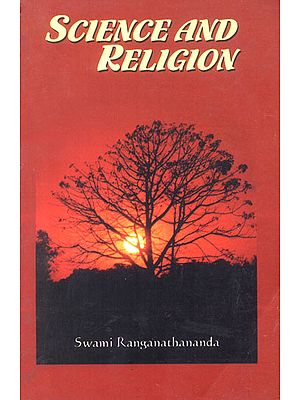 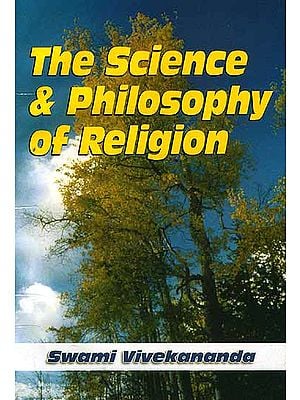 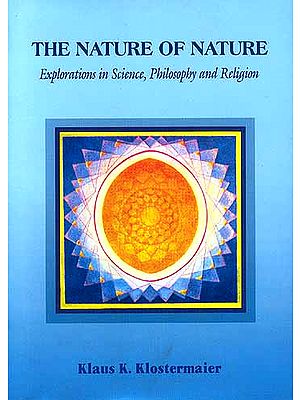 THE NATURE OF NATURE: Explorations in Science, Philosophy and Religion
By Klaus K. Klostermaier
$22.50
FREE Delivery
$30  (25% off) 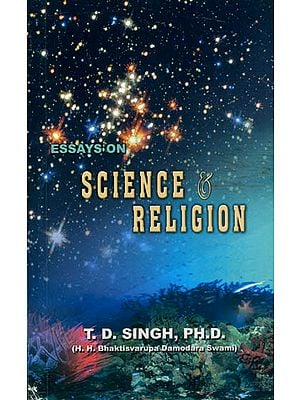 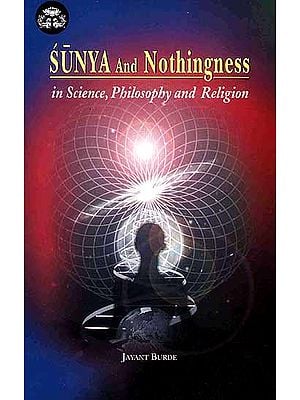 The Evolution of Religion (The History and Religions of Egypt and Harrapan India)
By Sulabh Jain
$24.75
FREE Delivery
$33  (25% off) 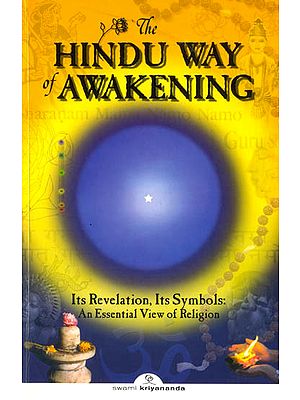 The Golden Book of Buddhism (Humanity's Oldest Religion of Peace): Selected Suttas of both Hinayana and Mahayana, with Ashvaghosa's Buddhacharit
By F. MAX MULLER, T.W. RHYS DAVIDS and SAMUEL BEAL
$22.50
FREE Delivery
$30  (25% off)
Add a review
Have A Question