In the Book "Slap Of Maya", the author has enunciated in depth about what is Maya, and the easiest way to overcome Maya.

There are innumerable examples in this book which help us in solving the problems of our life. In the hustle and bustle of today's world, this book becomes a beacon in helping us have a fixed consciousness, and a happy and satisfied life.

The Author of this book 'Slap of Maya', Sriman Kratu Dasa Adhikari, was born on 5th July 1944 in a village namely Lachharas situated in Gujarat, India. He was born at maternal grandfathers home who were also from Vaishnava cultured family. The author have leadership qualities right from his childhood. He was the president of student union in Vakal High School, Mobha Road, Vadodara, Gujarat. After completion of his civil engineering from Vadodara, he went to United States of America and pursued Maters of Science from St. Louis University in 1972.

In 1968, he married Srimati Amrit Keli Devi Dasai who was also a religious women and surrendered to Lord Krishna. Both came in contact with ISKCON in 1970 and joined full time in Toronto ISKCON Temple in 1974. In 1976 when they met Srila Prabhupada for the first time, Srila Prabhupada accepted them and gave his blessings. After an year they took initiation from Srila Prabhupada.

Working as a successful civil engineer in US and Canada, he never got influenced by western culture. Inspired by Srila Prabhupada, the author resigned his job and became full time devotee in ISKCON. He was busy day and night for preaching and did many responsible services. He was the director of congregational preaching in Toronto, Chicago, and Vancouver temple. Later in 1987, he became temple president in ISKCON, Vancouver. He also contributed as civil engineer in building Vancouver and West Virginia New Vrindavan temple.

After preaching long time in western countries, Sriman Kratu Dasa Adhikari came back to India in 1983 and started preaching in Gujarat. After returning from USA, he even travelled across the villages by bullock cart preaching and distributing Srila Prabhupada books. After that Maharaj continued his preaching activities in different parts of India and In 1997, he became temple president at ISKCON Sri Radha Parthasarathi temple in New Delhi.

In 2002, he was authorised as ISKCON initiating Guru and his preaching activities increased many folds. he travelled different countries even during difficult situations and changed the lives of many people. According to the order of Sri Caitanya Mahaprabhu, he keeps engaged himself in preaching activities all over the world. Though he considers staying at Vrindavana is the best, but to obey Srila Prabhupada's order he always keeps himself busy in spreading the message of Lord Caitanya Mahaprabhu everywhere. Every corner of this world and wherever he goes he makes that place vrindavan.

He is enthusiastic in implementing different activities in preaching as instructed by Srila Prabhupada that is e.g., book distribution, sankirtan, lecture on Bhagavad-gita and Srimad-Bhagavatam, serving Vaishnavas, pandal programs, retreat etc.

This material world is full of distress because it is controlled and directed by Lord Krsna's external energy, called mahamaya. Therefore there is a constant series of distresses in this material world. Author has mentioned a few critical types of distress in this book, from which every person wants to escape. In reality, the majority of the populace is unaware of the means to avoid this afflictions. Human Form of life is rare and valuable, and wasting it in sense gratification means inviting distress. To escape the Slap of Maya, the author has mentioned some sublime and topmost remedies in this book.

This book gives us the knowledge on - What is maya? How mahamaya, Durga Devi, the superintendent of this material world, works in her dealings? Some think of Durga Devi as the original creator, whereas in reality, she cannot function independently on her own accord to do creation. Primary doer is Lord Krishna, and therefore material energy, mahamaya, is dependent on him, and through this external energy, the material world comes into play.

Mayadevi gives different distress to living entities who have forgotten Lord Krishna, having turned away from him and it's defined as Slap of Maya. In this book, author, presents some examples from the scriptures, seeing which we can learn why and how maya gives distress to living entities. Merely to live in this type of situation and continuously go thru this vicious cycle of birth, death, old age and disease, and keep taking the beating of maya is not necessary. An intelligent person can liberate oneself from the above-described situation.

The author also explains how by surrendering oneself to a bonafide spiritual master in disciple succession and Lord Sri Krishna, one can escape the Slap of Maya. Furthermore, by leading a life according to the scriptural injunctions and by associating with devotees (sadhu-sariga), one can be relieved from the distress and illusion of this material world. Moreover, how one should chant the Holy names of Lord Krishna and perform some service, and thereby receive maya favor by letting the living entity loses from her grip and thus has a peaceful and blissful life. The answer to various questions like above, which can arise in anyone's mind, has been described in this book. 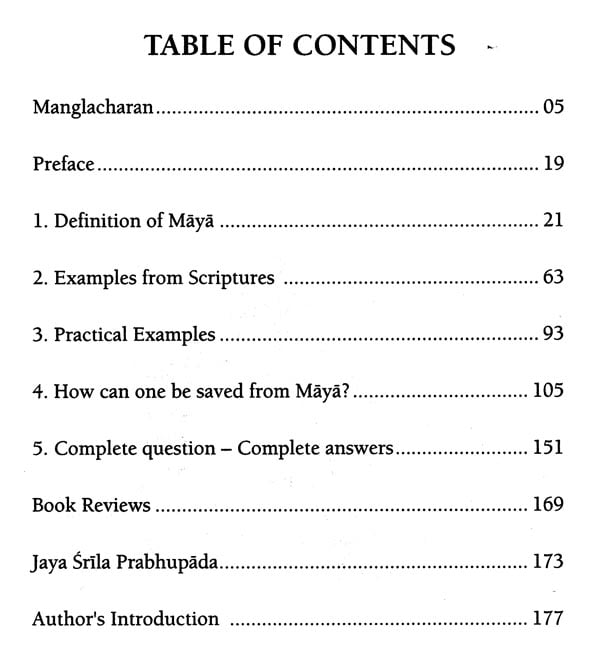 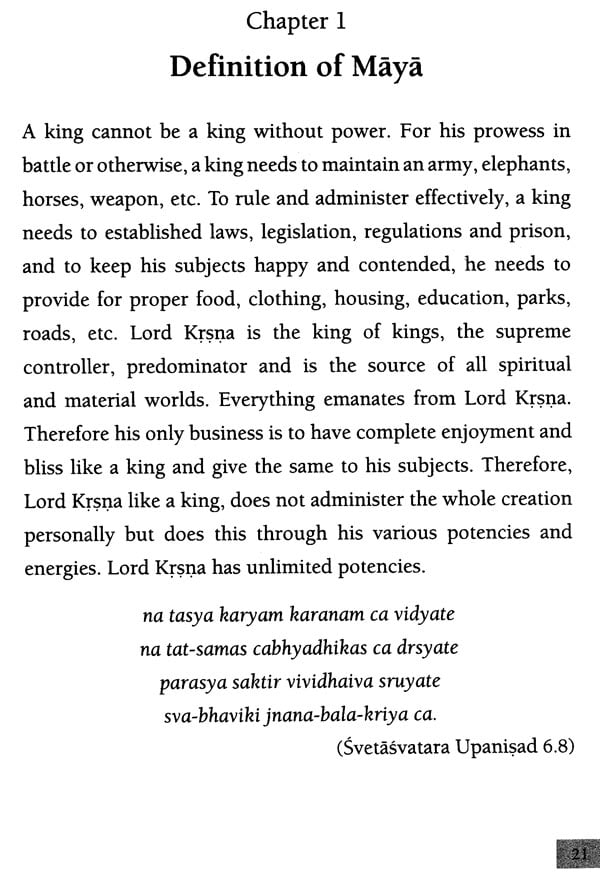 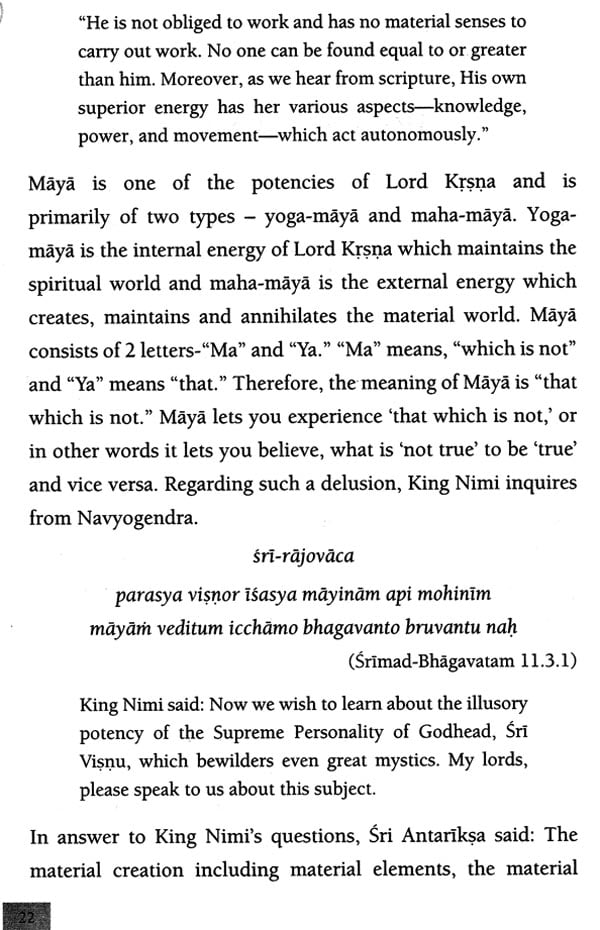 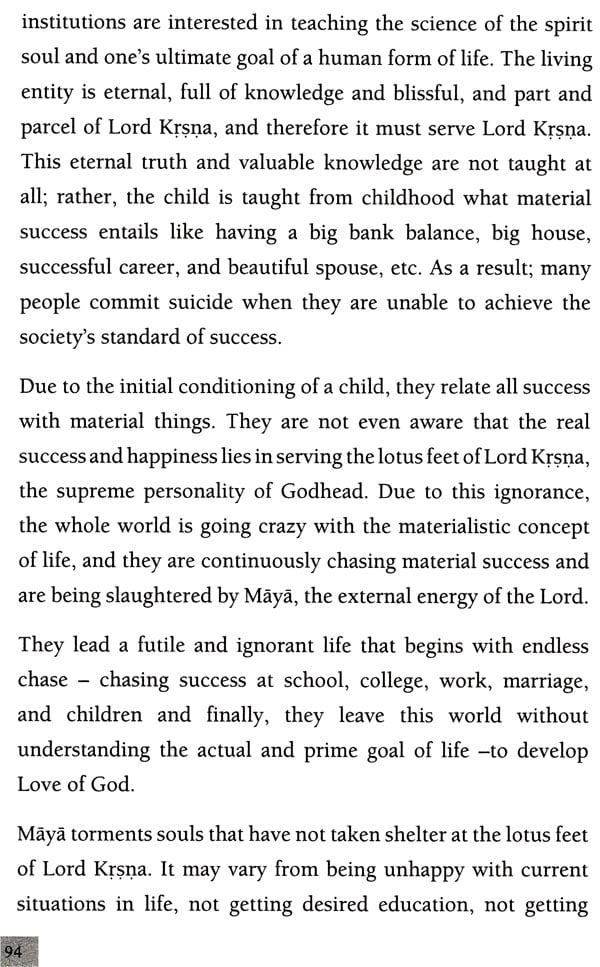 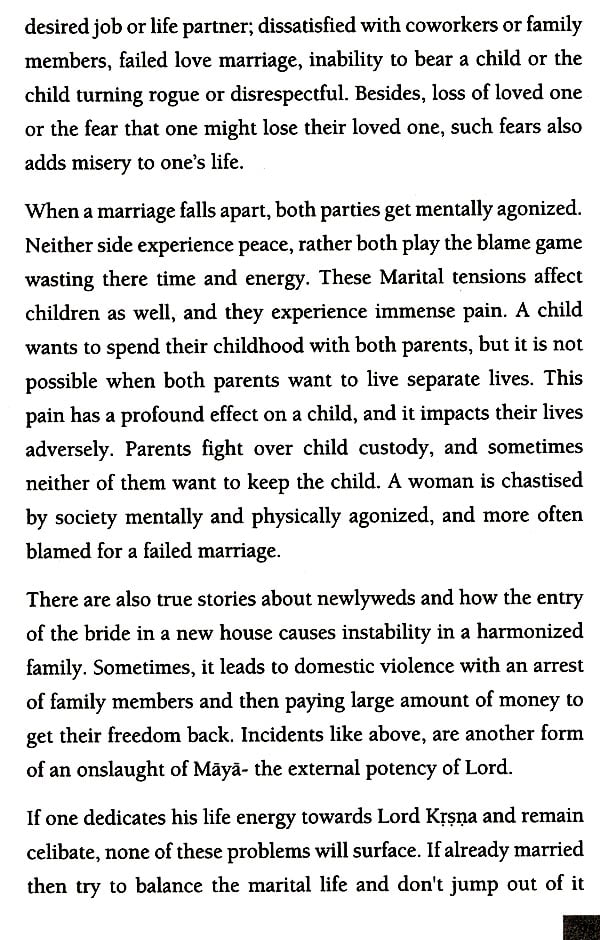 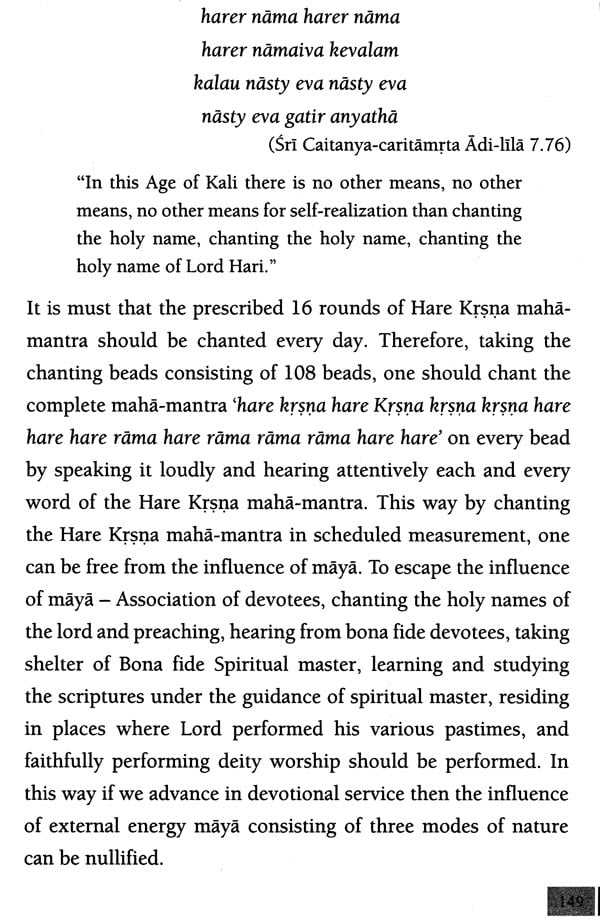 Biographical Dictionary of Ancient Indian Rsis- Based on Vedas, Upanisads Epics and Puranas (In 2 Volumes)
By Shantilal Nagar
$115
FREE Delivery