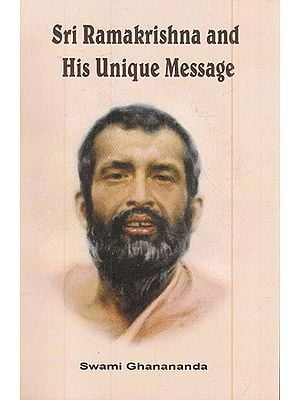 Sri Ramakrishna and His Unique Message

For one reason or another the MS. of this book could not be sent to the press earlier.

For one reason or another the MS. of this book could not be sent to the press earlier.

I am deeply grateful to Dr. Arnold Toynbee for having read the book twice and written a Foreword which enhances its value.

Some changes in the book have been made to make it up to date.

My sincere thanks are due to the lay and monastic members of the staff of the Ramakrishna Vedanta Centre of London who typed the MS., revised it, got it ready for the press, and read the proofs.

Sri Ramakrishna's message was unique in being expressed in action. The message itself was the perennial message of Hinduism. As Swami Ghanananda points out, Hinduism is unique among the historic higher religions in holding that neither Hinduism nor any other religion is a unique representation of the truth or a unique way of salvation. In the Hindu view, each of the higher religions is a true vision and a right way, and all of them alike are indispensable to mankind, because each gives a different glimpse of the same truth, and each leads by a different route to the same goal of human endeavours. Each, therefore, has a special spiritual value of its own which is not to be found in any of the others.

To know this is good, but it is not enough. Religion is not just a matter for study; it is something that has to be experienced and to be lived, and this is the field in which Sri Ramakrishna manifested his uniqueness. He practised successively almost every form of Indian religion and philosophy, and he went on to practise Islam and Christianity as well. His religious activity and experience were, in fact, comprehensive to a degree that had perhaps never before been attained by any other religious genius, in India or elsewhere. 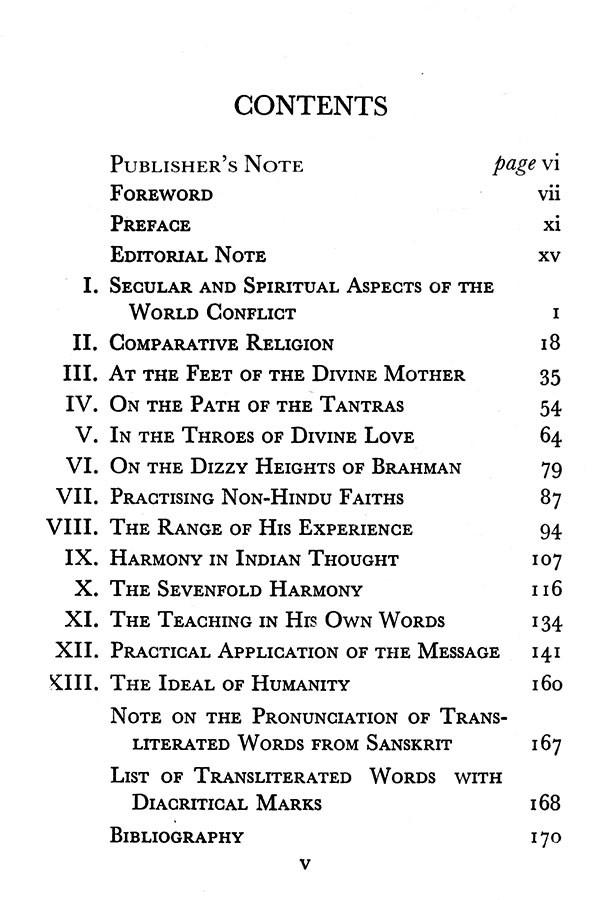 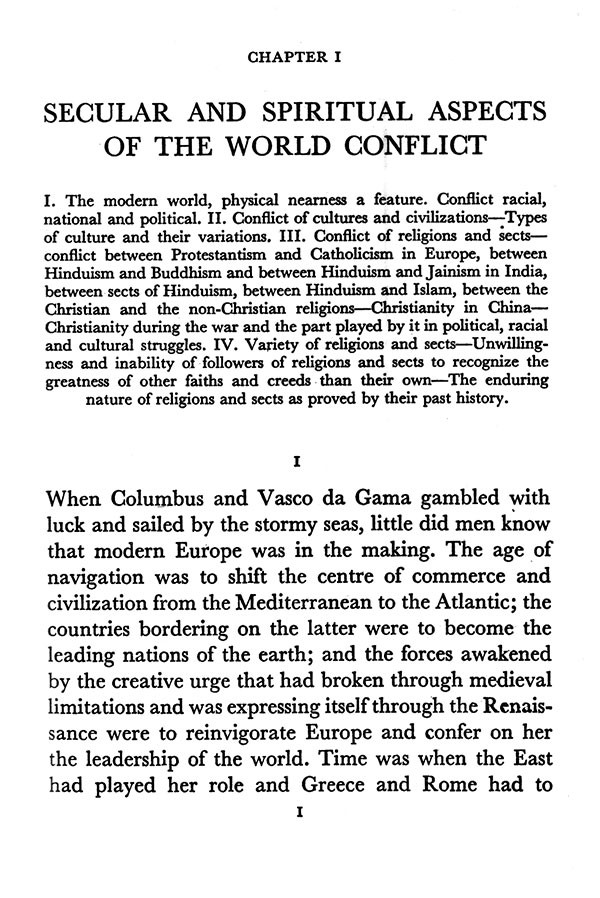 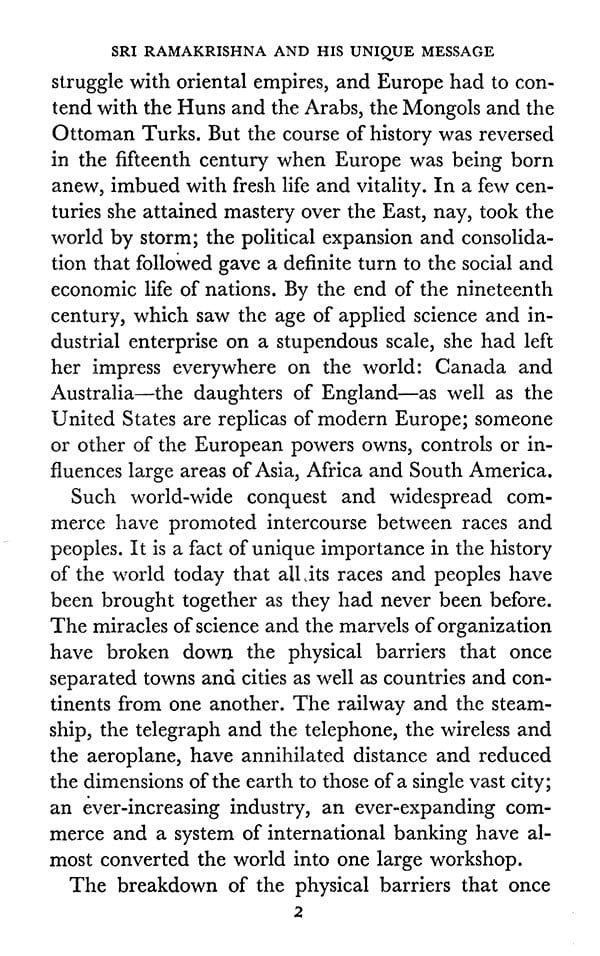 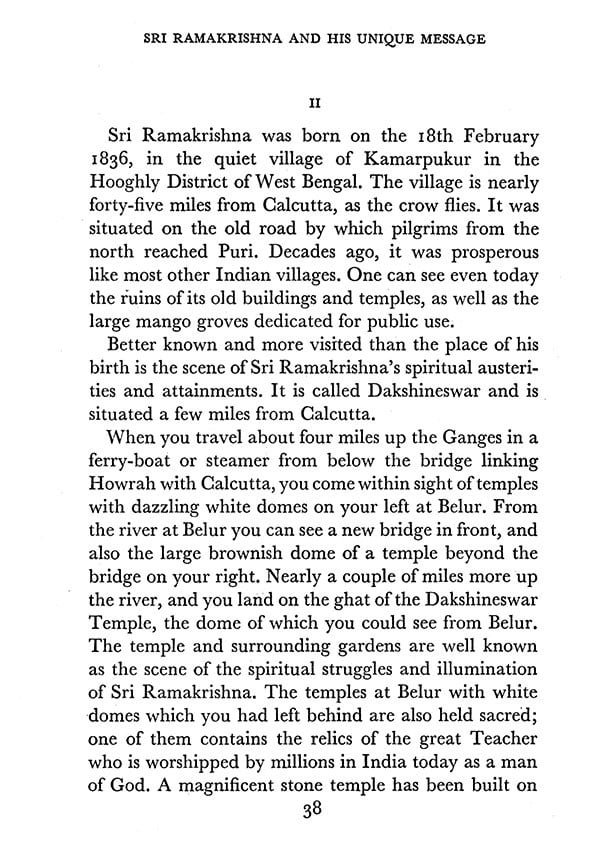 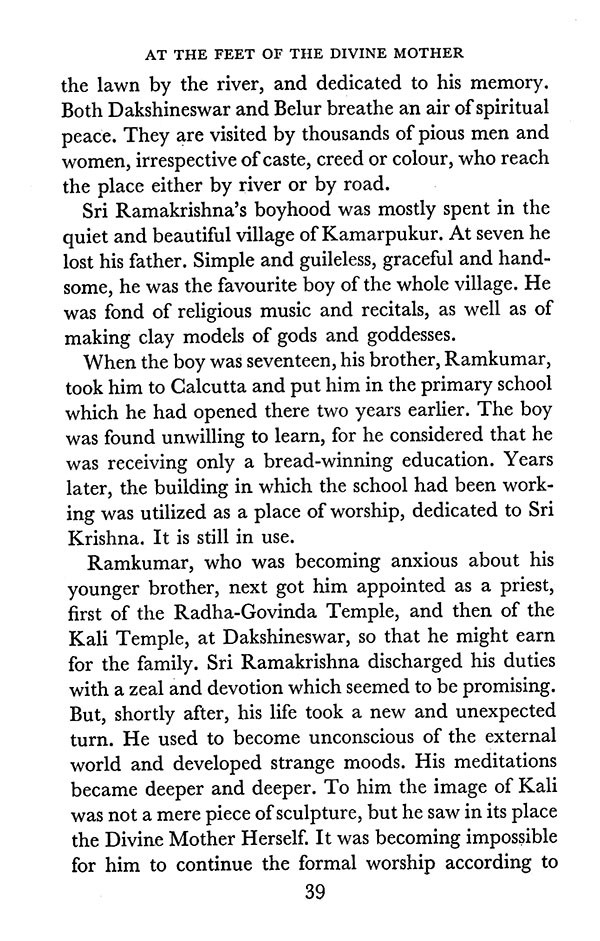 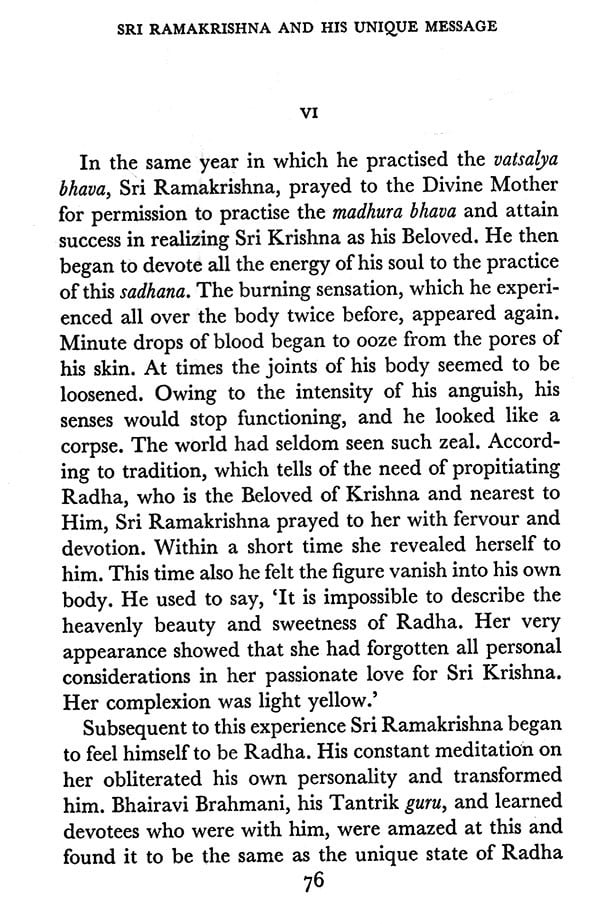 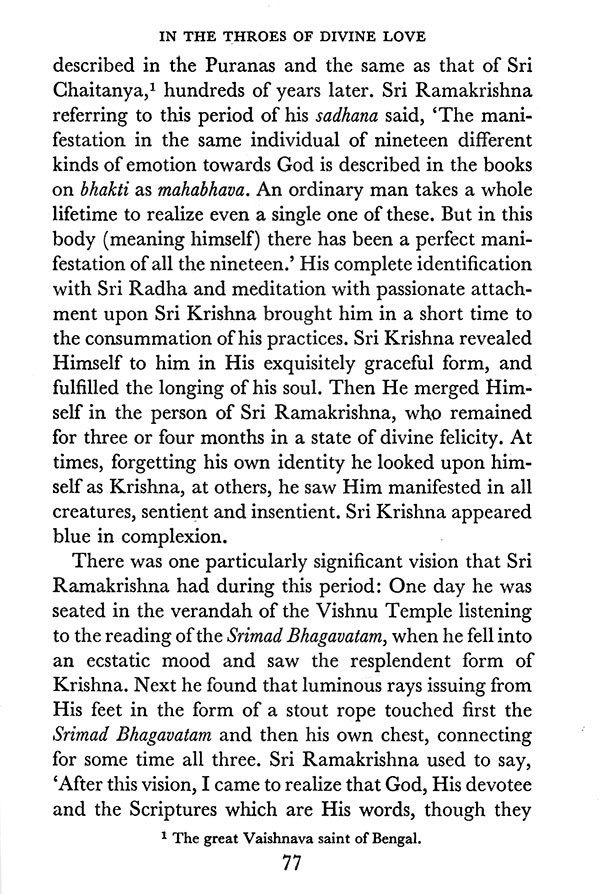 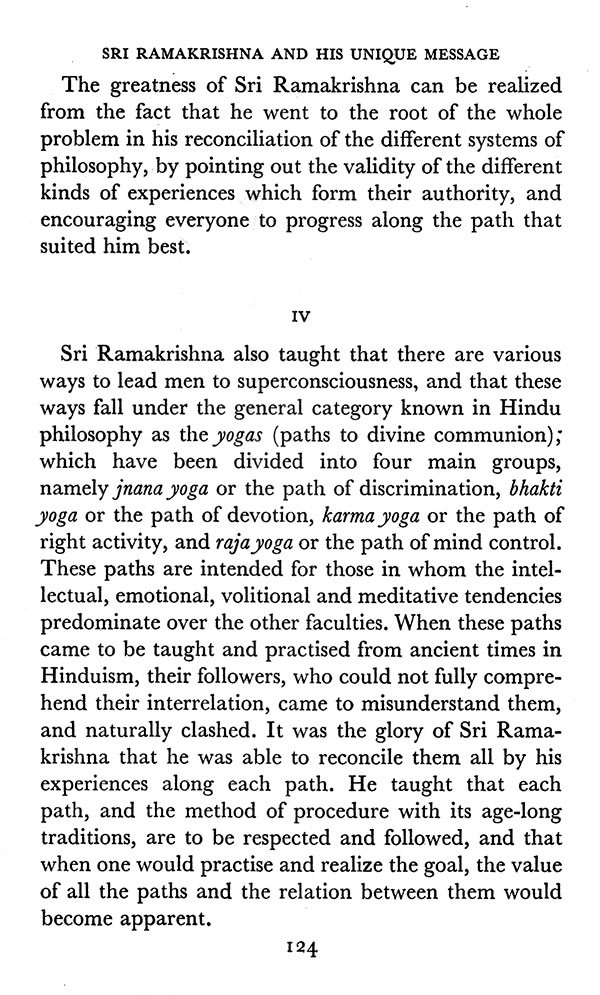 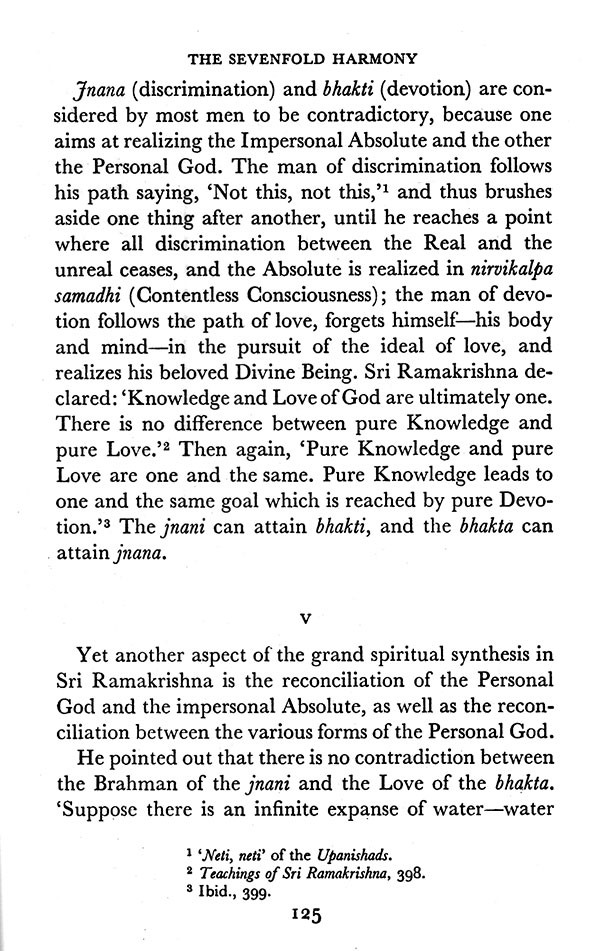 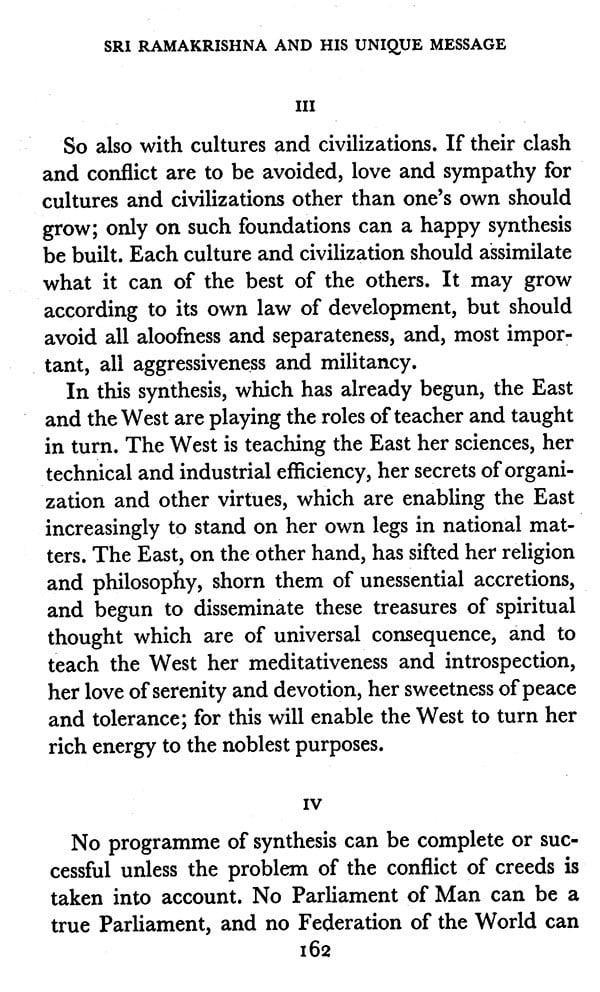 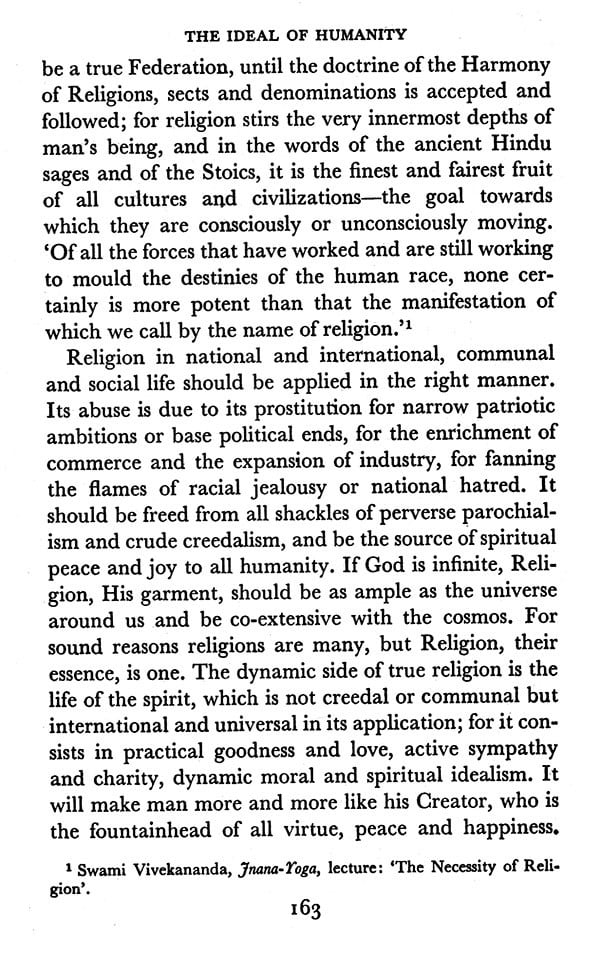