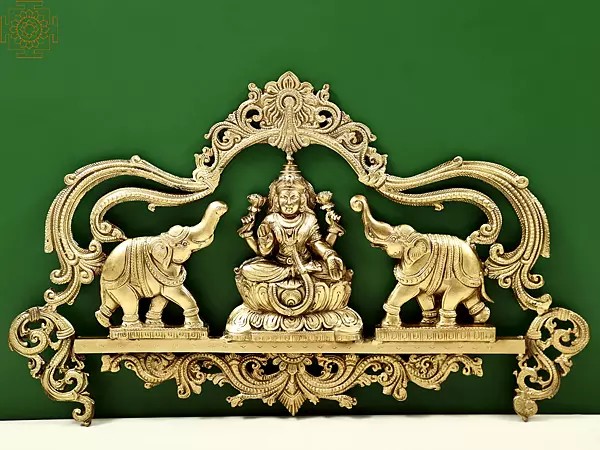 This ornamental bronze work emulating the refined standards and aesthetics of Hoysala artistry pays a wonderful homage to the image of Gajalakshmi, or Lakshmi with elephants. Touted as the most significant aspect of the ‘Ashtalakshmi,’ or the eight forms of Lakshmi, this celestial figure portrays the Mother Goddess of Viashnavism, Shaivism, and Shaktism seated on a lotus throne, and flanked by two elephants that are lustrating her, or pouring water over her. Such Gajalakshmi images have been available to us as early as the second century BCE from the Buddhist site of Bharut, making it one of the earliest historical and visual images of the Hindu goddess.

Lakshmi is seen seated in the yogic posture ‘padmasana,’ and her four arms are carrying the lotus and present the ‘abhaya mudra’ gesture and the ‘varada mudra’ gesture. As a symbol of prosperity, material wealth, good fortune, and abundant luck, the lotus in Gajalakshmi’s hands symbolise purity of thought, self-realisation, and knowledge, while the two gestures dispel fear from the hearts of the devotee and grant blessings of the deity. Elephants, moreover, symbolise grace, a royal presence, and divine strength. Gajalakshmi’s form therefore signifies the presence of the almighty that is benevolent, giving, knowledgeable, yet at the same time resplendent in royalty and powerful in spiritual liberation. 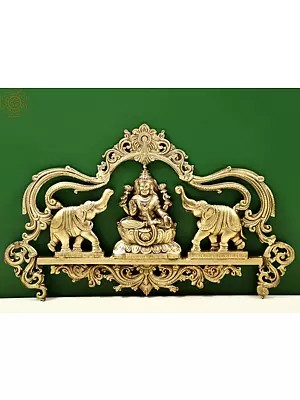 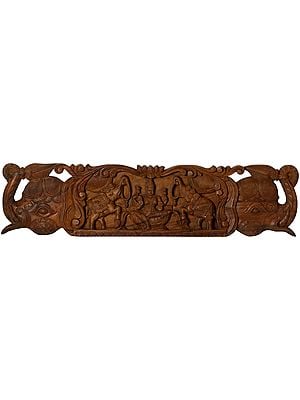 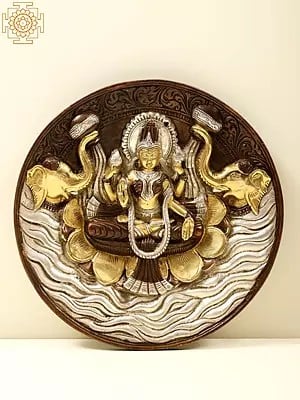 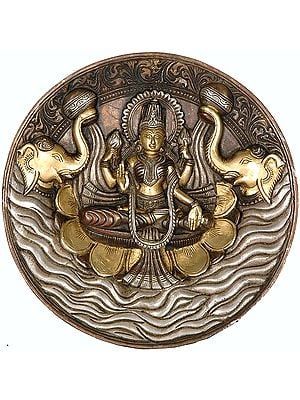 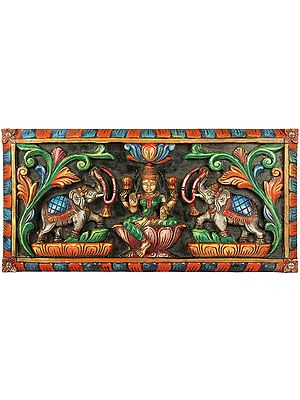 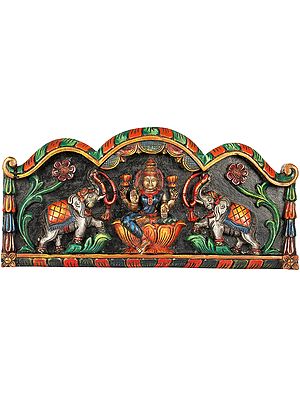 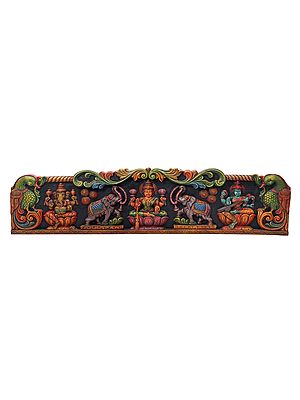