The Divine Suffering Of Lord Avaloiteshvara 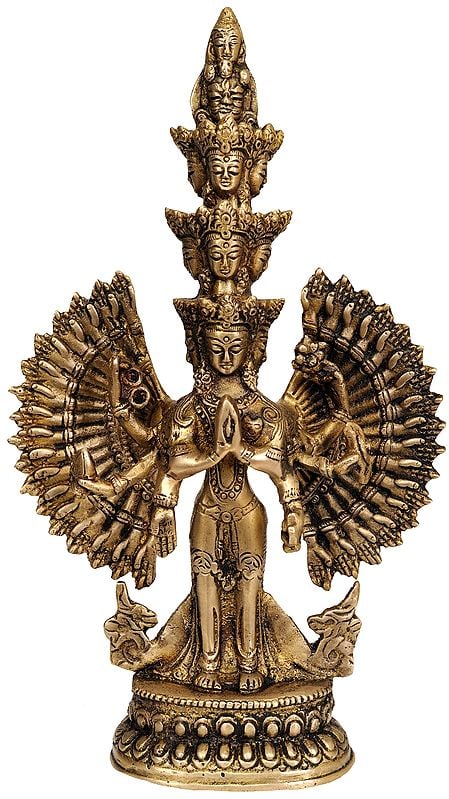 $138.00
There is no one like Lord Avalokiteshvara. From His home in the mount of Potala, He once glanced over into the world that is ours, into ihaloka. Having witnessed for that brief moment the extent of pain and suffering prevailing herein, He broke from inside His divine self. His head split into a thousand heads, His limbs into a thousand limbs. The sculpture that you see on this page expresses on a miniature scale the divine suffering of Lord Avalokiteshvara.

He is standing on a two-tiered pedestal engraved with lotus petals. The base of Mount Potala is at His feet. His anteriormost hands are earnestly clasped before His chest, the rest of His thousands of arms laterally outstretched to form a perfectly symmetrical pair of composite semicircular structures. Head towers above head, each with its own gold crown, from the rim of which emerge a mass of beauteous golden curls.