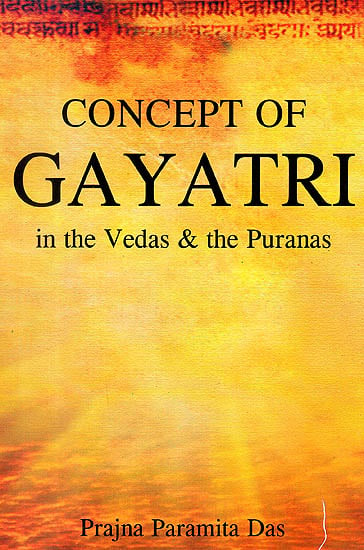 Gayatri is the most popular meter in the ancient Vedic Literature which through the passage of time assumed the distinction of a prominent deity in the later literature especially in the Puranas. Besides the meter Gayatri as a mantra itself which occurs in the Rgveda and other later Vedic texts is considered as the most sacred and powerful mantra and is often alluded as a wish yielding tree for attainment of almost everything in life.

Presently Dr. Das is serving as a principal Biswo Tarini Women’s Degree College, Chhenpali, Keonjhar district in Orissa. She has contributed various papers and articles in journals and magazines.

Gayatri is the most popular meter in the ancient Vedic Litarature which through the passage of time assumed the distinction of a prominent deity in the later literature especially in the Puranas. Besides the meter Gayatri as a mantra itself which occurs in the Rgveda and many other later Vedic texts is considered as the most sacred and powerful mantra and is often alluded as a wish yielding tree for attainment of almost everything in life.

Due to the importance of this mantra and the prominence of the mantra. Gayatri started to be narrated as chandasam mata the mother Goddess the progenitor of the chandas or the Vedas. She is no other then Saraswati and Savitri too.

All her epithets effulgent lustrous beauty power bounteousness etc., beginning from her origin which are scattered in a vast arena of Vedic and Puranic literature has been put here at one place by the diligent and commendable endeavors of Dr. Prajna Paramita Das (Principal) Biswo Tarini Womens College in the Keonjhar district of Odisha for quenching the thirst of knowledge of scholars literatures as well as devotes.

I am happy to write these few words to introduce this indispensable groundwork on the Vedic and mythological subject from which the young and old shall equally be benefited.

Worshipping deities is our religious culture. Worshiping of “Shakti” in the from of mother deities undoubtedly comprises a significant part of this religious culture. In intellectual and spiritual discourses, one can find that neither the scholars nor the spiritualist have every shown the tendency of shying away from reflecting over the importance of worshipping Mother Power. Mother Goddess finds numerous manifestations though the under-lying purposes may. when unraveled thread bare lead to one universal unity Of the numerality of forms, “Vedamata” as Goddess Gayatri was known to the vedic people, finds Herself in twenty four forms. May be Gayatri Mantra or Gayatri Chanda (metre), as one may conveniently regard, finds different forms, the popularity and wholesome benefits that Gayatri bestows upon the devotees can never be put to question. Time is synonymous with flux. It flows from the ages of the Vedas to the ages of computer(s), but the spiritual benefits of the Gayatri remain unquestionably the same. Moreover, Gayatri in Her different forms, has surpassed the frontiers of Hinduism and Gayatri now enjoys universal favor and appeal.

Given universality of Gayatri, I am surprised to bring to the knowledge of readers that few elite writers have made sparing references to Gayatri in their works. Apart from this, there is no literature on Gayatri On personal level, I am brought up in a family of staunch followers of Hinduism and ardent believers of “Mother Power”. Again, I am working as the Principal of a Women’s College christened as Biswo Tarini Women’s College. This vaccum of literature on Gayatri and my religious fervour which have imbibed from family faith and my profession, urged me to write a book on Gayatri. My main endeavour is to provide the scholars and devotee readers with information on Gayatri. I have ensured that apart from unnoticing the concept of Mother Goddess, accounts of the concept of Gayatri, its origin and significance in Vedic as well as puranic literature contribute to the main fabric of the book. A complete chapter is dedicated to the discussion of forms of appearances and iconographical features of Gayatri. Gayatri as a metre, several forms of this metre in different puranas, and relationship of Gayatri with Savilitri constitute the centre of the chapter. Methods of Sandhya worship and Tantric mode of worshipping Gayatri forms the vital portion of the second half of the book. The chapter invested on tantric mode of Gayatri worship has its special significance in terms of the benefits that one derives by committing oneself to Gayatri Sadhana. The conclusion reflects on a logical basis of sustenance of Gayatri even in the teeth of rampart scientific developments. A number of iconographies of Gayatri of different ages have been included in the book for better perception of diverse manifestations of Gayatri in different ages of time. I hope the four appendices which contain the Analogus Gayatri mantra, Gayatri Sahasranama, Savitri Astottarsatanama and glory and advantages of Gayatri Japa would help the scholars and devotees immensely. This book contains eight chapters including an introduction which contains the concept of mother goddess in general the Sakti and its meaning and origin of Goddess Gayatri. 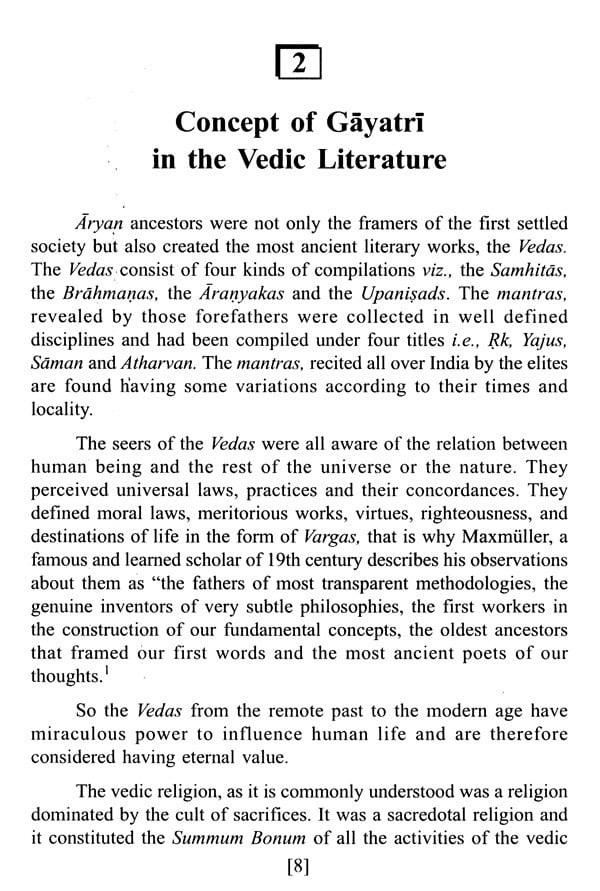 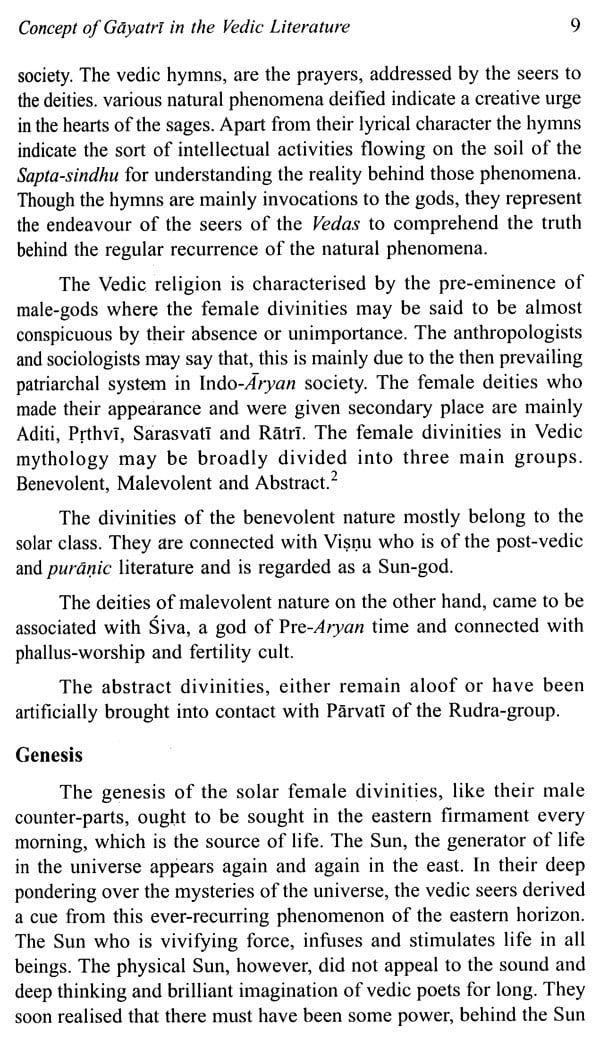 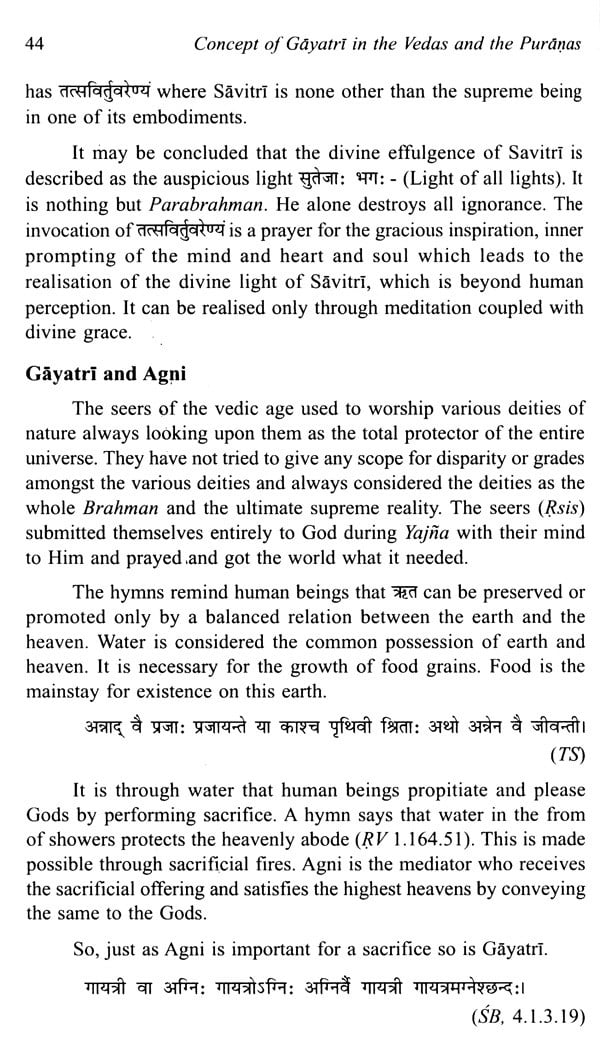 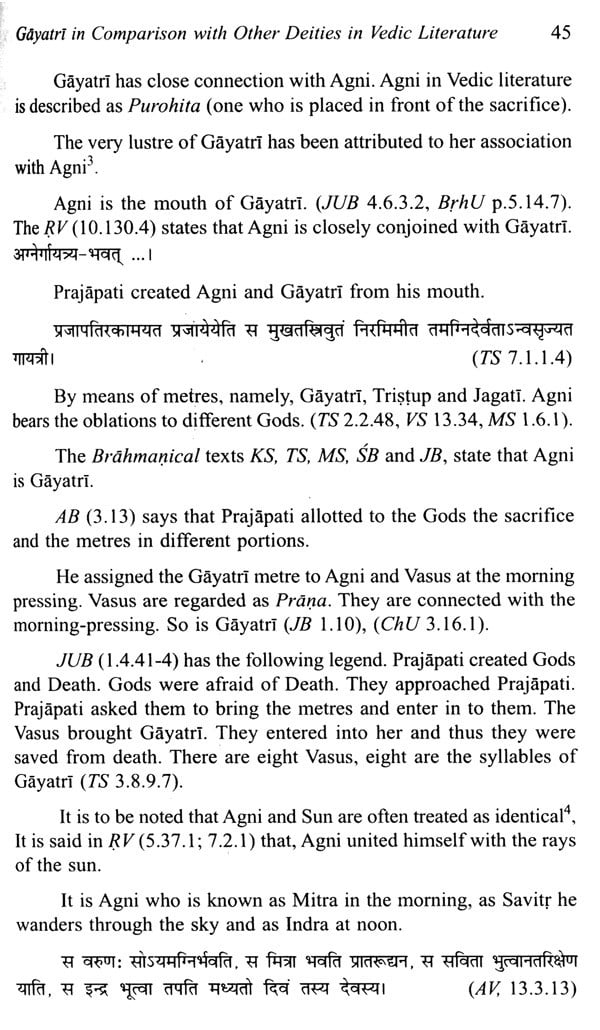 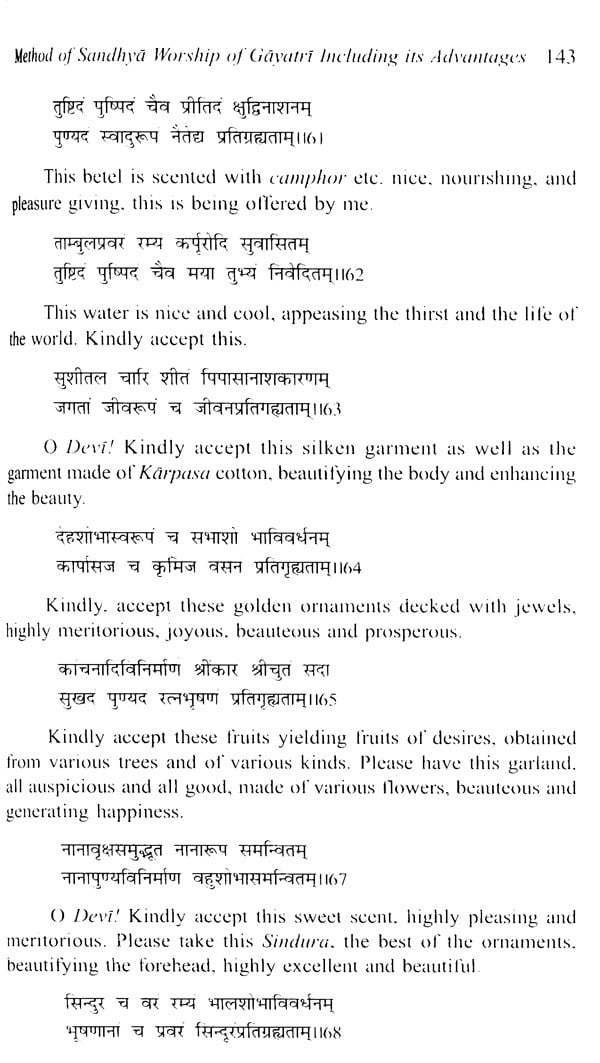 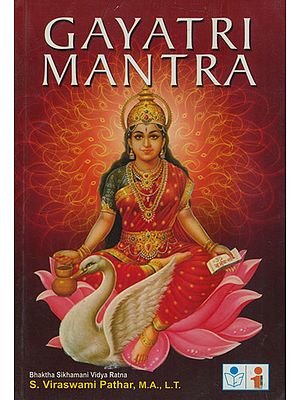 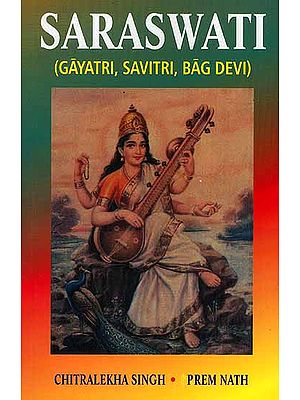 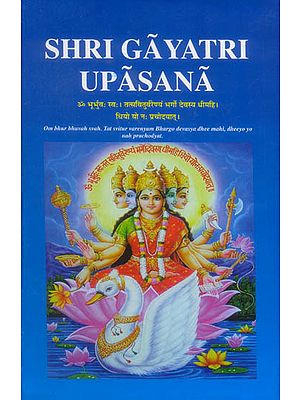 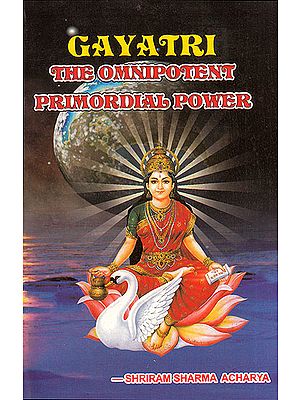 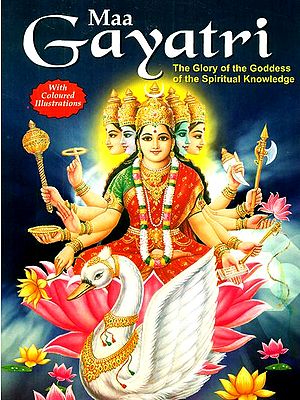 Gayatri: The Glory of the Goddess of the Spiritual Knowledge
By Dr. MahendraMittal & Translated By: IGEN B
$14
Best Seller 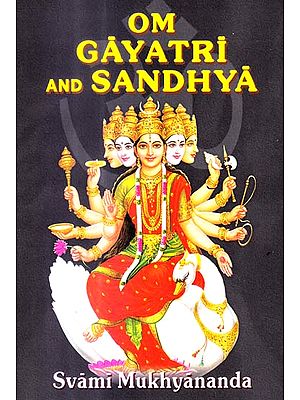 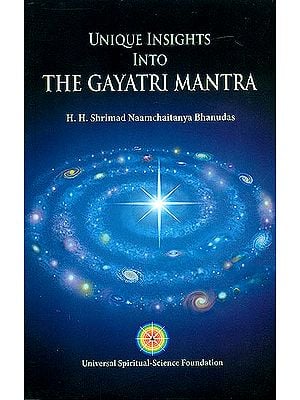