Immense joy fills out heart to place yet another work by our beloved H.H. Svami Tejomayanandaji in the hands of our readers. This commentary on Pancadasi by Svami Vidyaranya will surely be a great help to all student of Vedanta!

Explaining the four great statements of the Upanisads in the fifth chapter, Svamiji puts the most important teachings in a nutshell. Then he elaborates upon the wonderful analogy of the' lamp in a theatre' while commenting on the tenth chapter of this glorious texts of Vedanta. Finally, he throws light on our pursuit of pleasure and shows how the science of the scriptures guides us away from the finite and towards the infinite!

We hope to provide to the readers in near future Pujya Svamiji's commentary on the remaining chapters of this treatise. All the same, we are confident that the words penned down on these three selected chapters will themselves prove to be very valuable.

Pancadasi is the delight of those students of Vedanta who love a lot of logical arguments! In its 1565 stanzas packed in 15 chapters, this text by Swami Vidyaranya covers a very vast ground of the non dual philosophy of the Upanisads. Believed to have been written in the fourteenth century, this is a prakarana grantha, dealing with many categories of Vedantic thought. The Publication in your bands covers only the fifth, tenth and fifteenth chapters of this voluminous work.

Swami Tejomayananda:
The commentator here on the three selected chapters of Pancadasi is the Present head of Chinmaya Mission world wide. As the disciple of Swami Chinmayananda, the world renowned spiritual leader who shed his mortal coils in 1993, Swami Tejomayananda leads the vast organization, a network of nearly 250 centres, built by his mentor across the globe. Swamiji is also a much acclaimed teacher and writer.

Pancadasi is a prakarana grantha, a book of definition for the students to again a better understanding of the import of the Upanisads. It gives precise logic and clears various doubts regarding Vedanta. It is regarded highly amongst the vedantins. Its study is sufficient by itself and can take the seekers to the peaks of knowledge.

Then why so many chapters?
1. Ekam sad vipra bahudha vadanti  The same Truth is explained in various ways for the comprehension of different students.
2. Variety is the spice of life and we enjoy various ways of indicating the same thing.
3. The one Reality manifests variously. Enquiry into its various aspects leads to the same Truth
As Pancadasi gives a better understanding of the theme of the Upanisads, let us determine the theme first.

An insect is caught up in the whirlpool, in a river. However much it tries, it seems to be getting nowhere when out of one whirlpool it gets trapped in another. A compassionate soul watching its plight takes it out with care and places it on the shady bank. The insect may protest and may even bite, not realising the helping hand, but the kind, man lifts it out. Right now we are like the insect, caught up in this world and cycle of transmigration, enjoying, suffering, desiring, and acting again and again. The more we try to get out, the more we seem to get involved. We move from one attachment into another. The compassionate Guru comes along, lifts us out of this rigmarole through the knowledge of Vedanta, indicating a blissful state. The individual is told that he is not finite and mortal, but he is the infinite, immortal Self. Why project happiness on objects and then go after them? The projection is from you, so you are the source of happiness. You are what you seek from the objects and beings of the world. This is the import of the Knowledge of the Upanisads 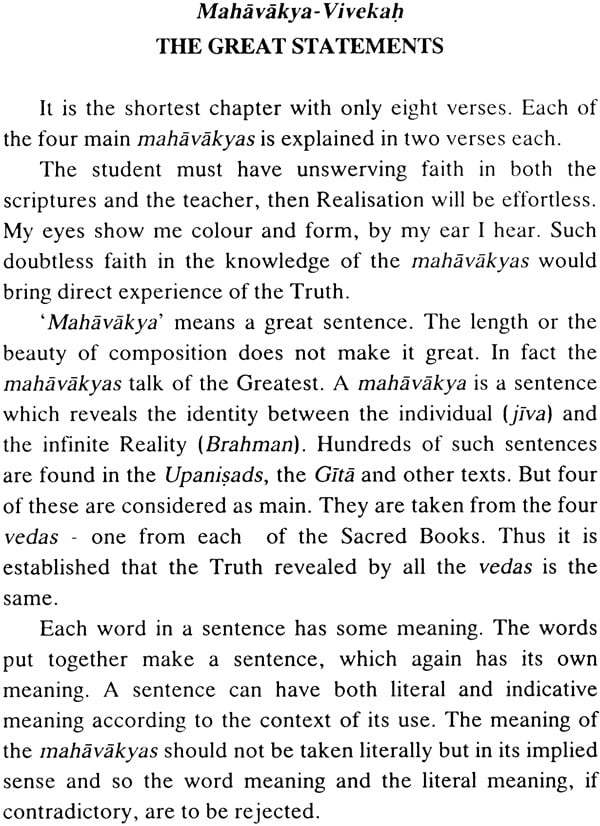 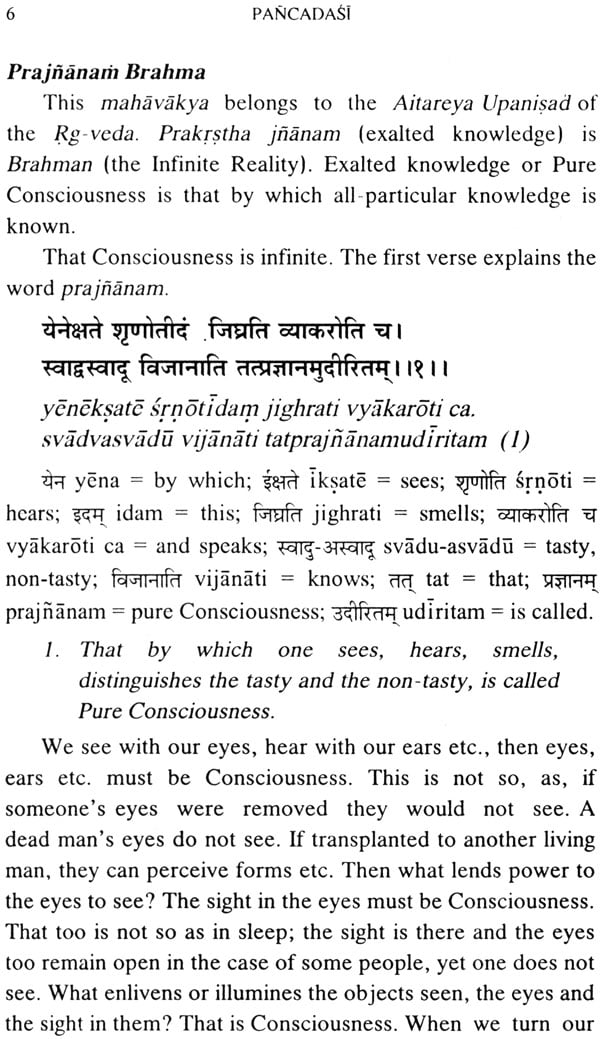 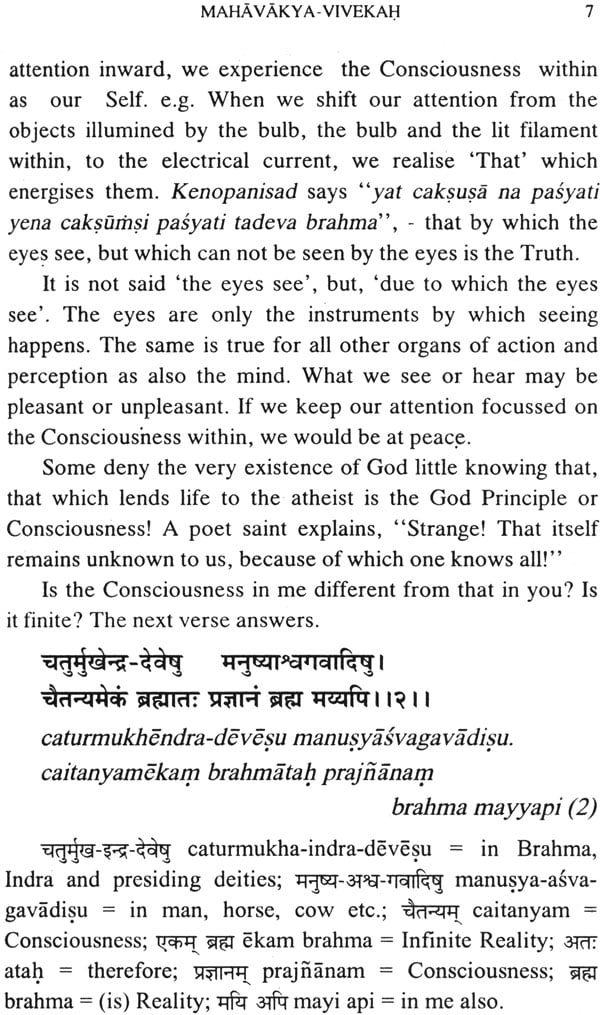 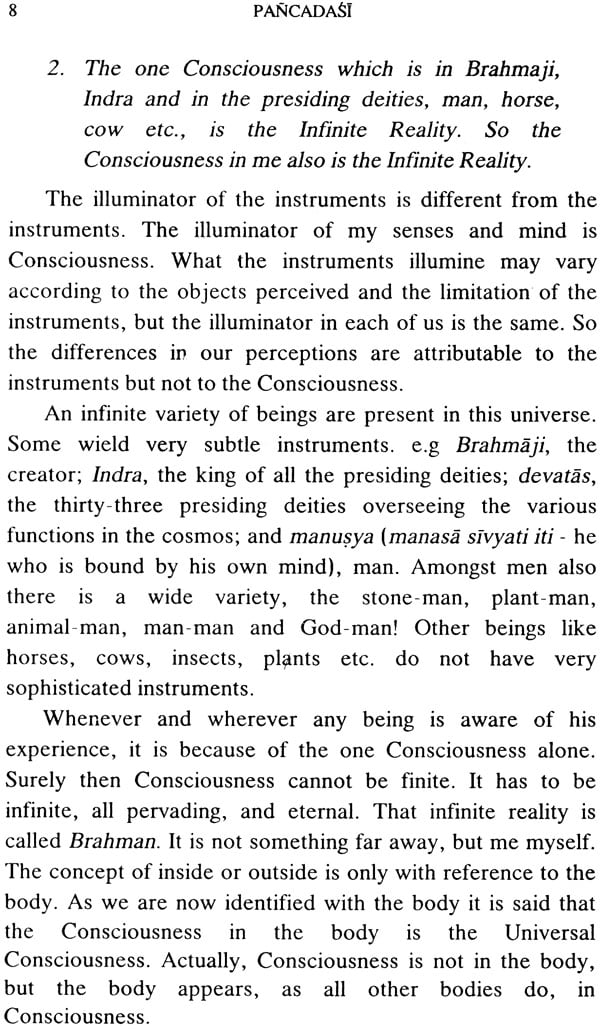 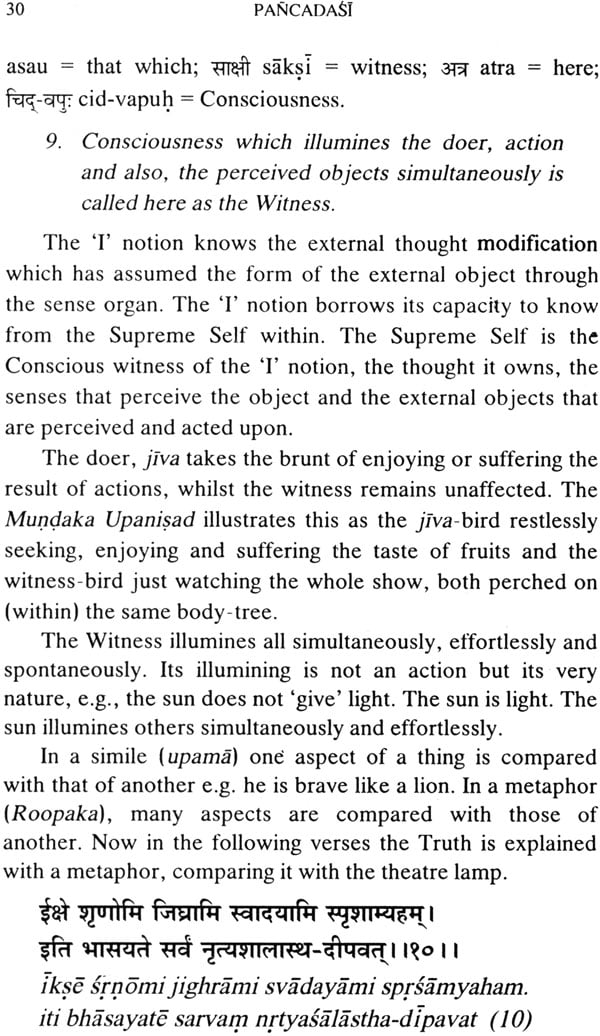 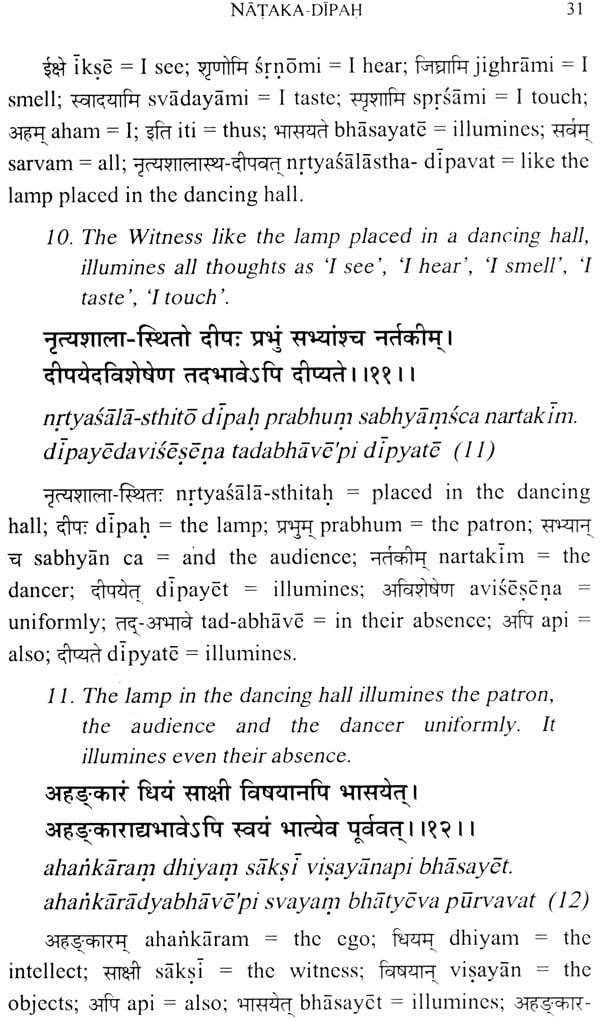 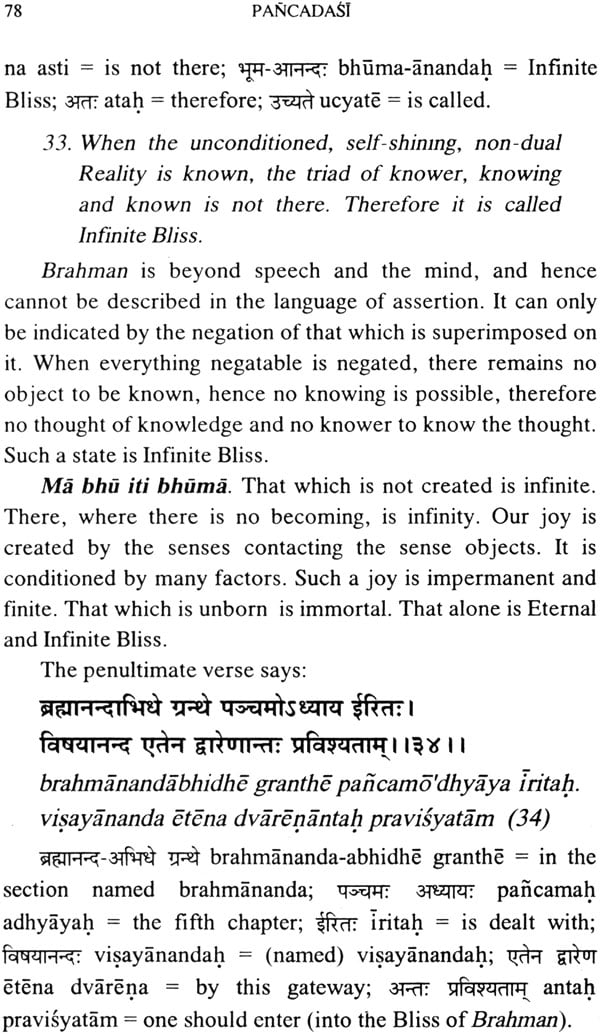 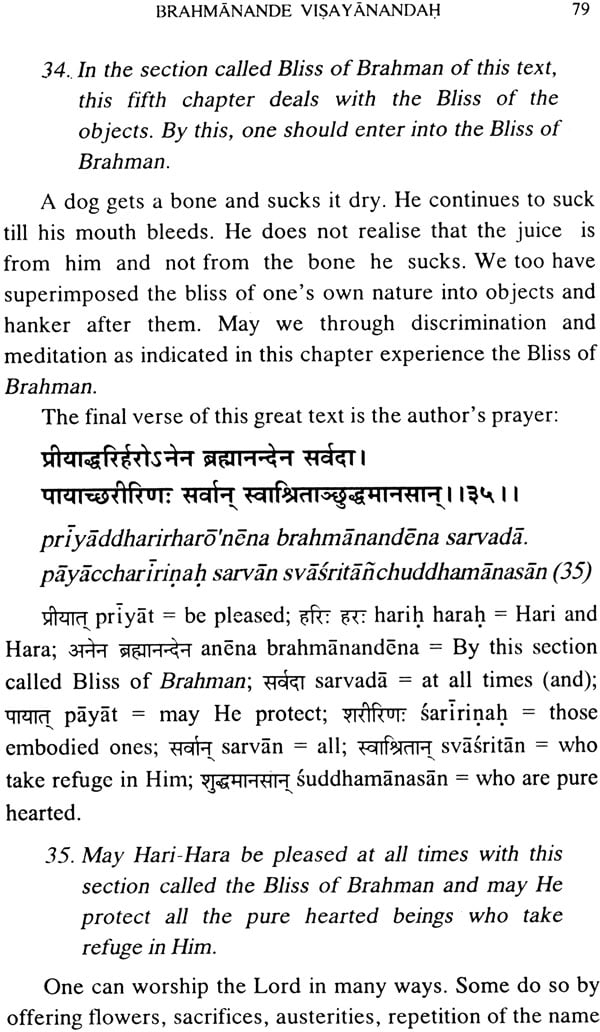 पञ्चदशी: Panchadasi with Commentary
By नारायण आचार्य (Acharya Narayan)
$30
Out of Stock An Introduction To The Philosophy of Panchadasi
By Swami Abhedananda
$8 Quest For Absolutism (Panchadasi for Beginners)
By Swami Ramanujananda
$16 The Philosophy of Advaita
By T.M.P. Mahadevan
$31
FREE Delivery