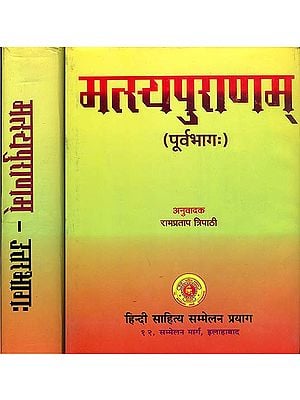 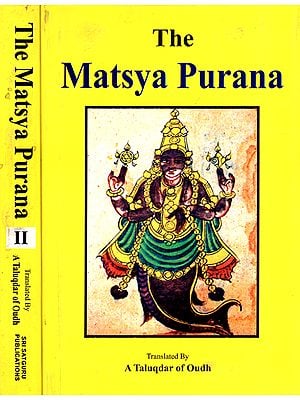 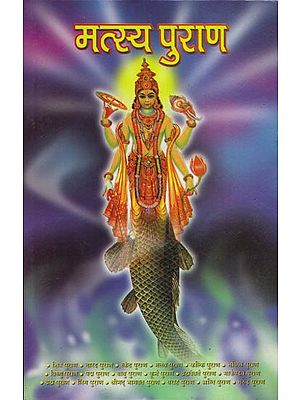 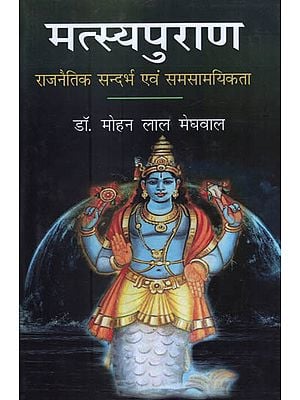 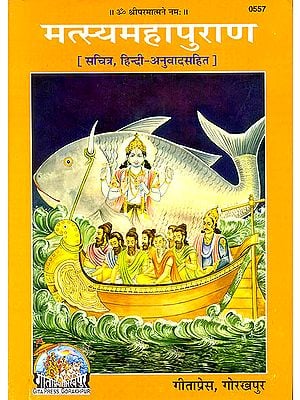 Out of the eighteen Maha Puranas, the Matsya Purana is considered not only important but also comparatively more ancient.

The editions available in print now have 291 chapters and 14,000 verses.

Several dharmasastra works have quoted from this purana profusely.

The purana begins with a dialogue between lord Visnu as the Matsya and Manu. Hence the name Matsya Purana.

A brief account of the contents may be given as follows:

Creation of the world by Brahma and the Prajapatis; destruction of Tripurasura by Siva; Sati's immolation in Daksa's sacrifice; on Karttikeya; wars between the devas and asuras; geneologies of kings of the lunar and solar dynasties; names and accounts of future kings and races; avataras of Visnu (including the name of Buddha); funeral rites; vratas (religious vows and observances); dana (gifts); places of pilgrimage and bath in the holy rivers; varna-asrama-dharmas; duties of women; establishing wells, tanks and gardens for public good; descriptions of hells; stories about the Siva Lingas.