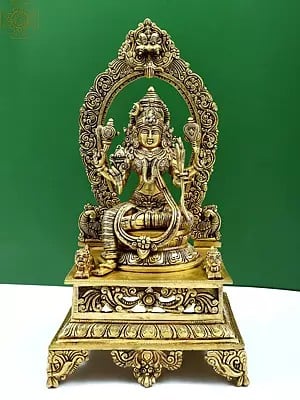 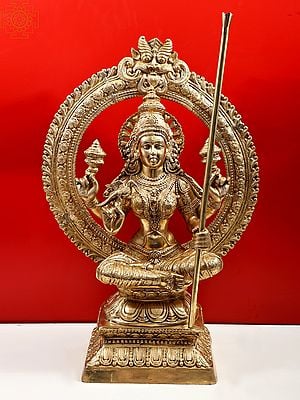 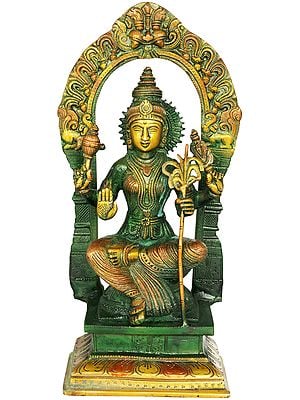 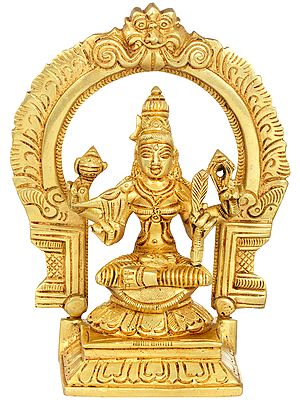 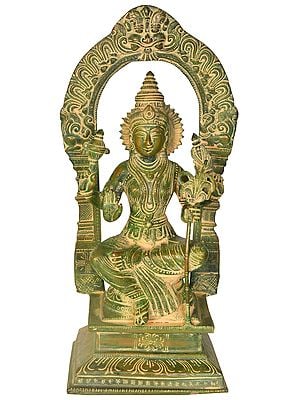 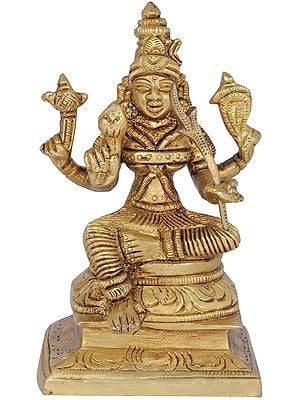 Tripura Sundari, the confluence of all cosmic energies

The consolidated manifestation of all Gods and Goddesses, Rajarajeshwari symbolizes the entirety of the universe' energies. She is the embodiment of enhanced empathy, compassion, forgiveness, and kindness. With no explanation, Rajarajeshwari is called as Avyajakarunamurthy Benevolent. Based on the religious texts, She is seated on Lord Sadashiva, the Cosmic Awareness, who is sustained by Lords- Brahma, Rudra, Indra, and Vishnu. Lord Sadashiva is the Cosmic Awareness. She too is accompanied by Saraswati, the deity of learning, and Lakshmi, the deity of wealth. All 330,000,000 Devas, Lord Ganesha, and Subrahmanya appear to revere her. The mystical manifestations and incarnations of the Devi Rajarajeshwari are the Sri Chakra and the Maha Meru. Sri Vidya, Kamakshi, Lalitha Parameswari, Shodashi, Maha Tripurasundari, as well as other names are also employed to allude to Rajarajeshwari.

Mother Raja Rajeshwari is the Sri Chakra's Absolute Female Deity. She is greater than all deities and gave life to Bramhan while also carrying out genesis, protection, and annihilation all on her own. Since Lord Brahma, Lord Vishnu, and Lord Shiva have all been conceived of Devi Raja Rajeshwari, the gods always pay her their combined reverence. All 33 crore divine beings are believed to dwell in the shape of Mother Lalita Tripurasundari, identified as Sri Chakra.

Her serene, cheerful, and very kind attitude mesmerizes her devotees.

She killed and overcame numerous devils over the period of several kalpas, acquiring the title Aparajitha Devi, or one who could not be defeated. Rajarajeswari Devi is the manifestation of wisdom. The Ashta Digpalakas are governed by the Trimurthis, namely Lord Brahma, Lord Vishnu, and Lord Maheswara. They are alluded to as Rajeswar, and Rajarajeswari is the title of the deity who rule over these Trimurthis.

As she is renowned as alankara priya, she dresses herself with magnificent diamond chains, enormous ear rings, and trinkets on her shoulders composed of diamonds as well as other expensive stones. They symbolize affluence too. According to the Vamakeshvara tantra, Tripura-sundari resides on the peaks of the himalayas, is idolized by wise men and celestial nymphs, has a skin composed of pure gemstone, is encased in tiger skin, has a snake round the her throat, and also has her hair pulled back in a jata. She furthermore possesses a trident and percussion, is accessorized out in precious stones, blossoms, and charred remains, and rides an enormous bull.

Only she represents Atman. Apart from She, nothing else represents self or reality. Brahman-Consciousness is her essence. She is a surge of Being-Consciousness-Bliss, the Vidya of Intelligence, and non-dual Brahman Awareness. The three major cities' splendor is dazzling, nondual, and self-sustaining, penetrating both the exterior and the interior. Pure Existence, pure Awareness, and pleasure are everything that exists and illuminates. The Maha-Tripura Sundari, who can assume any form, is hence present. The Maha Tripura Sundari encompasses both of us in addition to the entire world, all gods, and everything in between. The thing alluded to as "the Beautiful" is the sole Reality. The nondual, undivided, supreme Brahman is exactly what it is.

Q1. Are there any unique manifestations of Rajarajeshwari?

She is frequently represented visually as a 16-year-old girl lying on a lotus that is sustained by Sadashiva's supine torso.

Q2. How is Goddess Rajarajeshwari connected to Lord Shiva?

The wife of Lord Shiva, the goddess Rajarajeshwari is also alluded to by the titles Uma, Parvati, and Kali.