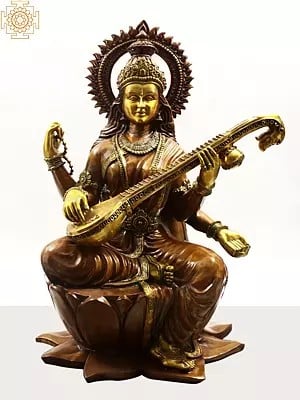 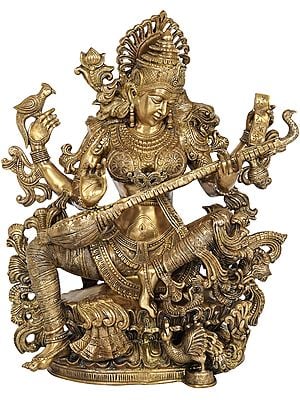 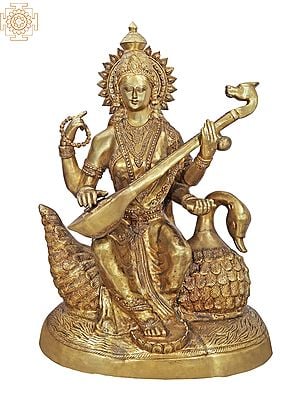 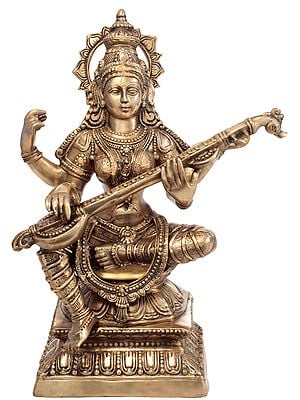 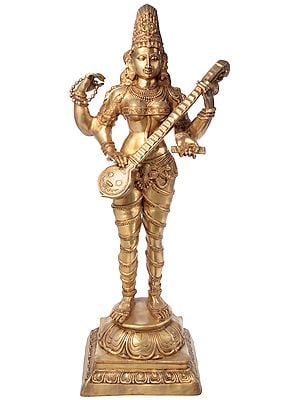 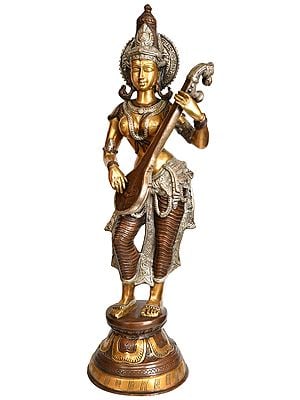 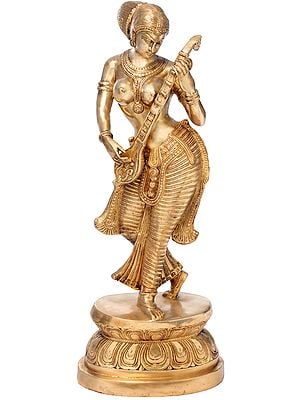 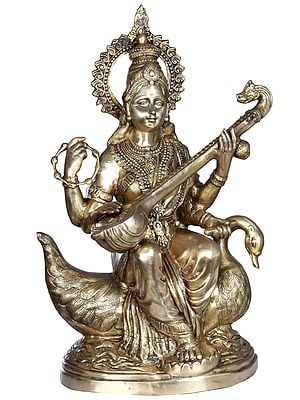 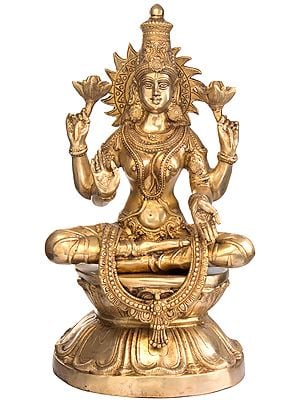 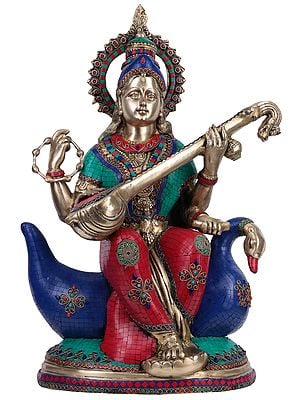 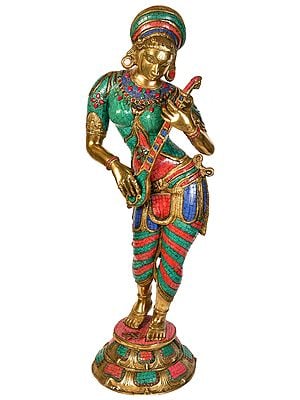 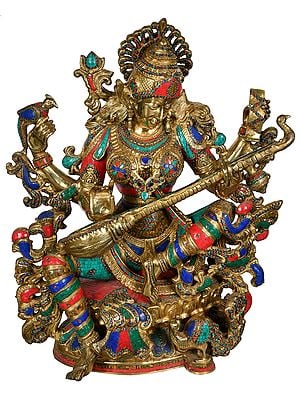 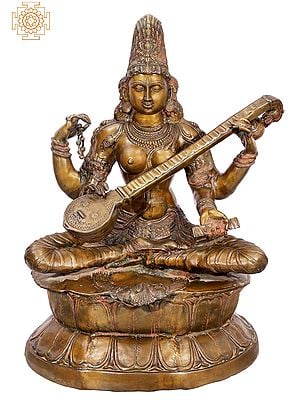 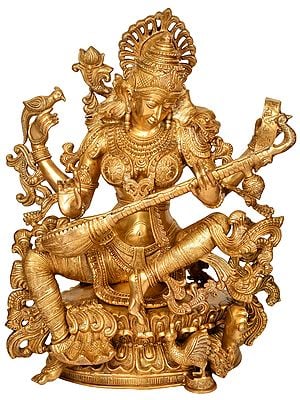 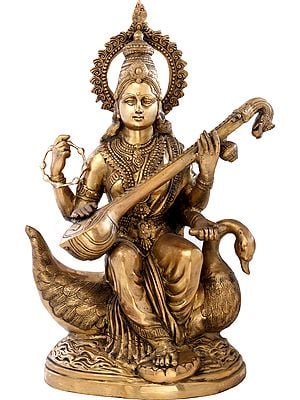 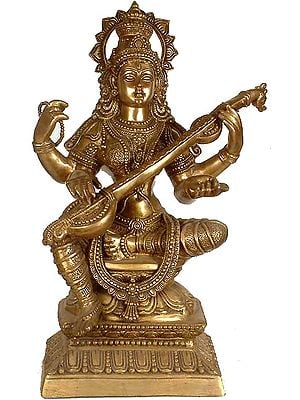 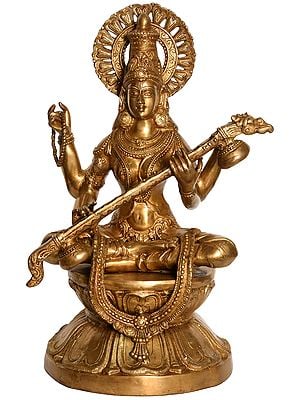 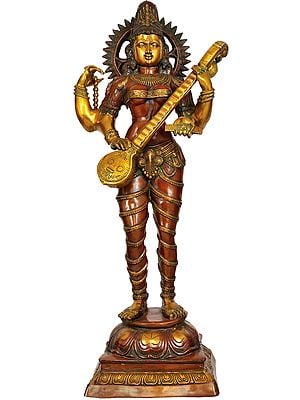 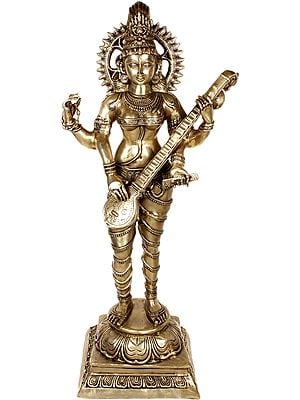 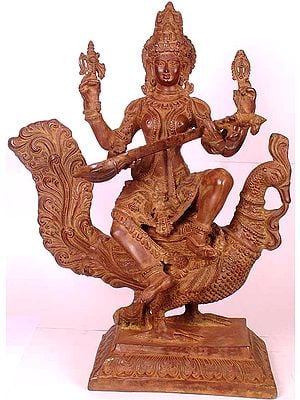 The divinity of wisdom and music, goddess Saraswati, the essence of self

Even though most female aspects of God (Devi) have traditionally represented reasonable characteristics and authority like knowledge, riches, recovery, meals, etc., whereas the male type of God (Deva) is affiliated with resilience and defense. Among them, Deity Saraswati has emerged as an important figure due to how much she continues to stand for (experience and intelligence) and also how she introduces herself (cool and collected and in her personal world). The name Saraswati, that also means "she who seems to have..." or "she who now has flow," ” is derived from the Sanskrit terms saras, that implies "flow," and wa, that implies "self." Saraswati is highly regarded by individuals who seek greatness in knowledge, schooling, music, and being a strong woman.

As per Hindu texts, her beginning is equally substantial towards the harmonious relationship and development of the world as her existence. After constructing the Universe, Brahma investigated what he had generated and discovered that it was an untapped and wholly insufficient concept. Brahma made the choice to develop the true essence of knowledge in order to assist him in this incredibly huge task of designing a form. The divinity of understanding and wisdom, Devi Saraswati, then manifested from his throat. The solar system, moon, and stars all happened to come into existence as a consequence of Saraswati emanating from Brahma and beginning to guide him in the process of bringing about order in the universe. She eventually married Brahma since their union created the existing regime. The goddess Saraswati stated that “, "Knowledge helps a man discover possible scenarios where he previously saw troubles." Under her advice, Brahma managed to learn to sense, assume, understand, and interact. He started viewing turmoil via savvier eyes, and as a direct consequence, he started to recognize the delightful possibilities that lay inside of it. In the hue and cry of the turmoil, Brahma did hear the tune of the mantras. In his sheer delight, he alluded to Saraswati as Vagdevi, the deity of speaking and noise. The universe was swamped with prana as a direct consequence of the noise of mantras. The universe started to take shape, as well as the sky brimming with stars soared to establish the heavens. The ocean fell into the depths below, and the earth was situated in the center.

Despite having invented Goddess Saraswati, Lord Brahma might have been moved by her grace and splendor and chose to claim her for himself. Lord Brahma tried to continue pursuing her in the shape of a cow, the mare she had concealed, however he was ineffective. These intimate suggestions in Brahma's head constricted conscious experience and awakened the ego. Shiva, the omnipotent ascetic, was woken up from his mindfulness and the harmony of the universe was disturbed. When Lord Shiva first opened his eyes and started to notice that Goddess Saraswati was uncomfortable, he emerged in anger and happened to change into Bhairava, the Master of Fear and panic. His growl was fearsome, and his eyes were red. He lept at Brahma and ripped off his fifth head with his sharp talons. Brahma's fierceness was subjugated by the conflict.

Q1. How does Goddess Saraswati bless her disciples?

The goddess Saraswati is attributed with granting people the skills of speaking, knowledge and understanding, and acquiring knowledge.

Q2. Why is Saraswati seated on a Lotus?

The lotus is the eastern representation of the psyche that opens to the Sun's brightness.