Books in Oriya on Mahabharata 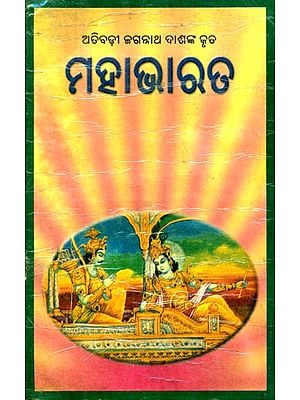 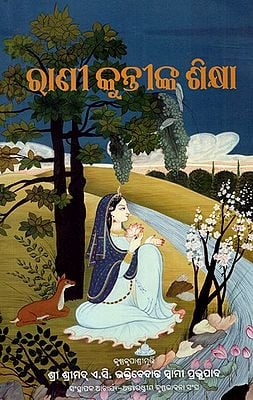 Unveiling The Hidden Link of Mahabharata and Oriya - Choudwar

Indians have been captivated by the tales from the epic "Mahabharata" for millennia.The epic details the clash between the cousins Pandavas and Kauravas prince  during the "Dwapara Yuga,". At Kurukshetra, the two sides engaged in a titanic combat to determine who would rule supreme.Most people believe that the characters and events of the Mahabharata were mostly limited to northern and western India. However, we are unaware of the unique connection between the Pandavas and  Lord Krishna that the Choudwar-Tangi region of modern-day Odisha has.

According to legend, Choudwar served as the royal residence of King Virata, who ruled the "Matshya Desha'' during the "Dwapara Yuga." He had built a grandiose palace in the heart of his city. His capital was blessed with magnificent Shiva temples. The temples were also known by their common names, Maninageswar,Bateswar,  Uttareshwar, Jhoteshwar, Balunkeswar, Kapaleswar, Chateswar, and Kedareswar.

According to the locals, King Virata had two sizable ponds dug close to his palace. The Pandavas are thought to have spent the final year of their exile at Choudwar. To avoid being discovered by Duryodhana's spies, they and Draupadi were disguising themselves. The second Pandava brother, Bhima, is credited with killing Kichaka, the brother-in-law of King Virata who had attempted to offend Draupadi's modesty, at Choudwar. According to the locals, Choudwar hosted the wedding ceremony for King Virata's daughter Uttara and Arjuna's son Abhimanyu. The wedding ceremony was graced by the great Lord Krishna, his brother, Lord Balaram and various significant rulers and deities.

The significance of the Kurukshetra war

Despite the fact that Lord Sri Krishna chose Kurukshetra for the battle, there is a reason why he made that decision. The scriptures claim that as soon as the Mahabharata battle was decided, the region was searched.In addition to establishing religion, Lord Krishna planned to use this fight to destroy the rising evils on Earth.According to legend, Lord Krishna feared that the Kauravas and the Pandavas may reach an agreement after witnessing one another die in this conflict. So he made the decision to pick a place for the conflict where there is enough hostility and animosity. Krishna did this and sent his emissaries to survey the scene from every angle.

Messengers summarized the occurrences and explained them one by one to Lord Krishna. One of the messengers related a story about a younger brother in Kurukshetra who was urged to stop rainwater from entering the farm but refused to do so. The elder brother was enraged and killed the younger brother with a knife before dragging the body of the deceased man to block the water's source.Krishna came to the conclusion that this area was suited for the conflict after hearing this genuine story. Then, Sri Krishna became firmly convinced that the local customs would prevent the brothers from growing close during the conflict.

Q1. Who was the Pandava prince, Arjuna's favorite wife?

The sister of Lord Krishna, Subhadra was Arjuna's most beloved wife. She was given more attention as she was Arjuna's favorite friend's sister.

Q2. Can the Mahabharata be called a religious text?

No, the Mahabharata isn't a religious tale according to several great sages and gurus. It is a version of the nation's history.