Books in Oriya on Upanishad 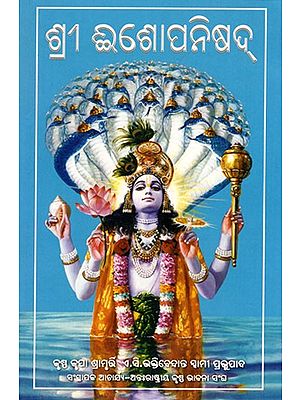 Glimpsing through the supreme work of the Indian mind: The Upanishad

Upanishads are usually referred to as Guhya (mystery) or Rahasya (secret). The name "Upanishad" originates from the word Sad (to sit), to which additional prefixes, Upa and Ni, have been added. Upa is a prefix that implies proximity and Ni entirety. As a result, this word denotes "devotedly sitting close by." This most likely refers to the student sitting down next to his teacher during class. Over time, the idea of private philosophy (Rahasya) that was taught at these gatherings came to be associated with the name. According to the Upanishads, a teacher will decline to teach a student who has not demonstrated his worth to accept the instruction because of the confidentiality and enigma of the lessons.

The nature of the world and God is the central theme of the Upanishads. They re-present the final stage of Vedic enlightenment. They stand for Brahman's wisdom (Brahma-Vidya). This planet, what is it? What is my position in this universe? What happens to me after I leave this world? These Upanishads pose and address such queries.   The phrase "Ekam sad vipra bahudha vadanti" comes up repeatedly several times in the Rigveda. This is reinforced in the Upanishads and is very effectively demonstrated there. The notion of liberation and authentic wisdom are fundamental subjects within Upanishad philosophy.

The world of Isopanisad

It is fundamental and also one of the shortest among the sacred Upanishads, with only 18 verses. Isopanisad is the sole Upanishad that is a Samhitopanishad or committed to a Samhita. The Isopanishad discusses the absolute reality, Brahman, Atman, and the road to salvation, Moksha.  The four hundred verses of the Brihadaranyaka Upanishad, which is also committed to the Brahmana, are seen as an expansion of the Isopanishad's eighteen verses. The three main topics covered in the Isopanishad are the Nivrttimarga, Pravet Timarga, and the "third way." The initial part of the first verse, "Isavasyam Idam Sarvam," gives this Upanishad its name. According to this poem, Brahman encompasses the entire world and urges us to all work towards attaining the "Paramatma Tatva." The Svara (tone) for this Upanishad is also accessible, making it one of the few that may be chanted.

The four aims of human life are artha, dharma, moksha, and kama, according to the sacred Hindu shastras. The term "dharma" can mean a lot of things, from morality and righteousness to justice and responsibility. Artha and Kama are terms for money and desire, respectively, that are accomplished through dharmic means. These three terms—dharma, artha, and kama—signify the short-term objectives of one's life. However, "moksha" or escape from the cosmic cycle of life and death is the ultimate goal of existence. All six orthodox schools in India (Yoga, Samkhya, Nyaya, Vaisesika, Mimansa, and Vedanta), as well as non-orthodox schools (Buddhism, Jainism), acknowledge moksha and karma as the most crucial tenets of human existence. Sannyasins, also known as "nivritti marga," are people who have abstained from worldly ties and engaged in jnana sadhana in order to reach moksha. On the other hand, "pravritti marga" are those individuals (the majority of homeowners) in whom cravings nonetheless persist. The Isopanishad outlines Atma and the road to moksha. The life of a living being, no matter how large or small, is assigned a clear purpose and significance according to Hindu philosophy. However, only individuals possess the ability to transcend their basic nature and advance to the higher realms of consciousness. However, individuals who follow the "third route" lead carefree lives and endure many births.

Q1. What do the Upanishads teach devotees?

The Upanishads discuss the several religious ceremonies that devotees conduct and their position in the entire cosmos.

Q2. Which Upanishad is the longest?

Brihadaranyaka Upanishad is known to be the longest sacred Upanishad.