Books in Oriya on Ramayana 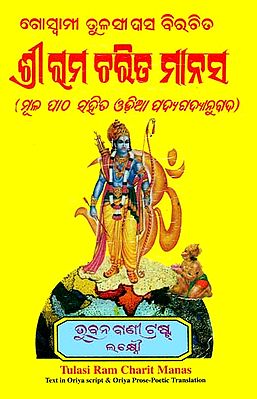 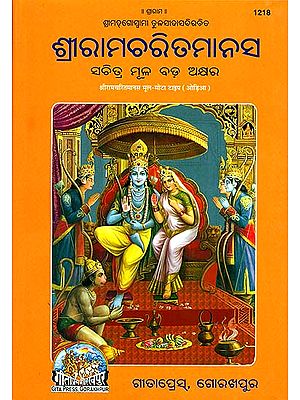 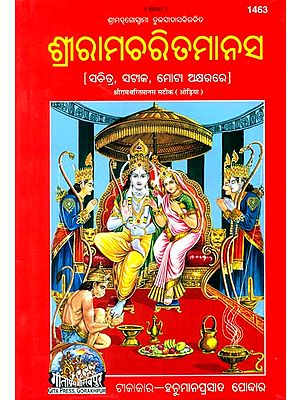 The Substance of the Ramayana Exemplified In An Authentic Form, In An Indo-Aryan language - Oriya

The Ramayana is something beyond an extended, confounded, incredible story. The account is very intricate on the grounds that it has various subplots, and stories inside stories. Its center plot is clear and doesn't need a lot of thought to understand. It features the core standards of Hinduism and reminds the crowd how essential profound quality and upstanding way of behaving are to keeping world order and consistency. One can likewise track down implied illustrations and secret imagery in it. The epic Ramayana imparts a wealth of knowledge. It emphasizes the frailty of human existence and the idea that even God, in his earthly incarnation, is not exempt from suffering. It teaches us that despite challenges, moral obligations should remain a priority for people. They should emulate Rama and continue down the path of virtue, resisting the urge to give in to evil forces and temptations.

They should also take note of Ravana's lesson that when knowledge and power are polluted by ignorance, wants, egoism, and delusion, they can turn destructive. The epic serves as a metaphor for the impact of dedication on human existence and the close relationship between God and his followers. God took on the form of Rama to give people a perfect example to imitate in order to free themselves from suffering. The name Ramayan relates to Rama's journeys. It can be seen symbolically as the spirit migrating into the realm of Prakriti or the world of humans. Rama can also refer to a beautiful woman, a respectable person, or a spouse.  It alludes to Sita, the Mother Goddess, and her struggles as Rama's wife traveling alongside him in the path of dharma. The word "Ram" refers to the epic's protagonist, Rama, who is worshiped by Hindus as Vishnu in human form and as God himself. Ram is an expression for pleasure or enjoyment. Ram or Rama signifies the one who enjoys or takes pleasure in creation's play. It is a reference to God or the Self (Isvara). The word ayanam means to travel, to move, to stroll, etc.

The World of Ramayana Elucidated

The legendary epic, Jagamohana Ramayana, was composed by Balarama Dasa of Orissa. In spite of the fact that it's anything but a literal interpretation, this work is a retelling of the Ramayana. This rendition presents the story as Lord Shiva telling Goddess Parvati a story. The two take part in the talk, which drives the plot forward. The story starts when Shiva successfully wins Parvati’s heart. Shiva tells Parvati the story of Rama in the wake of uniting them. King Dasarath's struggles to organize a yajna to have a child, denotes the start of the Ramayana's story. The text follows the Sanskrit Ramayana's principal storyline.

The book enjoys immense popularity among the Odia population, because of the cultural references made several times in the epic.  It shares a ton of intents and purpose with the Jagannath culture; even to the extent that Lord Jagnnath might have composed a few sections of the epic. The book additionally reveals insight into a few significant parts of present day Odia life. Pregnancy-related traditions, ceremonies, and depictions are undeniably included. There are depictions of the social traditions that come after labor. There are records of the environmental gloriousness of Odisha, as well as its way of life, food, and attractions. The famous Indian dishes of the day, including Puri, Malpua, Laddu, and Rasgulla, are likewise referenced.

Q1. How long did the central character of Ramayana live?

The great Lord Rama is known to have a fulfilling life for 150-175 years.

Lord Rama was known to be fond of an Indian sweet dish called Kheer.