Books in Bengali on Children 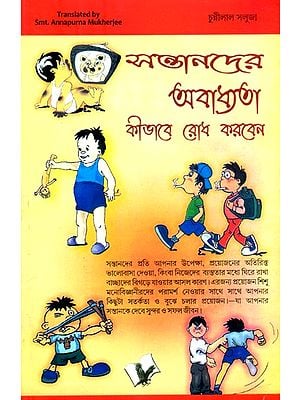 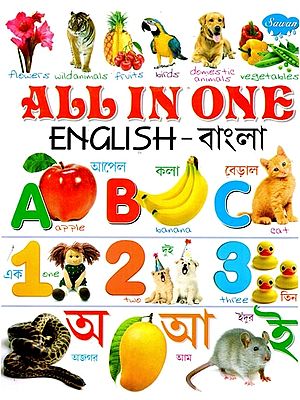 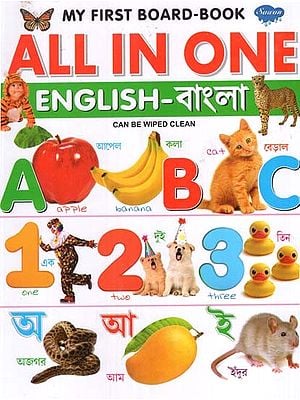 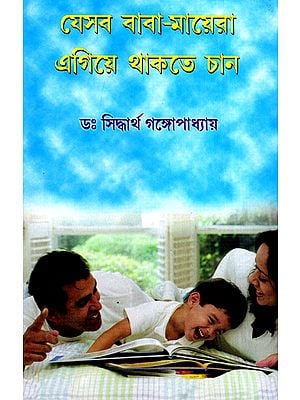 Jesab Baba-Mayera Agiya Thaktae Chan (A Book on Consus of Parents About their Children in Bengali)
By Siddhartha Gangopadhyay
$15.75
FREE Delivery
$21  (25% off) 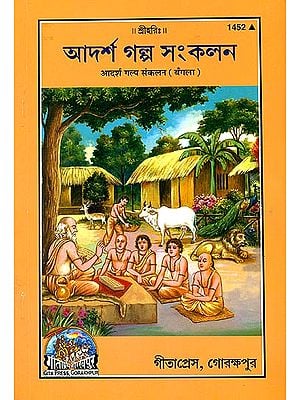 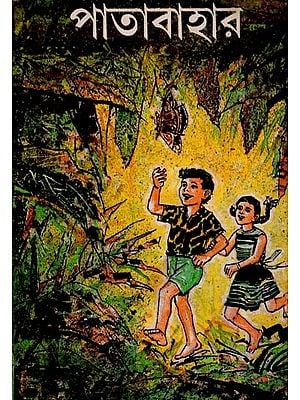 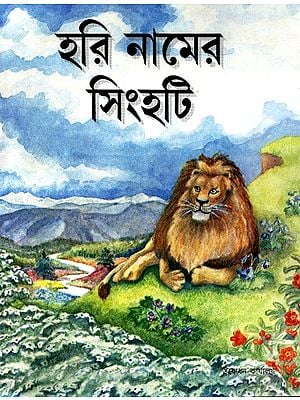 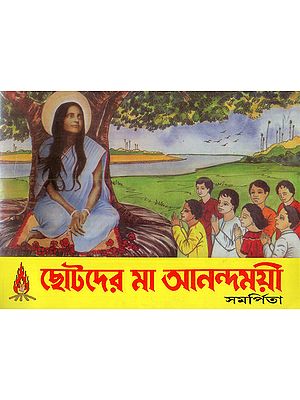 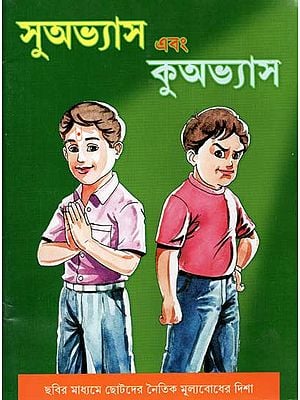 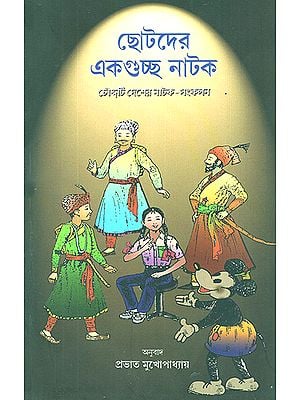 Together in Dramaland- Children's Drama from Asia and The Pacific (Bengali)
By Prabhat Mukherjee
$18.75
FREE Delivery
$25  (25% off) 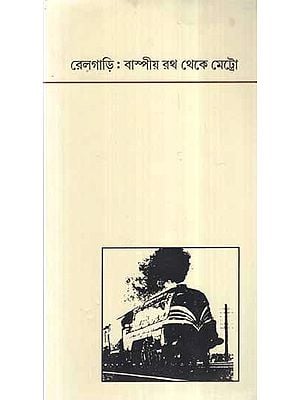 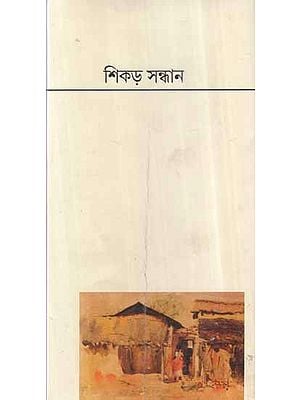 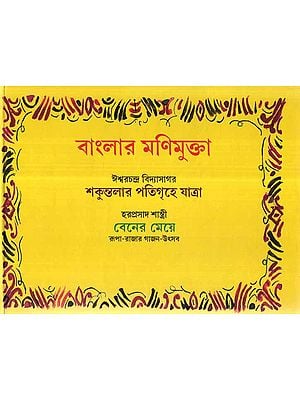 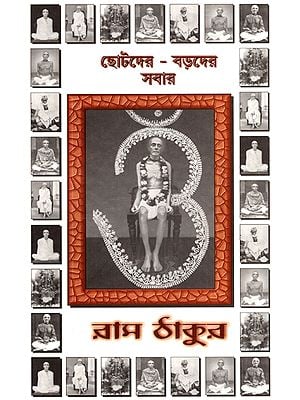 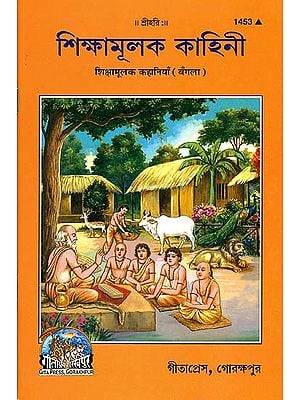 The Evolution of Bengali Children’s Books, the first stepping stone for Young bloomers

Bengal was and still is a major hub of Indian art, culture, and literature. Bengal has brought to the world scholars such as Rabindra Nath Tagore, Raja Ram Roy, Kazi Nazrul Islam, Bankim Chandra, and Ishwar Chandra Vidyasagar. The term 'Bengali literature' refers to all literary works written in Bengali, whether from Bangladesh or West Bengal. Bengali literature is one of the oldest known existing literature, with a history dating back centuries. Bengali literature, like Bengali music, has a rich history that is an important part of the Indian cultural legacy. Bengali children's literature has evolved rapidly, with writers dabbling with a variety of genres, including adventure, mystery, horror, sci-fi, fantasy, history, as well as sport. Despite its success since its inception in print, Bengali children's literature is relatively unknown beyond the Bengali-speaking world.

Nitikatha, publicly released in 1818 by the Calcutta School-Book Society, formed the basis of Bangla children's literature. Niti Katha, a collection of eighteen educative stories, was intended to be utilized as a textbook and was not published with children in mind. Nonetheless, it is the first Bangla book in this genre. Iswar Chandra Vidyasagar played a major role in children's literature with Bodhodaya, Varna Parichay, Kathamala, Charitavali, and Akhyanmavjari, Akshay Kumar Datta with Charupath, and Madan Mohan Tarkalankar. Balak, transcribed by Swarna Kumari Devi, was among the first magazines authored specifically for children.

Rabindranath Tagore's works marked a monumental moment in the history of children's literature. Children's literature had previously been primarily educational, intellectually stimulating, and moral in nature, but with him, it became interesting. Inspired by Rabindranath Tagore’s writing style with respect to children’s literature, there were many writers and poets who brought about this change in the nature of Bengal children’s literature. One such eminent author was Dakshinaranjan Mitra Majumder, who authored Thakurmar Jhuli. This book is a trademark in children’s literature in Bengal because it was the first literary piece that strayed away from didactic topics and explored more interesting subject matter. Thakurmar Jhuli is a set of traditional Bengali folklore assembled by Dakshinaranjan Mitra Majumder. It is regarded as a defining moment in the history of Bengali Children's literature as it signaled a shift away from previous religious and informative texts aimed at children. While still virtuous in character with its good vs. evil themes, Thakurmar Jhuli paved the way for a restoration of Bengali oral tradition — a slew of human and animal protagonists, the implausible, and the mystical all came together to bring an element of entertainment in children's literature.

Bengali literature has since made important contributions to the field of children's literature, and it is one of the most magnificent languages, with many influential writers devoted solely to the intent of writing for children, such as Narayan Debnath and Upendra Kishore Roychowdhury. Bengali Children's literature is also known for its prolific depiction of emotional reactions and real-life from a socio-cultural-behavioral perspective, via beautifully inscribed fictitious characters such as Hada-Bhoda, Tenida, Pancha Pandab, and others.

Q1. What are the main themes dealt with in Bengali Children’s literature?

Before Rabindranath Tagore’s influence on the literature of Bengal, the nature of children’s literature in Bengal was didactic and primarily created with the intention of educational use. However, this change started with Rabindranath Tagore, and more interesting and fun concepts were picked up by writers. They explored the use of mystical elements, fantasy, and fiction to speak of moral values and other related concepts.

Q2. What is the most well-known piece of literature in Bengali Children’s literature?

Thakurmar Jhuli by Dakshinaranjan Mitra Majumder is a renowned name in Bengali Children’s literature. Its popularity owes itself to the shift in the writing style of Children’s literature that was brought about by this literary piece. It encompasses a vast selection of traditional Bengali folk tales, that are written for the reception of children.